Reports of a shooting near Austin-East High School during its homecoming football game came in around 9 p.m. 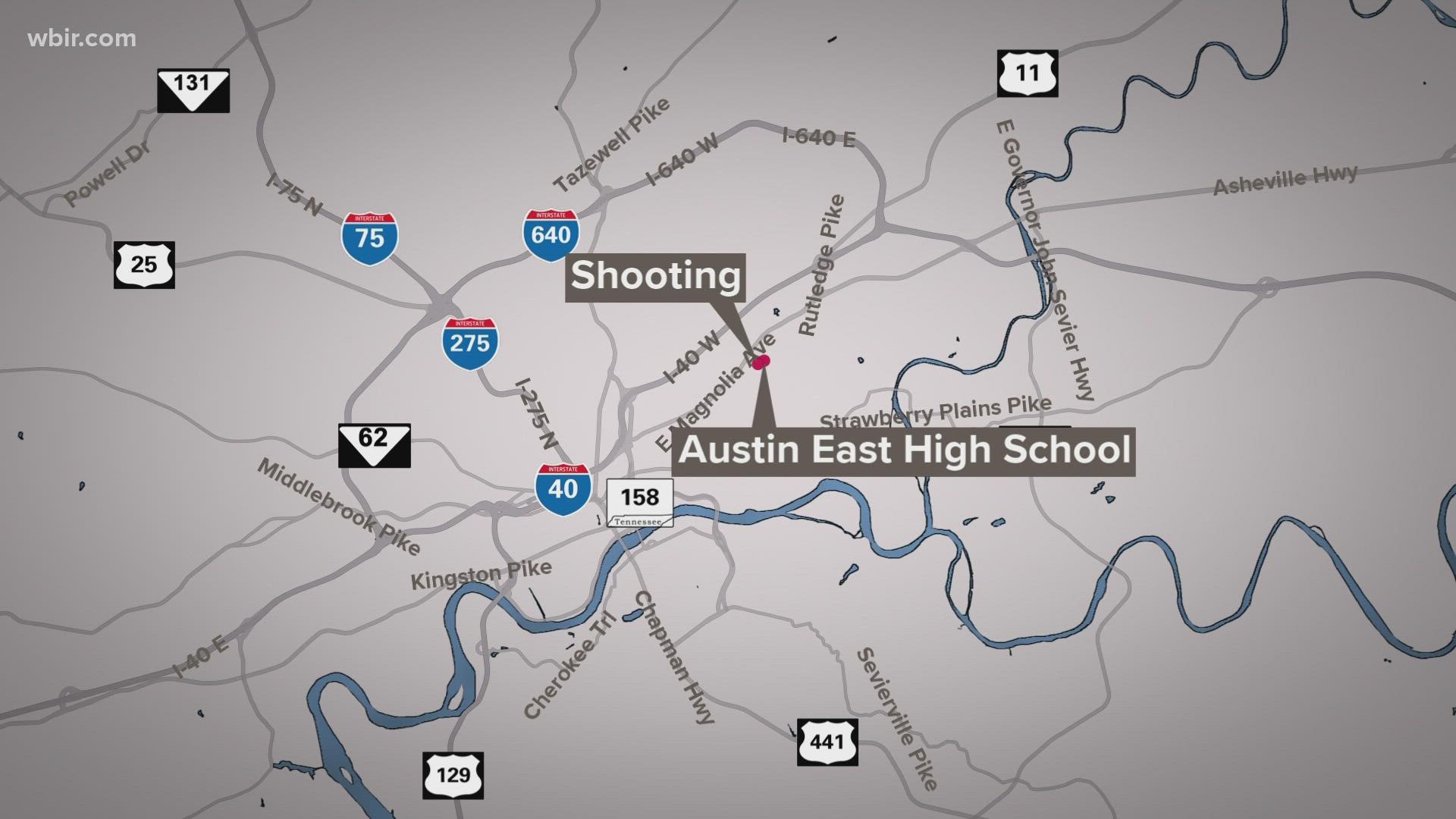 As of Sunday afternoon, the victim is still in the hospital for treatment and observation, but his injuries are not life threatening, according to the Knox County Police Department.

Records identify him as Desmond Hatchett, 19, of North Knoxville.

An incident report states authorities were looking for a suspect vehicle described as a silver Chrysler 300 with dark stock wheels and a large panoramic sunroof.

Police said there was a shooting near Austin-East High School during the school's homecoming football game Friday night, at around 8:49 p.m. The Knoxville Police Department said that a "young male" victim was shot in the head and taken to the hospital.

Police said they responded to the area of Martin Luther King Jr. Avenue and Hembree Street, near the high school. There, they said they found the victim with what appeared to be non-life-threatening gunshot wounds to the head.

The Austin-East High School Roadrunners were playing against the Northview Cougars for their homecoming game at the time.

Both teams cleared the field during the third quarter. By 10 p.m. they were back on the field to finish the homecoming game while police worked on the scene near the school.

The victim was taken to the University of Tennessee Medical Center for treatment. Police said they believed the shooting happened in the 2800 block of Tarleton Avenue, which is around a street block from the school.

Information about whether the incident involved anyone from the school was not available.

No other injuries were immediately reported. Police said that they were still searching for a suspect.

The condition of the victim, his identity, or circumstances leading up to the shooting were not immediately available. This story will be updated when more information is available.

Per head referee: Both teams are off the field out of an abundance of caution. I’m working to confirm the reason. https://t.co/6Hu6aEZ26M

#Breaking Knoxville Police responding to shots fired across the street from Austin-East pic.twitter.com/GZogFr8jCx