Dispatchers said that a crash was reported on Wilson Avenue at around 3:45 p.m. 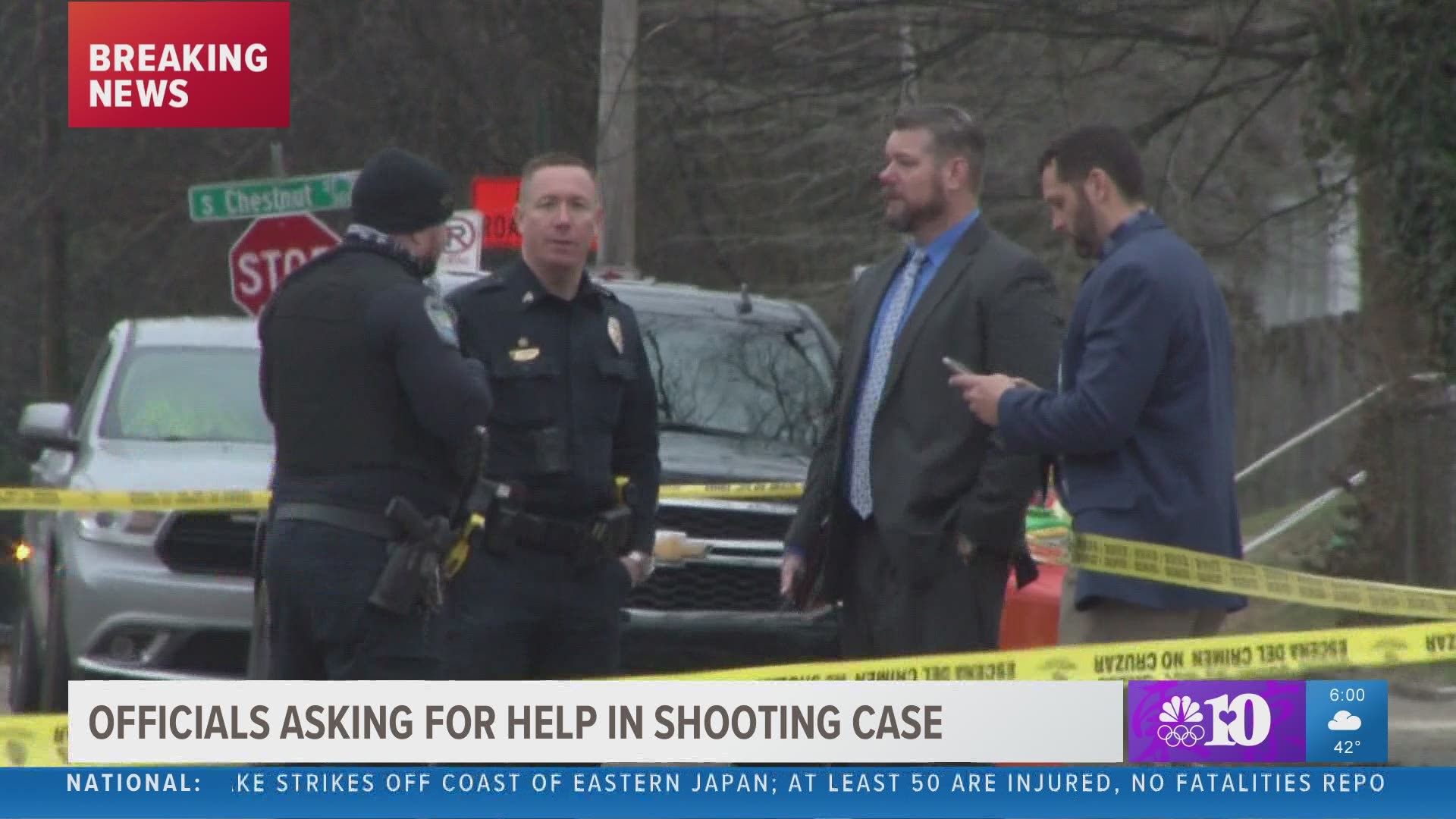 KNOXVILLE, Tenn. — UPDATE (8:30 p.m.): The gunshot victim in the Wilson Avenue crash Friday afternoon was pronounced dead Friday evening and was identified as a 16-year-old male, according to a release from the Knoxville Police Department.

Police said that the incident is now an active murder investigation. They said that the victim was a student at Austin-East Magnet High School and was leaving school in the car when shots were fired in the area of Tarleton Avenue.

He was hit by at least one round before driving away from the scene and crashing on Wilson Avenue, officials said.

Police said that he did not appear to be the intended target of the shooting.

Anyone with information or who may have witnessed the shooting is asked to call KPD at (865) 215-7330 or email investigators at racook@knoxvilletn.gov.

ORIGINAL STORY: The Knoxville Police Department responded to a call about shots fired in East Knoxville fired Friday afternoon. They also said that a crash with an injury was also reported in the 2500 block of Wilson Avenue.

When officers arrived, they said they found a male victim with gunshot wounds who was unresponsive in the crashed car. He was transported to a nearby hospital in critical condition, according to a release from officials.

They said that there is no suspect information as of 5 p.m. Friday and that the investigation is ongoing. Anyone with information about the incident should call the KPD Crime and Drug Hotline at (865) 215-7212.