Aaron Gray, 37, was arrested near the 100 block of N. Central Street and Jackson Avenue on Saturday. 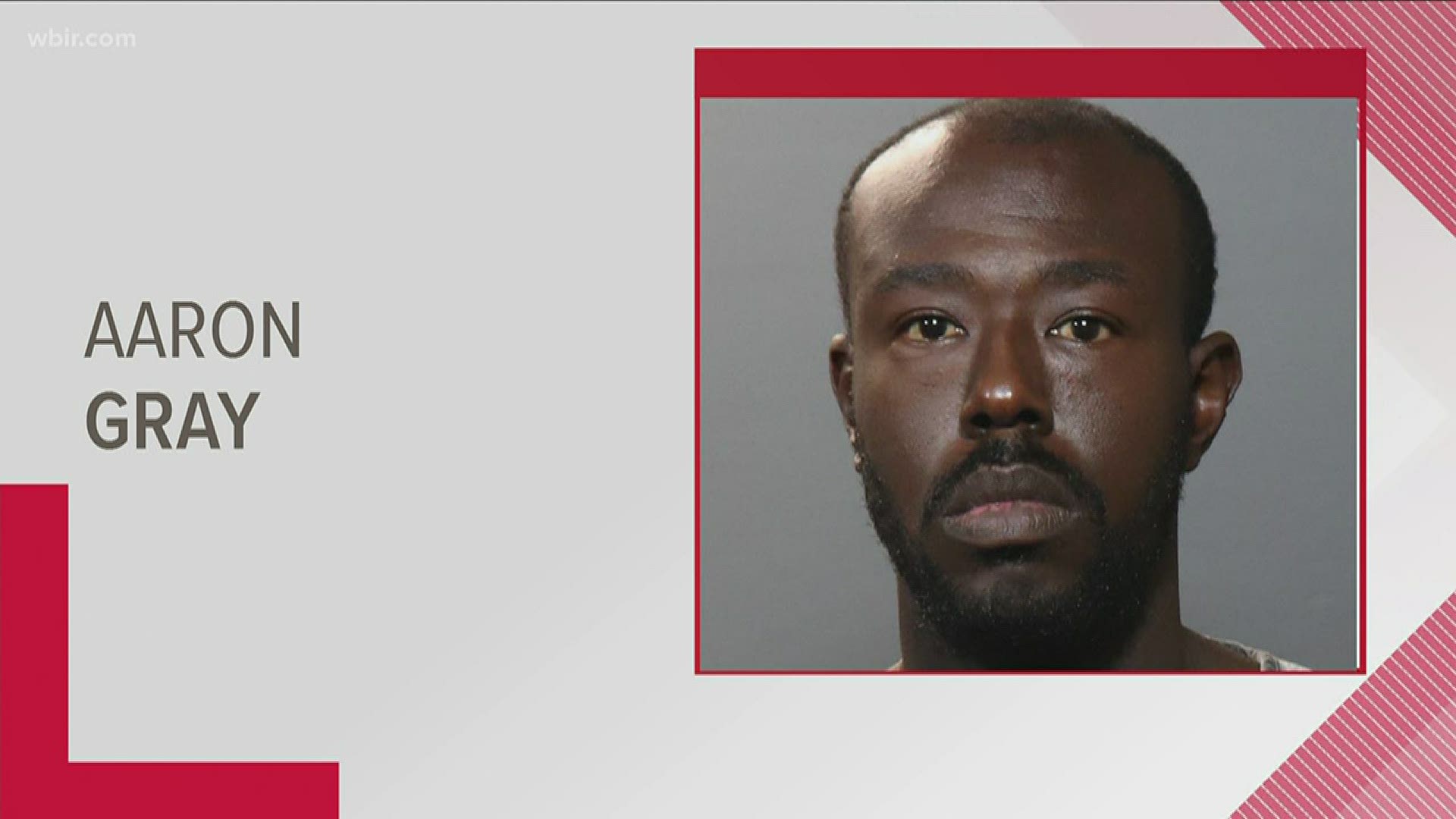 KNOXVILLE, Tenn. — A man authorities describe as a 'serial rapist' who is accused of committing numerous sexual offenses was arrested by KPD on Saturday afternoon.

On May 23 at around 2:07 p.m., officers with the Knoxville Police Department’s Violence Reduction Team arrested Aaron Gray, 37, near the area of the 100 block of N. Central Street and Jackson Avenue.

Authorities said Gray is accused of committing numerous sexual assaults against numerous victims, both male and female, in the mission district of Knoxville dating back to at least the summer of 2019.

After multiple investigations by the Violent Crimes Unit, the Criminal Investigation Division and Homeless Outreach officers, Gray has been charged with nine felony counts, which include:

- Especially Aggravated Kidnapping, Felon in Possession of a Weapon and Aggravated Rape from an incident that occurred during the summer of 2019 involving a female victim

- Aggravated Assault and Attempted Aggravated Rape from an incident that occurred on or around April 24, 2020 involving a female victim

- Attempted Aggravated Robbery and two counts of Aggravated Rape from an incident that occurred at the end of March near 418 N. Broadway involving a male victim

Gray has been booked into the Knox County Detention Center. KPD said the investigation remains ongoing and additional charges are forthcoming.