A top personality in Dave Ramsey's company announced he was leaving for undisclosed “things” going on in his personal life. 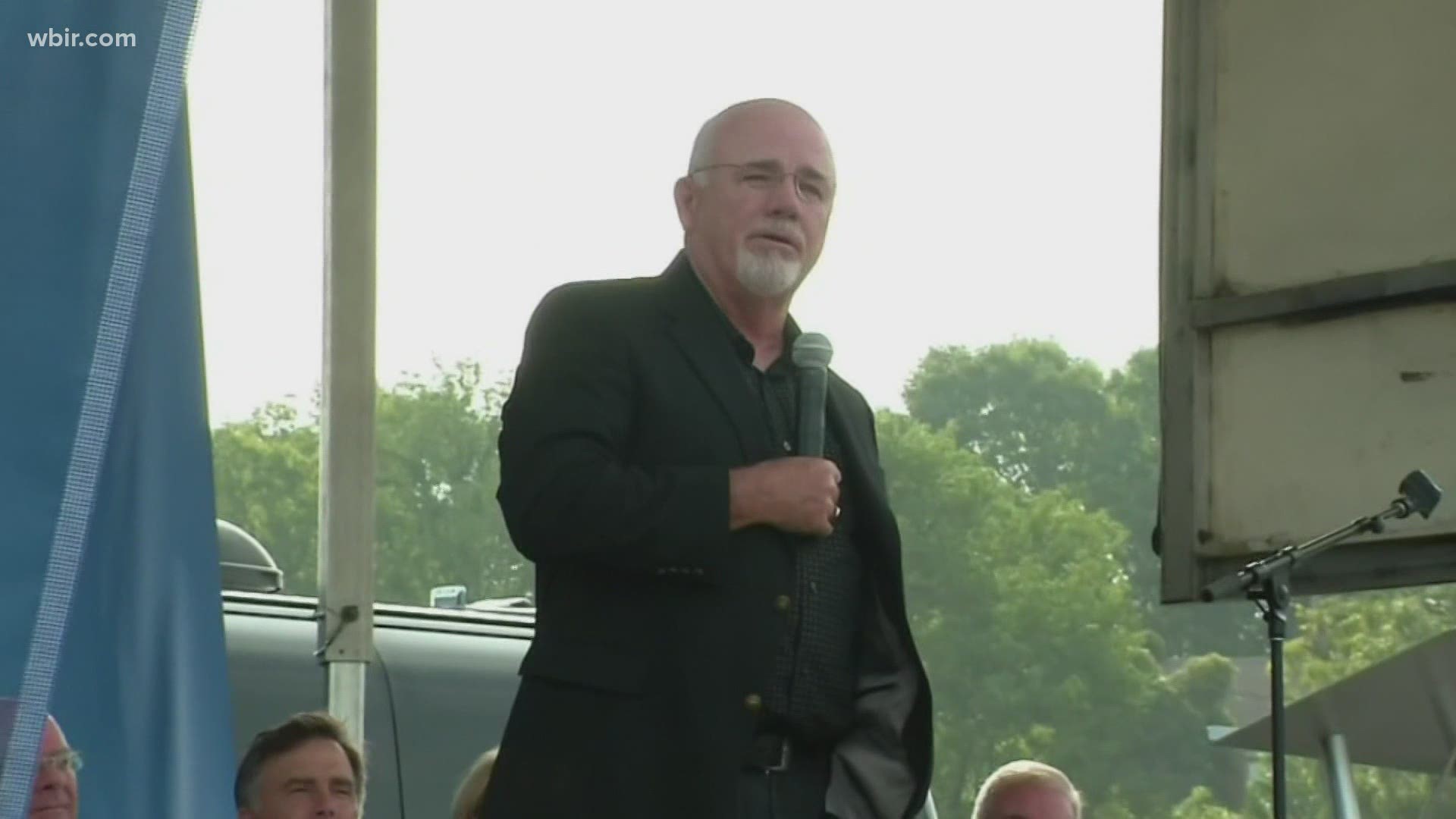 NASHVILLE, Tenn. — In the wake of a new filing in a federal lawsuit against Dave Ramsey, claiming employees were fired or disciplined for premarital sex, a top personality in the company announced he was leaving for undisclosed “things” going on in his personal life.

Chris Hogan, billed as one of the top personalities at Ramsey’s Williamson County headquarter, released a YouTube video Wednesday in which he announced his departure from the company.

“I need to let you all know about some things going on in my personal life,” Hogan said. “Recently, it’s come to light that I’ve done some things personally that are not in line with Ramsey solutions. And as a result, I am no longer a team member at Ramsey.”

O’Connor is suing Ramsey, saying after four years of employment, she was unfairly terminated after becoming pregnant out of wedlock.

As part of O’Connor’s filing, attorneys claim that eight Ramsey employees were disciplined for having premarital sex.

In a motion last month to try and dismiss part of O’Connor’s lawsuit, attorneys for Dave Ramsey responded by writing he is, “a purveyor of biblically-based educational resources, prohibits employees from engaging in premarital sex. Plaintiff’s employment was terminated for violating this rule.”

Attorneys for Ramsey did not respond to our request for comment by WSMV's deadline, and the company’s public relations teams has yet to respond to any of their requests for an interview.

WSMV is a sister-station in Nashville.

Their only response was to block News4 Investigates on Twitter, after their story in which another former Ramsey employee said she was fired after her husband criticized the company’s Christmas party, which was a large gathering with few masks.

“I think in some situations, they do cross a line that an employer shouldn’t cross,” the former employee told News4 Investigates.

While Hogan did not elaborate on what personal issues led to his departure, his ex-wife, Melissa Hogan, wrote about what she called “painful personal events” that led to their divorce in 2019.

“I speak publicly at great risk that Ramsey Solutions could very well take steps to terminate my ex-husband and thus profoundly impact the financial well-being of my family and my medically fragile son’s health insurance, which is maintained through Ramsey Solutions and which he desperately needs,” Melissa Hogan wrote.