A former teacher at a West Knox County Christian school has sued the school after claiming she was terminated for getting pregnant when she wasn't married. 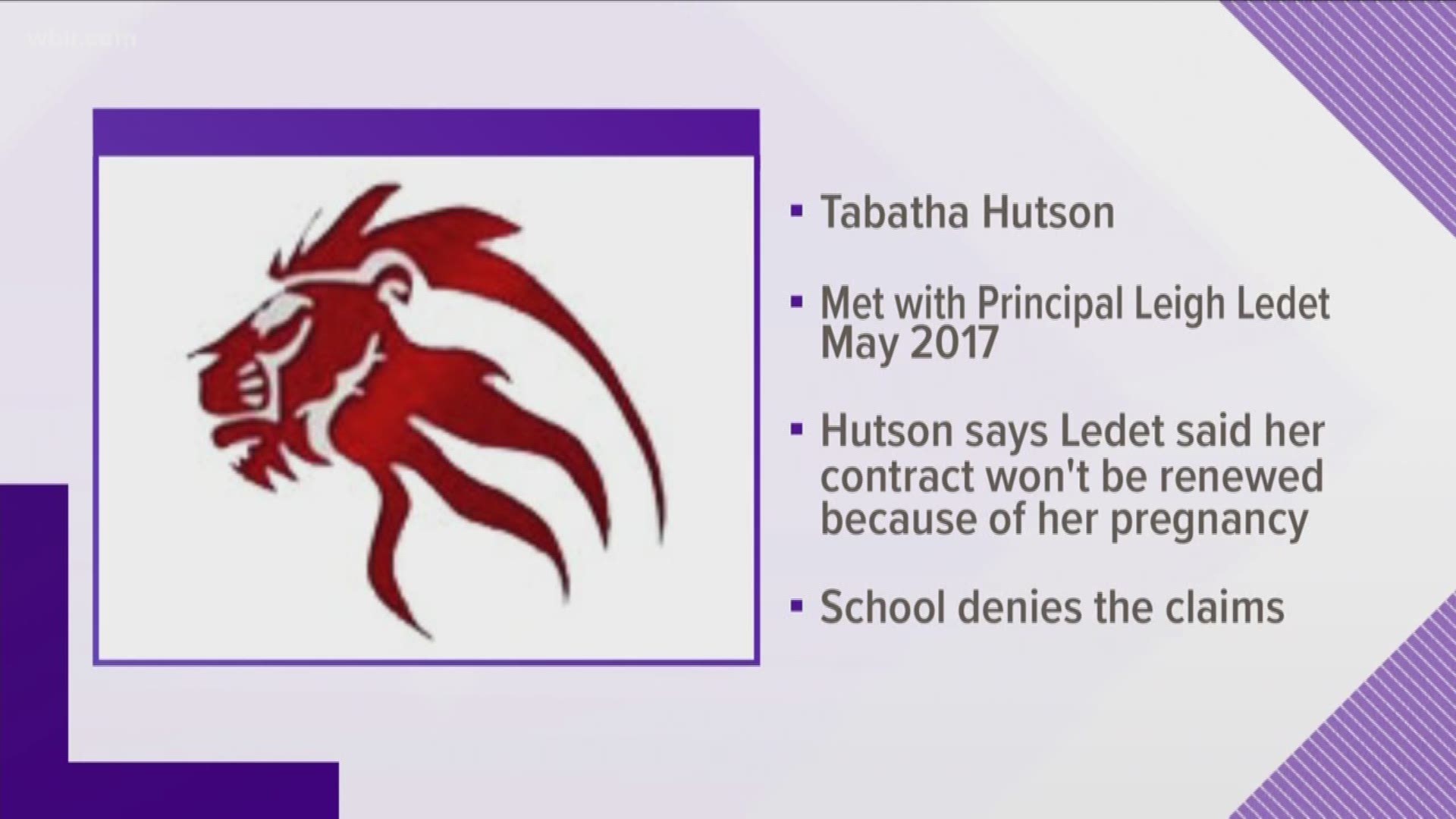 A former Concord Christian School teacher let go from her job after becoming pregnant while she wasn't married has filed a lawsuit against the school for sex and pregnancy discrimination.

Tabatha Hutson became a kindergarten teacher at CCS in 2011. She was teaching second grade during the 2016 to 2017 academic year when she became pregnant with her second child. Hutson was not married to her child's father.

According to a lawsuit filed in February 2018, CCS Principal Leigh Ledet called a meeting with Hutson on May 2, 2017, after Hutson had show and it became physically obvious she was pregnant.

Administrative assistant to CCS's headmaster Haley Cottrell was also present for the meeting.

According to the lawsuit, Hutson was 11 weeks pregnant at the time of the meeting when Ledet allegedly asked Hutson if she, "had anything she needed to tell [Ledet]."

In the lawsuit, Hutson says she responded that she was "expecting" and that she and her partner were "waiting until the end of the first trimester and the results of some genetic testing before breaking the news."

Ledet replied that she was not renewing Hutson's contract for the 2017-18 year due to her "out-of-wedlock pregnancy," the suit alleges. Hutson questioned whether her termination had anything to do with her work performance and Ledet assured Hutson that "work performance played no part in Concord’s decision to terminate Ms. Hutson’s employment; it was solely due to her pregnancy," the lawsuit claims.

The suit claims Hutson was told she could return to the school once things "settled down" and in the meantime, she could “straighten racks at SteinMart" — a claim the school denied. She was also allegedly cautioned not to tell her class or coworkers the reasons for her termination.

In the lawsuit, Hutson said if she was male and able to hide her out-of-wedlock sexual activity, she would not have been terminated.

The suit asks for $500,000 in compensatory damages and $1.5 million for punitive damages.

In a response filed by the school's attorney, Concord Christian School and First Baptist Concord Foundation denied the claims regarding why Hutson is no longer with the school.

"It is acknowledged that the plaintiff's allegations are stated under Title VII as amended by the Pregnancy Discrimination Act. It is denied that any allegations are actionable," the response says.

The school also admitted Hutson was "advised not to discuss her pregnancy with students or parents," court filings show.

"It is affirmatively averred that the plaintiff's claim is barred by the ministerial exception for religious institutions as outlined by the United States Supreme Court," the school said in its response.

Concord asked the court to dismiss the complaint.