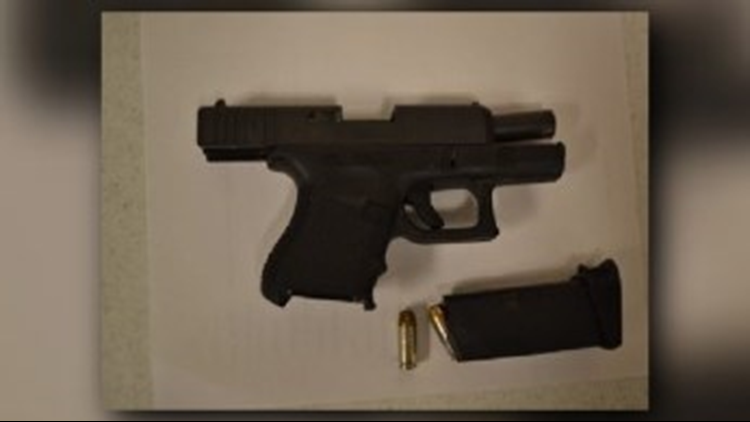 A loaded pistol taken from a Knoxville passenger's carry-on luggage.

A loaded pistol was removed from a passenger's carry-on bag Monday morning at McGhee Tyson Airport, according to the Transportation Security Administration.

The passenger was cited and the .40-caliber Glock was seized. The incident occurred about 6 a.m. Monday.

This is the seventh time a gun has been taken at the airport's security checkpoint this year, according to the TSA.

Passengers can have an unloaded gun in checked baggage if they alert the airline and keep it in a carrying case. They are not allowed to carry a firearm in carry-on luggage.

Last year 13 weapons were found and taken at the airport, according to the TSA.

The TSA warns all passengers to check their baggage ahead of time to ensure they don't accidentally pack a gun in their carryon luggage.