Lonsdale community says it wants the gun violence to end

Several community members spoke out after the death of a sixth Austin East student in less than a year. 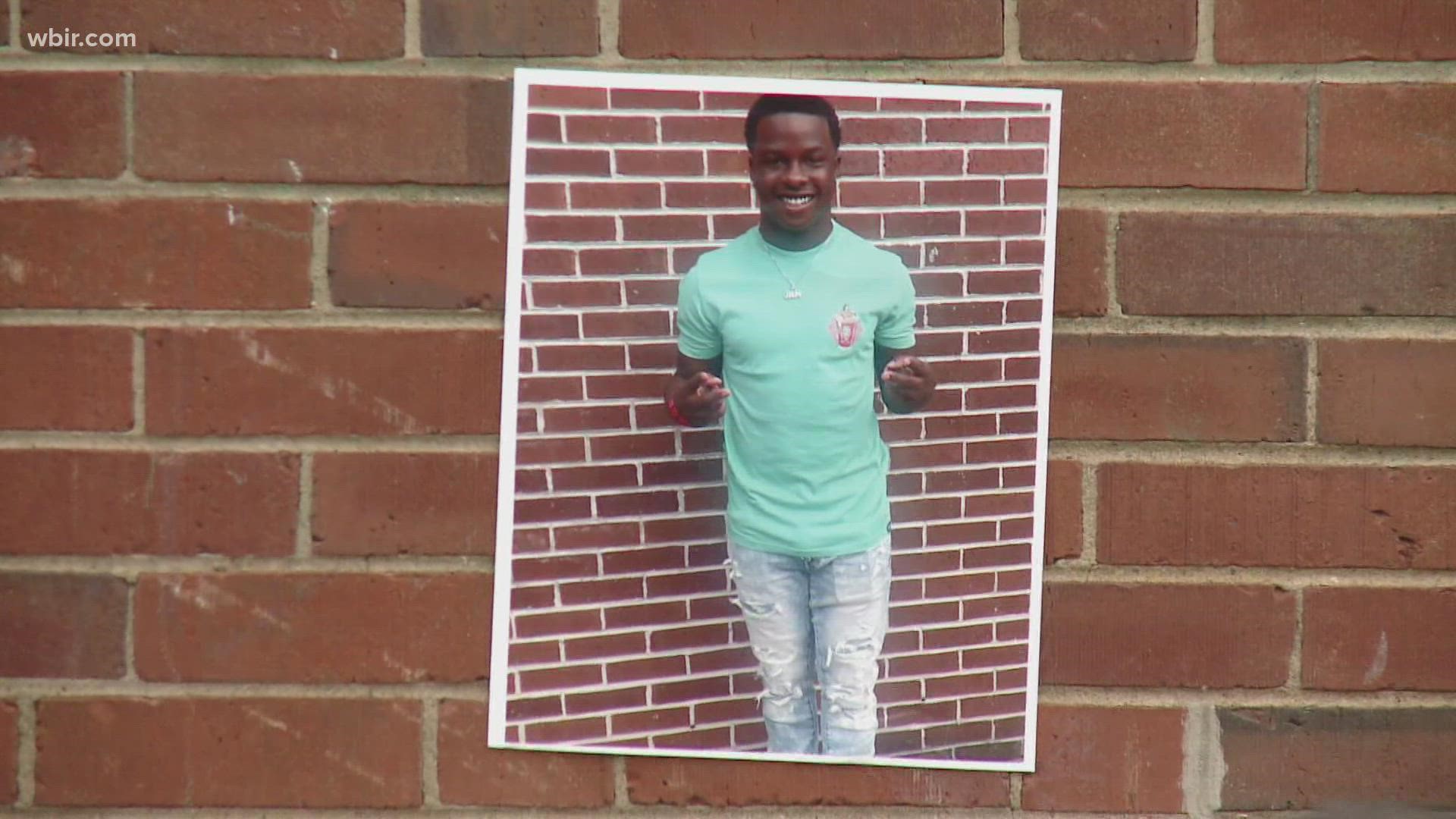 KNOXVILLE, Tennessee — The Lonsdale Community is hoping for answers after a teenager was shot and killed in their neighborhood this weekend.

John John Mathis was only 17 years old when he died Sunday. Neighbors said an evening reserved for a homecoming celebration quickly shifted into a tragedy they will not soon forget.

"It just happened out of nowhere because we were all just having a good time at the homecoming," neighbor Dajuan Hodge said. "It was devastating just to hear we lost another kid. We shouldn't have to keep going through stuff like this."

Police said only hours after the party, a fight broke out nearby that ended in gunfire -- killing Mathis.

"I just want these kids to realize, you have a whole life ahead of you," Hodge's father Dajuan Hodge Sr. said.

This year shooting deaths are on track to be the deadliest in Knoxville, and Mathis is the sixth Austin-East Magnet High School student to be shot and killed in less than a year.

"It's not a game. Once you're gone, you're gone, and once you pull that trigger -- the trigger is pulled," Hodge Sr. said.

"That family needs closure, they need justice for their little one, and I think it's a real sad shame that don't nobody want to speak up and say nothing," neighbor Samalena Taylor said. “It was a lot going on and it was really sad, and I hate that for this community because I think that everybody needs to come together and uplift one another.”

It's a fear 17-year-old Hodge said no kid should have to endure no matter where they live.

"I'm just ready for this to end so us kids can just have fun and live our live," he said.

The Knoxville Police Department confirmed more than a half-dozen tips so far tied to the shooting death, but so far authorities haven't made any arrests.

In a release Tuesday, KPD announced they are taking immediate action against the surge in violent crimes across the area. Authorities said the reward for credible information in the case has doubled to $2,000.

Tips can be submitted to East Tennessee Valley Crime Stoppers 24/7 by phone at 1-800-222-8477, online here. Those submitting information will remain completely anonymous throughout the entire process.