Officials said Courtney Bingham, 36, pleaded guilty to five felony charges and was given a 12-year sentence as well as a place on the sex offender registry. 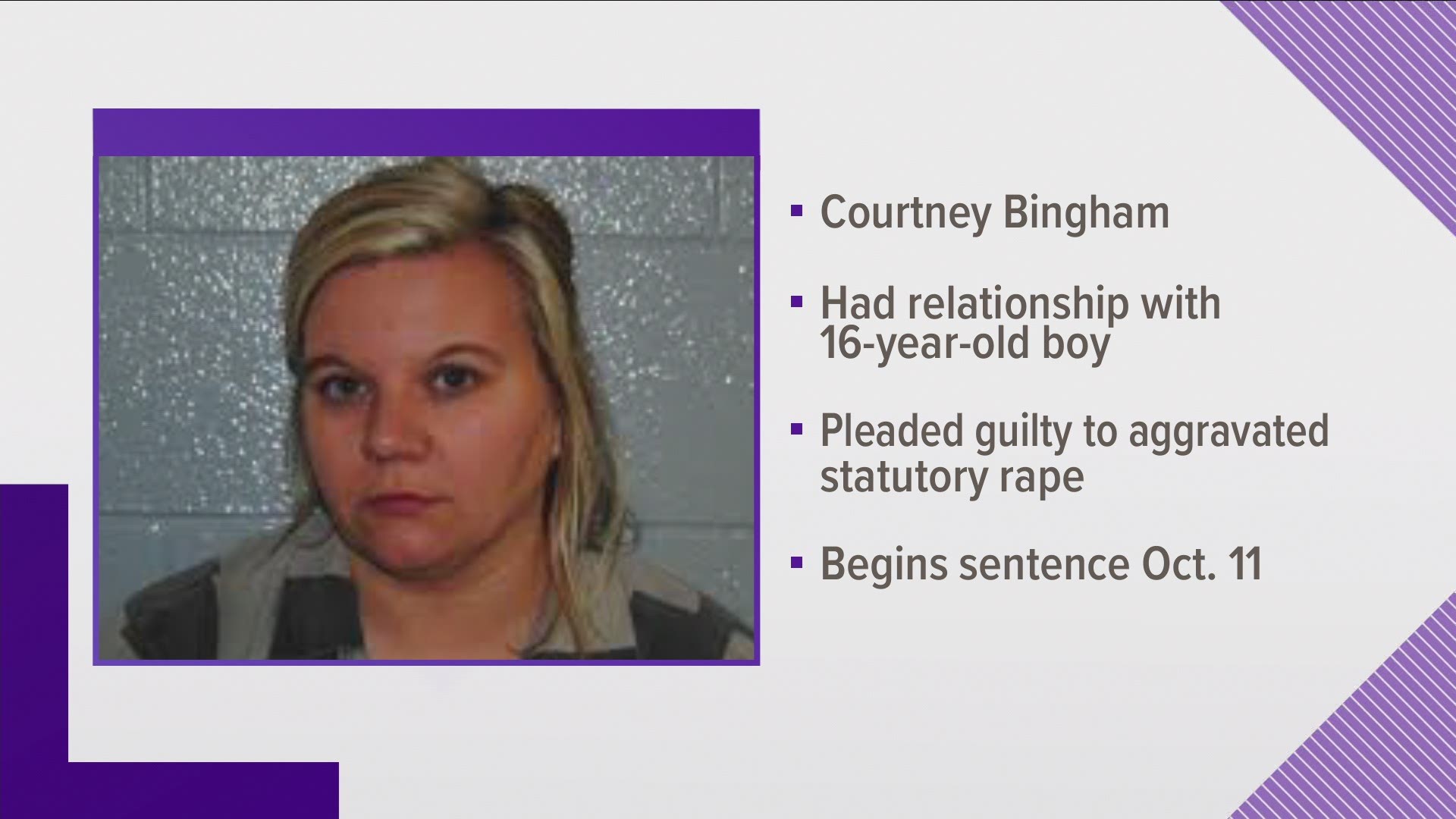 LOUDON COUNTY, Tenn. — A Loudon County woman pleaded guilty to five felony charges after she abused a 16-year-old boy who was a member of a youth group at her church, according to officials. The relationship lasted through November and December 2018, officials said.

Courtney Bingham, 36, was charged with four counts of aggravated statutory rape and one count of solicitation of a minor to commit statutory rape by an authority figure, according to a release. She was given a 12-year sentence, will be put on the sex offender registry for life and will subject to monitoring.

Bingham admitted to being in a position of trust when she solicited the victim for sex through digital communication, according to officials. A release said that she was supervising the victim when he was a member of a youth group at her church.

"We are glad to get this resolved with the defendant admitting her wrongdoing. Hopefully, this outcome will serve as a cautionary tale for others who are tempted to find themselves in similar situations, " District Attorney General Russel Johnson said in a release.

Originally, Bingham was scheduled to go to trial on Sept. 15 but entered the guilty plea instead of a trial by jury. Officials said she will turn herself into the Loudon County Jail on Oct. 11 to go into custody and begin serving her sentence.

She will serve at least a third of her term in Tennessee Department of Correction custody before she is eligible for the possibility of parole, according to officials.

"Part of the reason for pressing this case to trial, which resulted in what I consider to be a significant result for the State, was the difference in ages between the defendant and victim, the defendant's position of trust in the church, and her prior multiple felony criminal history," Johnson said.