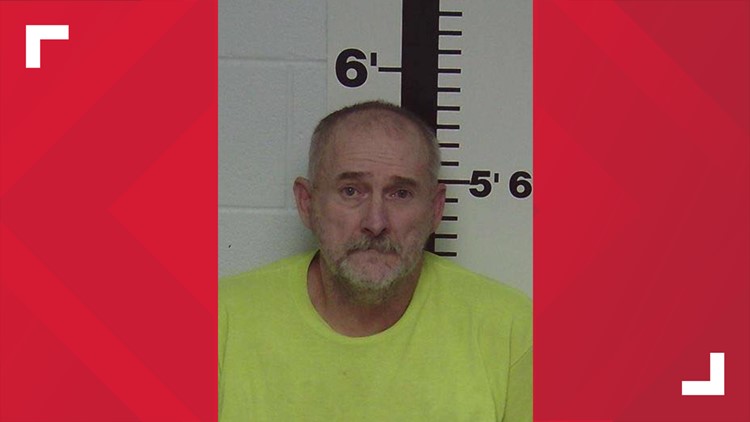 Photo by: Claiborne County Sheriff's Office
Upon initial investigation, it is believed that two brothers were involved in a domestic dispute at that location, at which time, Matthew David Overton, 55, shot his brother, Adam Robert Overton, 51, according to the sheriff's office.

CLAIBORNE COUNTY, Tenn. — A 55-year-old man shot his younger brother during a domestic dispute Thursday morning in Claiborne County, according to the sheriff's office.

At around 9:55 a.m., deputies and detectives with the department's criminal investigations division said they responded to a shooting call on Payne Circle in Tazewell.

Upon initial investigation, the sheriff's office said it believes the brothers were in a domestic dispute when Matthew David Overton shot his brother, Adam Robert Overton, 51.

Adam Robert Overton was airlifted to the University of Tennessee Medical Center in Knoxville with what appeared to be life-threatening injuries, the sheriff's office said.

Claiborne County Sheriffs Office
On September 13th, 2019, Matthew Thomas Brock was arrested and charg... ed with Criminal Simulation and Forgery in relation to an incident that occurred on September 2nd, 2019 in which Mr. Brock entered into an agreement with his victim for the lease of a building located in Tazewell TN.