Clifton Hall was arrested on attempted second-degree murder charges, according to KPD. 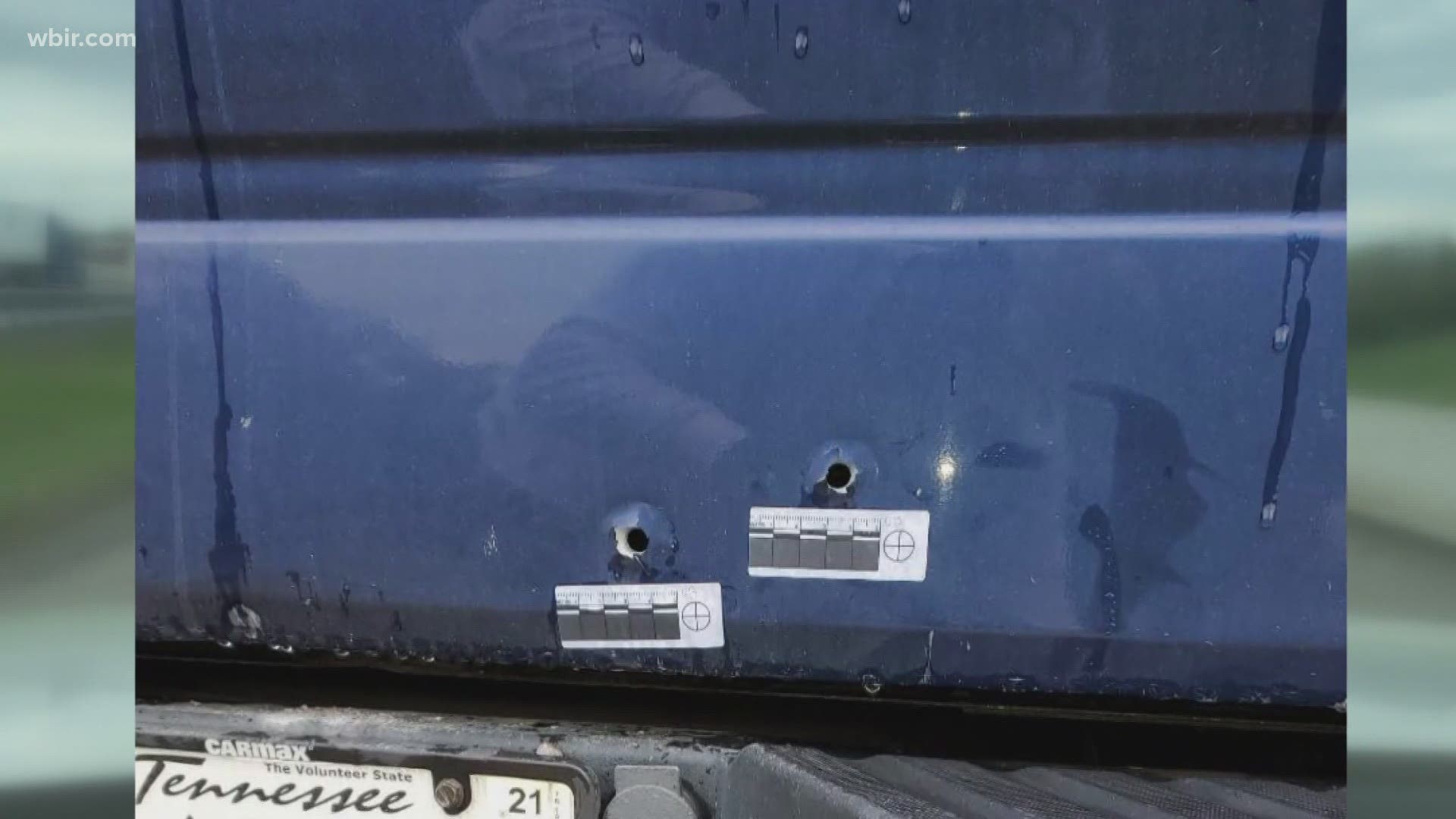 KNOXVILLE, Tenn. — A man has been arrested on attempted second-degree murder charges after police said he was involved in a road rage shooting that left one person injured in North Knoxville on March 29.

They were on their way home from work when they noticed the car hitting its brakes in front of them.

Williams and his nephew said that Hall started to follow them and attempted to run them off the road.

"Next thing you know, this car pulls up beside me and the guy starts yelling stuff out the window," Williams said. "He's like, 'Pull over.' And I'm like, 'No.'"

Hall continued to aggressively chase Williams and his nephew until they reached the area of Fourth Avenue and Gillespie Avenue, where Hall fired several rounds at them, KPD said.

Police said that Williams' nephew was struck in the right shoulder.

KPD said that Hall reportedly continued to aggressively chase them until they arrived in the 2700 block of Copeland Avenue, where Hall fired several more rounds before leaving the scene.

"We didn't see the gun at all, all we heard were gunshots, and then my right passenger window got shot out, and I'm like, 'OK, now I know what it is from here,'" Williams' nephew said.

"I knew I was hit because I felt the blood on the back of my shirt right here on my shoulder, but I didn't feel it until after I hopped out of the truck," the nephew said.

The 20-year-old was the only one injured and was taken to the hospital. There, he said the doctors took X-rays and refused to take the bullet out. In follow-up appointments, he explained the doctors said "the wound is healing too well" and "there's no need to remove it."

An investigation by the Violent Crimes Unit identified Hall as the suspect and warrants were obtained for two counts of attempted second-degree murder.