Brandon Donaldson faced a second trial in the shooting death of Marcia Crider, who was 13-weeks pregnant. 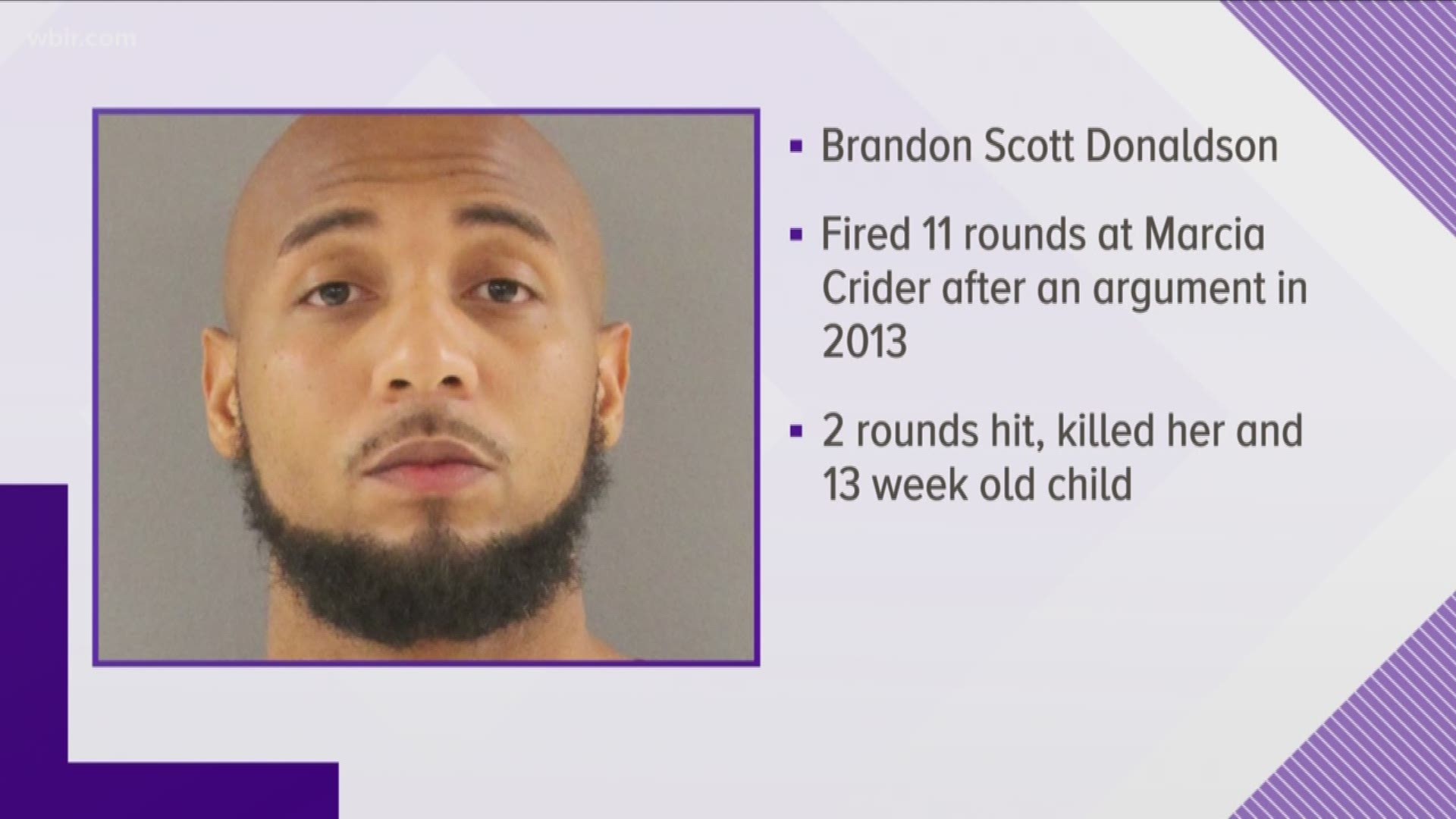 A Knoxville man has once again been found guilty of second degree murder in the death of a woman and her unborn child.

Brandon Donaldson was tried for a second time this week in the 2013 shooting death of Marcia Crider, 19, who was 13 weeks pregnant. He was found guilty of the same charges in his original trail in 2015, but an appeals court overturned that verdict because some witness testimony was excluded.

Donaldson is the first person convicted in Knox County under a law that allows defendants to be prosecuted for the murder of a fetus, regardless of its viability.

Judge Steve Sword set the case for sentencing on August 30. Prosecutors have asked the judge for the maximum sentence of 50 years behind bars.

In 2013, Knoxville police found Crider with a gunshot wound in the parking lot of the AMVETS thrift store off Holston Drive in East Knoxville. Initial reports said the woman had been shot while she was sitting in the car with her mother outside a house on Porter Avenue.

Police believed the shooting to be domestic, eventually leading them to Donaldson.

Testimony during the trial claimed the two were in a relationship, and that on the day of the shooting the two had gotten into an argument. As Crider got into a car with her mother, her mother claimed Donaldson started shooting at them as they drove away, hitting Crider and her unborn child.

A jury convicted Donaldson in 2015. He was later sentenced to a total of 68 years for his convictions.