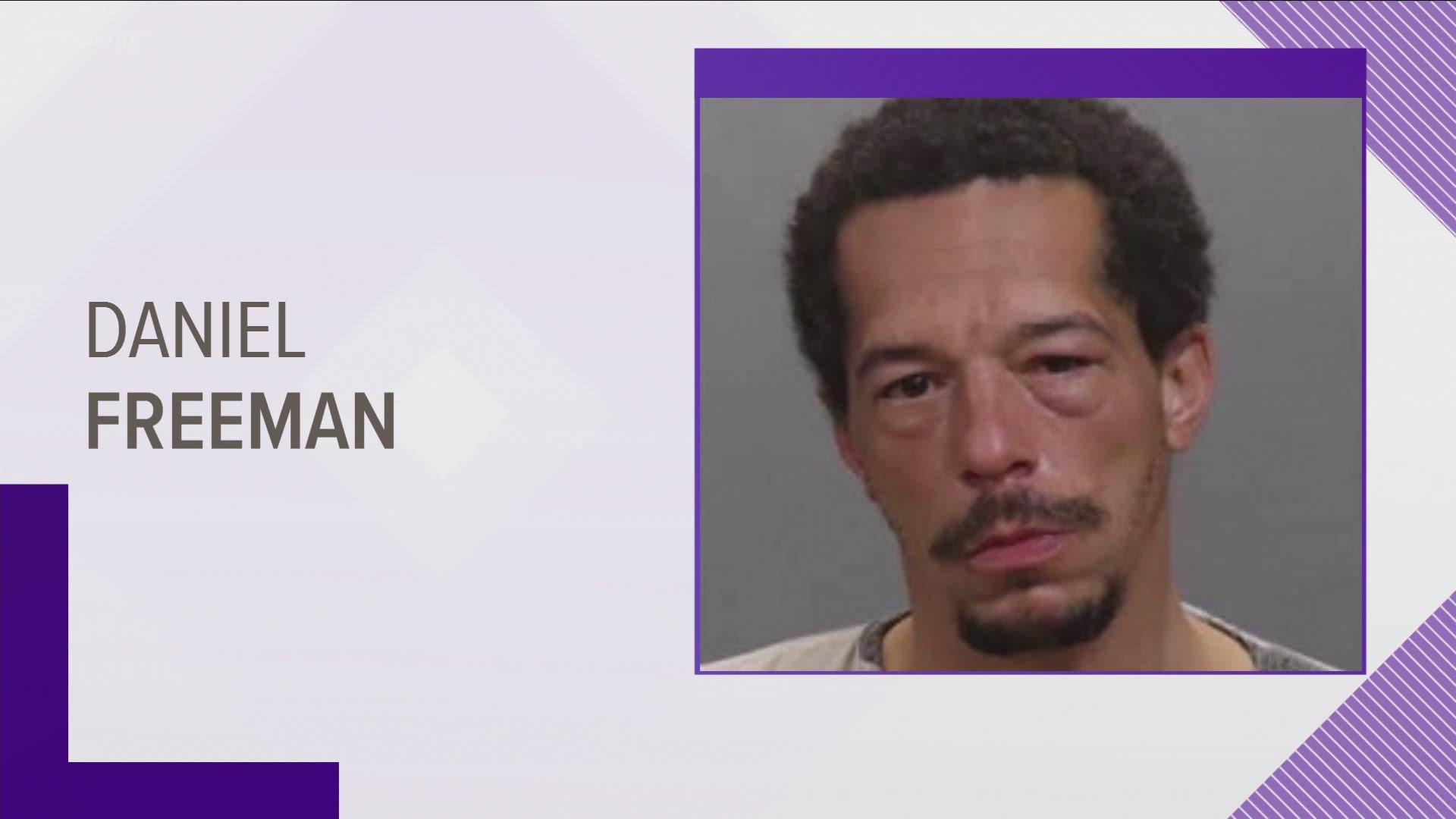 KNOXVILLE, Tenn. — The Knox County Sherriff's Office said a man accused of entering a South Knoxville home and setting multiple fires while people were still inside May 25 has been arrested.

His next court date is June 25.

The Knox County Sheriff's Office said they were looking for a man who entered a South Knoxville home and set multiple fires while people were still inside on May 25, according to a release from officials.

They said Daniel Freeman faces arson and assault charges. He is around 5'2" tall and weighs around 145 pounds. Police also said he is known to be around Chapman Highway, Vestal and Montgomery Village, but said he does not have a specific address.

Police said that a couple who lived in the house was arguing when they heard someone beating at the door, causing it to buckle and jam. One of them used a screwdriver to take off the deadbolt and when the person hit the door again, it swung open, according to the police report.

They said Freeman was in the doorway with an ax. He laid it down and went inside, saying he was mad they were arguing. According to the police report, Freeman later went to the kitchen and returned with a pitchfork before heading downstairs.

One of the residents said they tried to talk to him before returning upstairs. Then, according to reports, they heard a window break. They said they found an entry and exit window at the top of the stairs in the back broken.

Freeman continued to linger around the house for a little while, according to reports, before the couple started smelling smoke. One found a blanket on fire at the top of the basement stairs and the other found a separate fire further into the basement, burning three plastic bins full of clothes.

As they tried to put out the fire, they said they noticed another fire burning on the second floor and called 911. According to reports, Freeman ran away with the ax.

Anyone with information about his location should call KCSO at (865) 215-2243 or email officials at arson@knoxsheriff.org.

The Knox County Sheriff’s Office Fire Investigation Unit is asking the public to be on the lookout for this individual.