Wesley Dale Somers, 25, was caught on video and in photographs May 30 committing the crime in reports shared around the world, authorities allege. 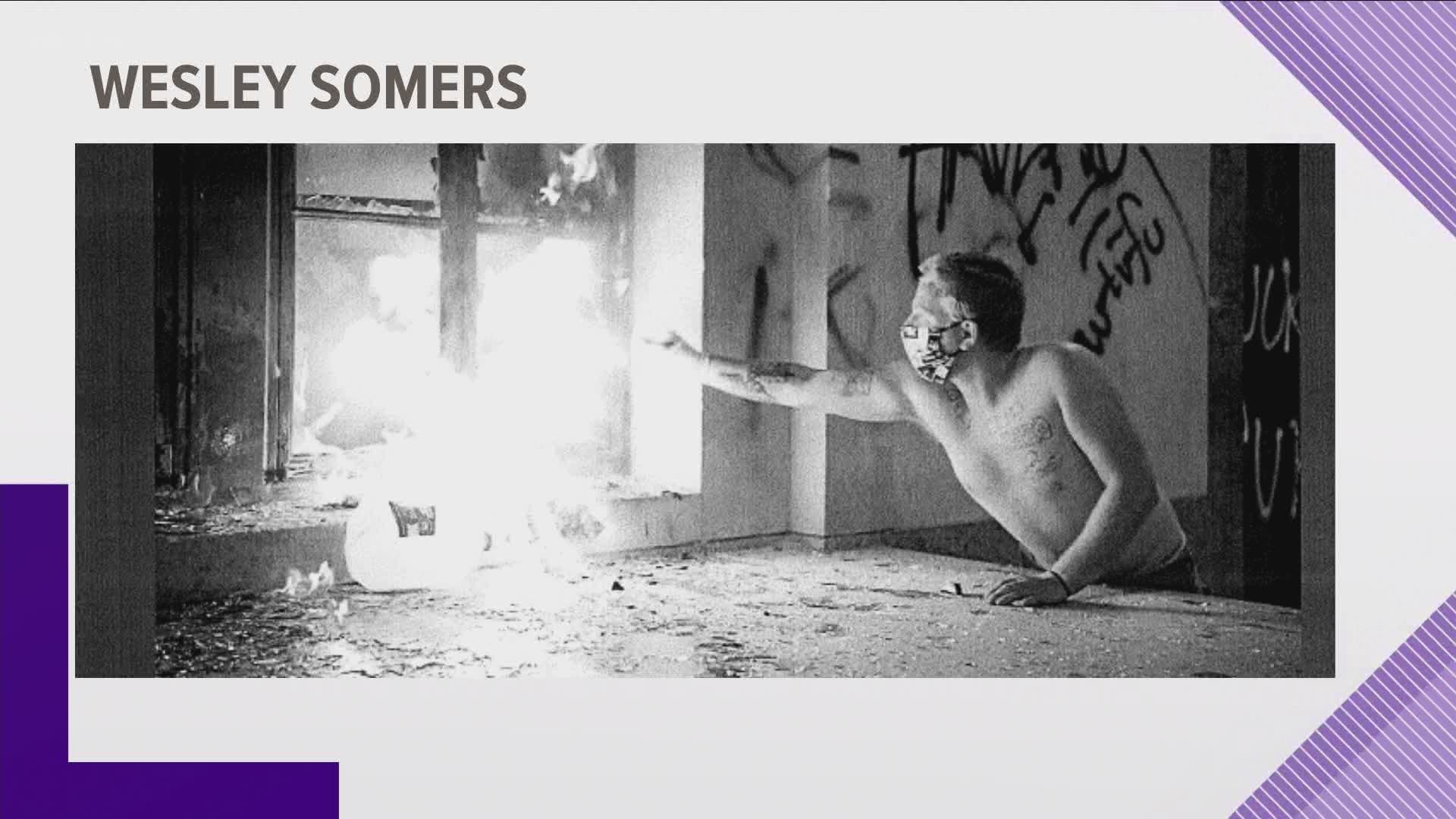 A Middle Tennessee man with East Tennessee ties now faces a federal charge of setting a fire at the old downtown Nashville courthouse amid a night of protests and violence.

Wesley Dale Somers, 25, was caught on video and in photographs May 30 committing the crime in reports shared around the world, federal authorities say.

RELATED: US cities erupt in more violence amid threats from Trump

Somers, of Madison, Tenn., is charged in the Middle Tennessee District with malicious destruction of property using fire or explosives.

He has a previous arrest for DUI in Knox County, records show. He has other prior convictions as well, federal records state.

The fire happened after protesters gathered in downtown Nashville to speak out against the killing by a police officer of George Floyd in Minneapolis.

According to the complaint, later that night Somers was part of a crowd that gathered outside the 1930s era Art Deco building, now used as City Hall. Some people used tools such as crowbars to smash windows and spray-paint graffiti.

Metro Nashville police arrested him the following day and charged him with arson.

If convicted, he faces a mandatory minimum term of five years in a federal facility.

Credit: KCSO
Wesley Somers as depicted after a May 2017 arrest for DUI in Knox County.

An officer saw that Somers appeared to be driving a vehicle without a license plate.

Somers told the officer after being stopped that he'd been smoking marijuana. He performed poorly on field sobriety tests. There appeared to be drug paraphernalia in the back seat, records state.

In Knox County General Sessions Court, he received a 48-hour sentence and was fined $350. His license was revoked for a year.

According to a request filed Wednesday afternoon by the government to keep him in jail, he also has convictions for child neglect, reckless endangerment, contempt, possession of a controlled substance and two charges of domestic assault.

Those convictions were mainly in Sumner County and in metropolitan Nashville, records show.