'No justice, no peace' | Protesters march in Morristown

More than 100 people gathered and marched through downtown overnight Saturday 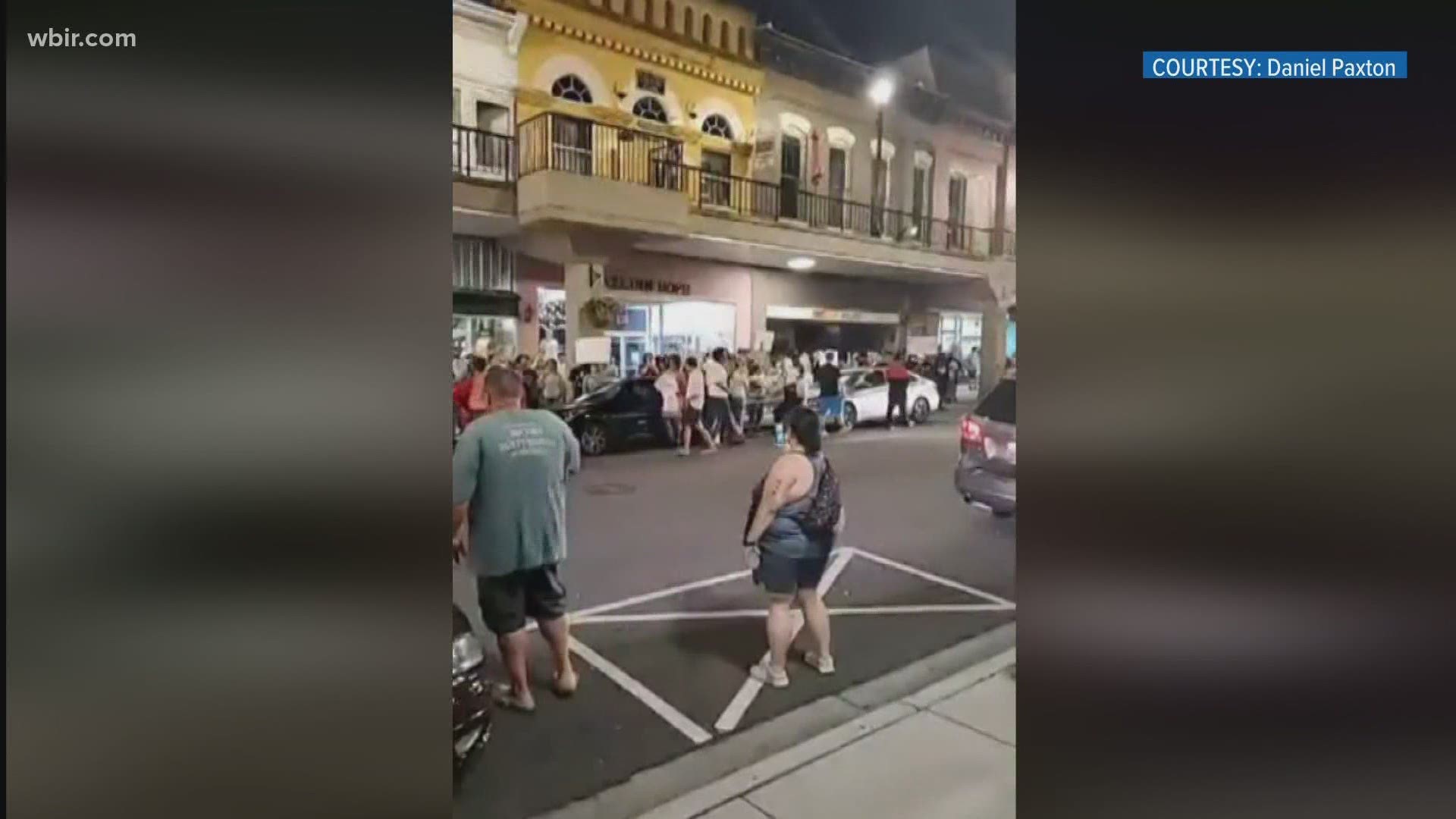 MORRISTOWN, Tenn. — Saturday night more than 100 people gathered and marched through downtown Morristown shouting phrases like "I can't breathe" and "no justice, no peace".

According to MPD the crowd eventually gathered at the City Center building blocking the entrance and exits of the parking garage.

MPD says their officers remained station in place to protect the municipal buildings and the vehicles parked there while the crowd threw rocks and bottles at the officers.

A police report has been filed with MPD alleging one individual was stuck in the face by a protester.

The crowd was ordered to disperse around 12:40 a.m.

The Morristown Police Department released a statement on the incident:

The Morristown Police Department respects the rights of all individuals to freely assemble and participate in peaceful protest, however; this morning what was billed as a peaceful protest turned to participants throwing rocks and bottles at our officers and making threats of violence.