Officers in Lonoke County responded to calls referencing a nude man. He resisted arrest by running into a wooded area, later emerging with a large stick. 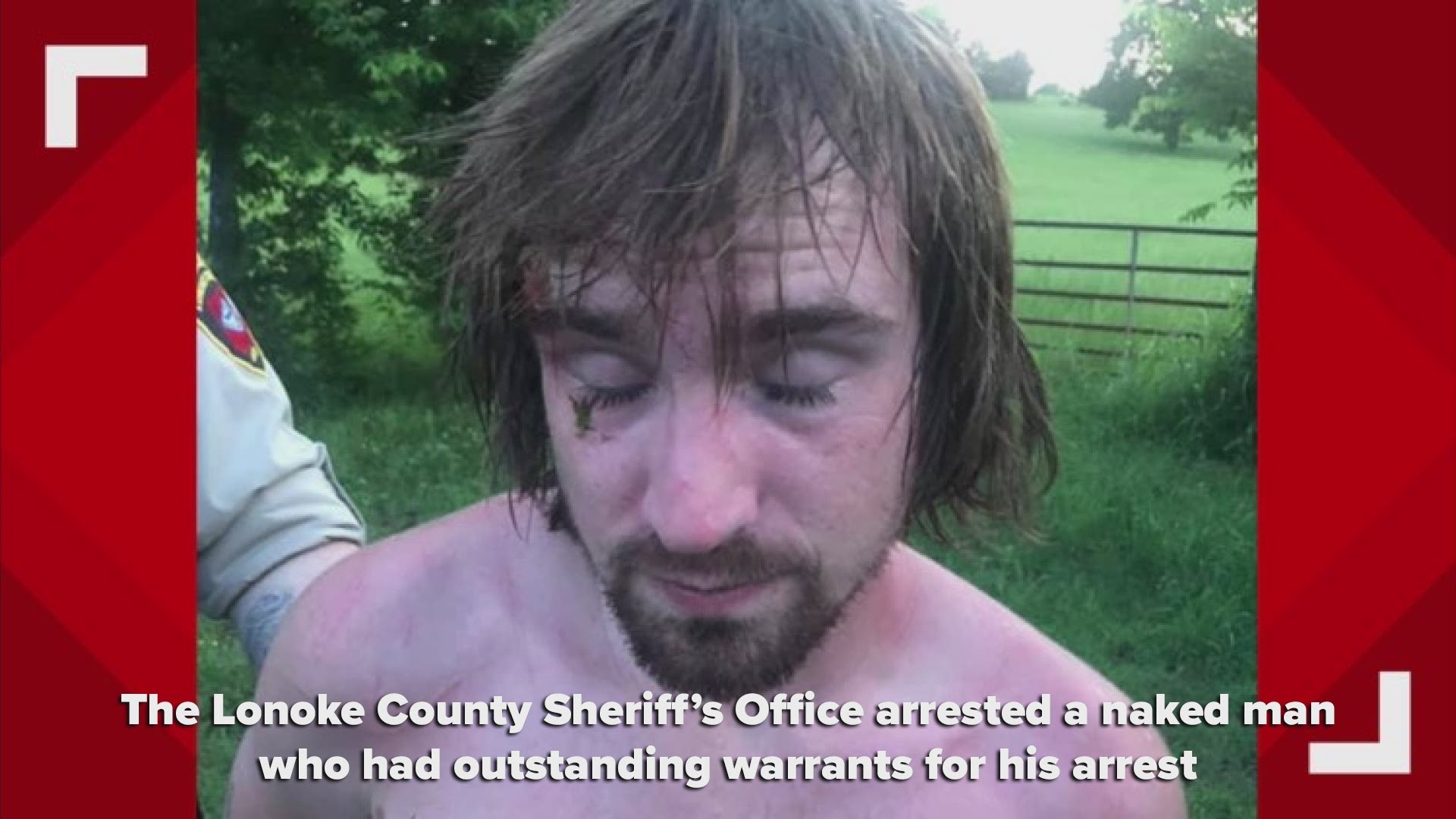 The Lonoke County Sheriff's Office attempted to arrest Cody Absure who had outstanding warrants for his arrest on Wednesday evening.

Officers had received calls about a man walking around the Austin, Arkansas area nude.

Once officers made contact with Absure, he fled into a nearby wooded area.

Other deputies and officers from Ward and Austin police departments as well as troopers from the Arkansas State Police aided in responding to the arrest.

The responding personnel set a perimeter around the area where Absure fled.

When he emerged from the wooded area, police said he was "armed with a large stick."

When police ordered him to drop the stick, he refused and "raised it in an apparent attempt to hit one of the deputies," the Lonoke County Sheriff's Office said in a post on their Facebook page.

Absure was subsequently tased and arrested.