Howard Matthew "Matt" Webb of Maryville is accused of rubbing his genitals in a salsa container before it was delivered to a food customer. 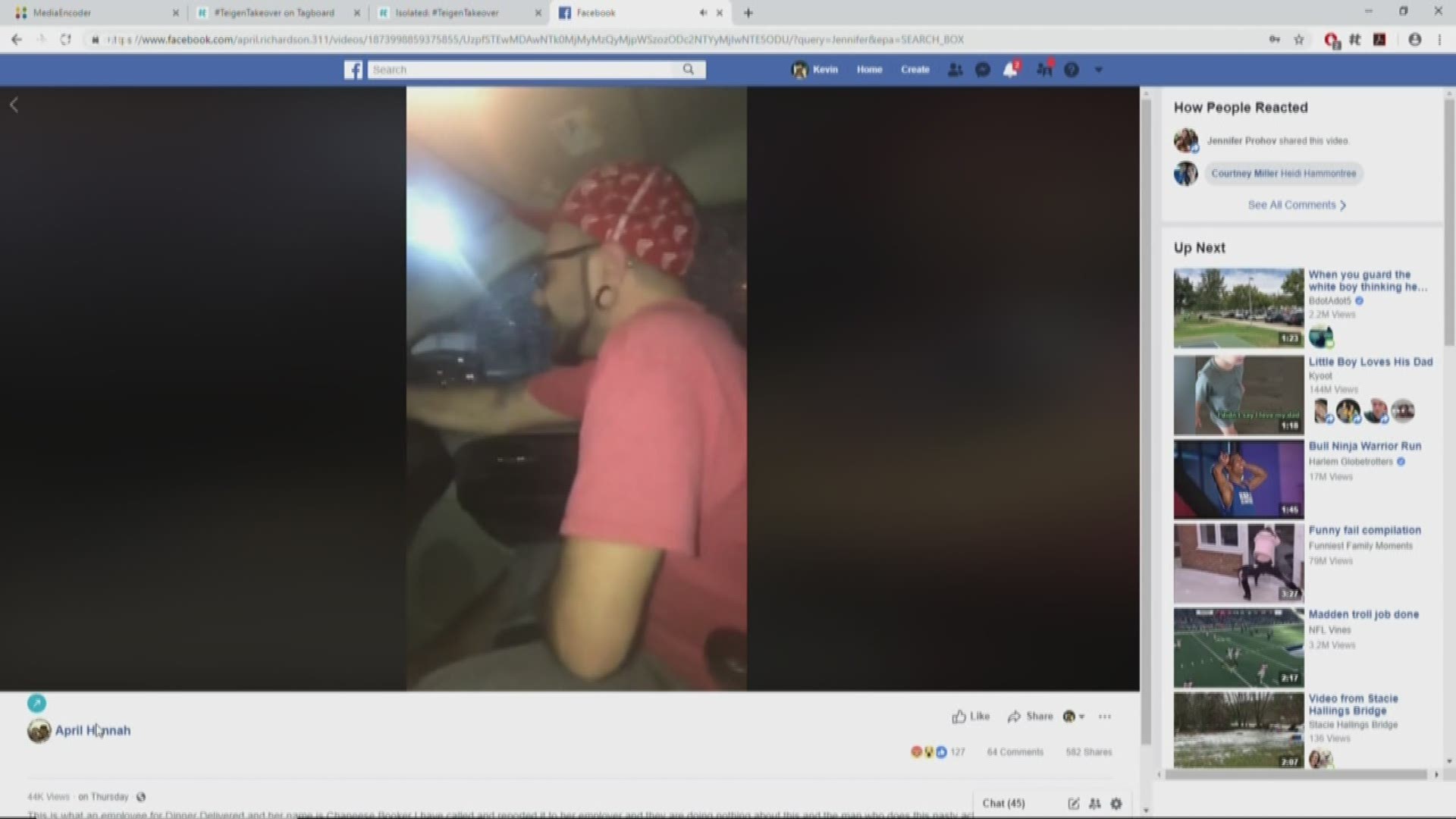 MARYVILLE, Tenn. — Update: The man accused of dipping his genitals into a delivery customer's salsa has pleaded guilty to a lesser offense.

Howard Michael Webb was initially faced a felony charge of adulteration of food, liquids or pharmaceuticals.

In a Blount County courtroom this week, Webb agreed to plead guilty to physical assault.

The judge ordered him to spend 30 days in jail and six months of supervised probation. He has already served 21 days behind bars

Howard Matthew Webb is not the kind of guy you want delivering your food, if a Blount County warrant is to be believed.

He faces a felony charge of adulteration of food, liquids or pharmaceuticals. Webb was taken into custody Feb. 22 and was still being held Tuesday in jail.

Webb appeared to have been a passenger in the vehicle of an independent delivery driver, according to the food service Dinner Delivered.

A video that circulated earlier this month on social media shows Webb in action. He's depicted sitting in the vehicle's front passenger seat.

The affidavit of complaint contains two dates, suggesting one is factually incorrect.

The affidavit states the incident took place the night of Jan. 12, 2018, meaning it happened over a year ago. But the narrative of the document states it happened Jan. 12, 2019.

As Webb is filmed reaching for the salsa cup, the driver of the delivery vehicle can be heard laughing and saying, "This is what you get when you give an 89 cents tip for an almost 30-minute drive."

Webb also can be heard remarking about what he's doing.

Dinner Delivered of Maryville posted a message about the incident last week on its Facebook page.

"In recent events, it has come to light that a single, rogue independent contractor hired to deliver orders for Dinner Delivered has engaged in criminal behavior that has resulted in indecent acts performed to customer orders, as well as unverified claims of inserting poisonous substances inside customer drinks. These acts appear to be motivated by singular personal frustrations of this sole contractor, and are absolutely not reflective of the behavior of the remainder of our capable and customer-oriented delivery force or the principles and values of Dinner Delivered as an organization.

"Dinner Delivered takes both customer service and customer safety very seriously, and intends to pursue both criminal and civil action against all individuals implicated by the evidence provided to our dispatch center about the driver’s behavior.

"We deeply and sincerely apologize for the behavior of this lone outlier and any affected by it, and will be re-examining both our training and hiring policies to help ensure a situation like this does not occur again in the future."

Dinner Delivered also addressed customers who asked about it, saying: "We have alerted the authorities, let that driver go, and we are taking every action possible so nothing even remotely like this ever happens again."