Neighbors in Monroe County say it's the latest in a series of odd behavior from Darrell Chadima, who now faces charges of filing a false report 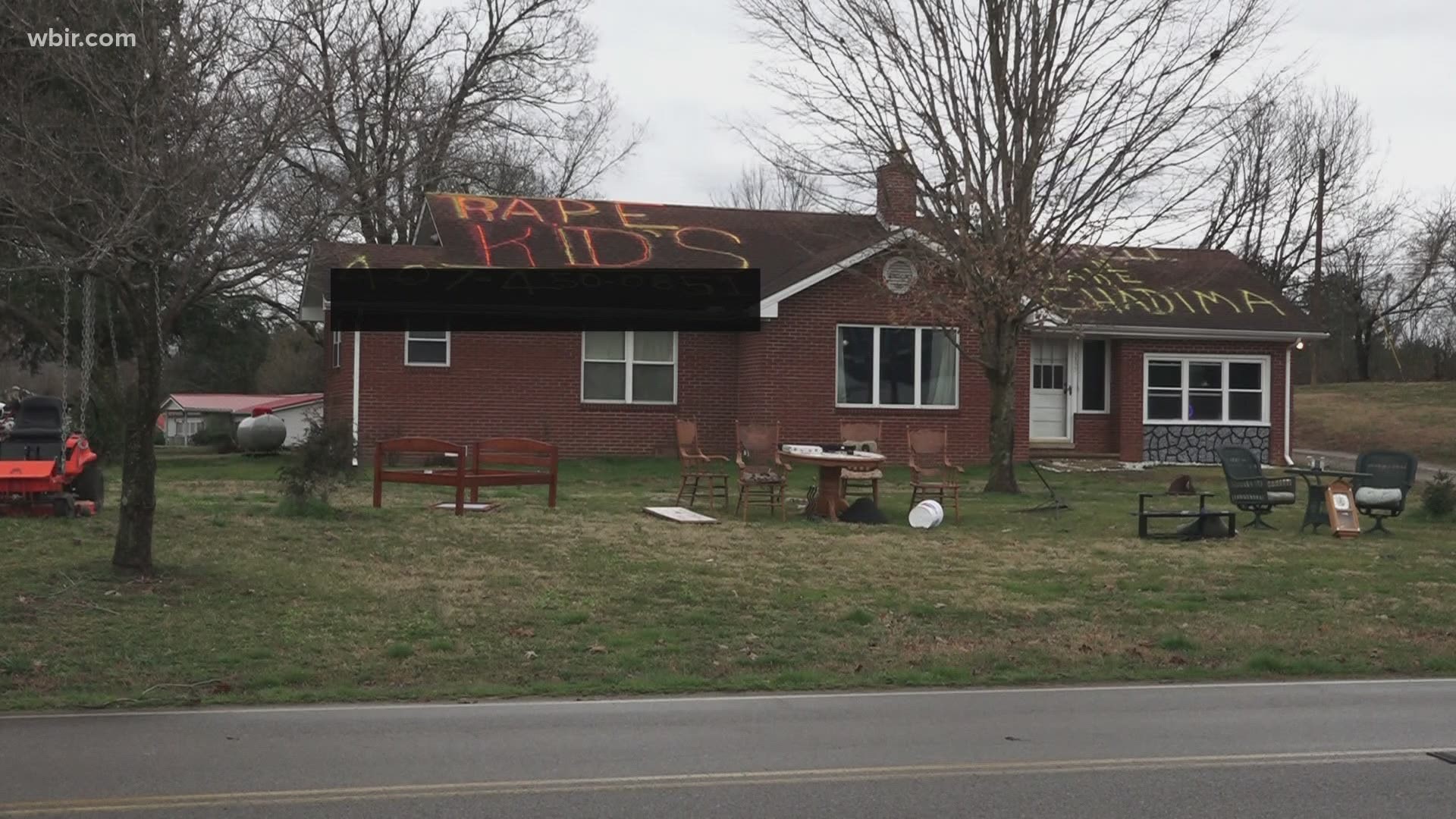 Deputies from the Monroe County Sheriff's Office charged a Madisonville man with filing a false report Sunday, days after his neighbors began complaining he painted a disturbing message on his roof, incident reports show.

The California native is being held without bond at the Monroe County Justice Center on charges he filed a false report, days after deputies arrested him on a charge of "retaliation for past actions."

"I’ve worked a lot of weird cases over the years, but this one is something else," Captain Mack Williams with the Monroe County Sheriff's Office said.

"We can’t arrest him for the signs. That’s law. I mean he can put a sign up in his yard if he wants to, but ain't nothing nobody can do about it," he said.

Neighbors said they are alarmed by Chadima's behavior.

"Every time we came home, it was a matter of: what’s it going to be now?" Alison Bierley, who lives nearby, said.

According to the deputy, Chadima said he was not advocating for child rape and did not support child rape, but indicated he was upset that a neighbor had accused him of being a pedophile.

A detective arrested Chadima Sunday afternoon after he reported someone within the sheriff's office broke into his house, woke him up and told him "if he didn't stop what he has been doing, they would feed him to the pigs on their farm," an incident report said.

Williams said Chadima indicated the sheriff himself was the one who broke in, but Chadima refused to name anyone when speaking with detectives.

"The sheriff was at home in bed asleep with his wife what it happened," Williams said, shaking his head incredulously.

He said the issues began when a pair of young men beat up Chadima in his own home last year. Chadima pressed charges, but was not pleased with the juvenile court ruling.

"He wants more done to them than what the court done," Williams said.

Other incident reports show an ongoing back-and-forth between Chadima and his neighbors. Chadima filed a report complaining his neighbors accused him of raping an underage girl.

In another incident, a student at a local high school reported Chadima "would not leave him alone." During the conversation with the reporting officer, Chadima called the young man several times, the report said.

In texts reviewed by the officer, Chadima and the young man exchanged threats of violence against eachother. In one text, the report said, Chadima threated to kill the young man, but also indicated he wanted to have sex with him.

Williams said the department examined sex offender databases across the country, but found no entry for Mr. Chadima.