The strip club was the location of a shooting this Sunday where one man died and two wound up in the hospital. 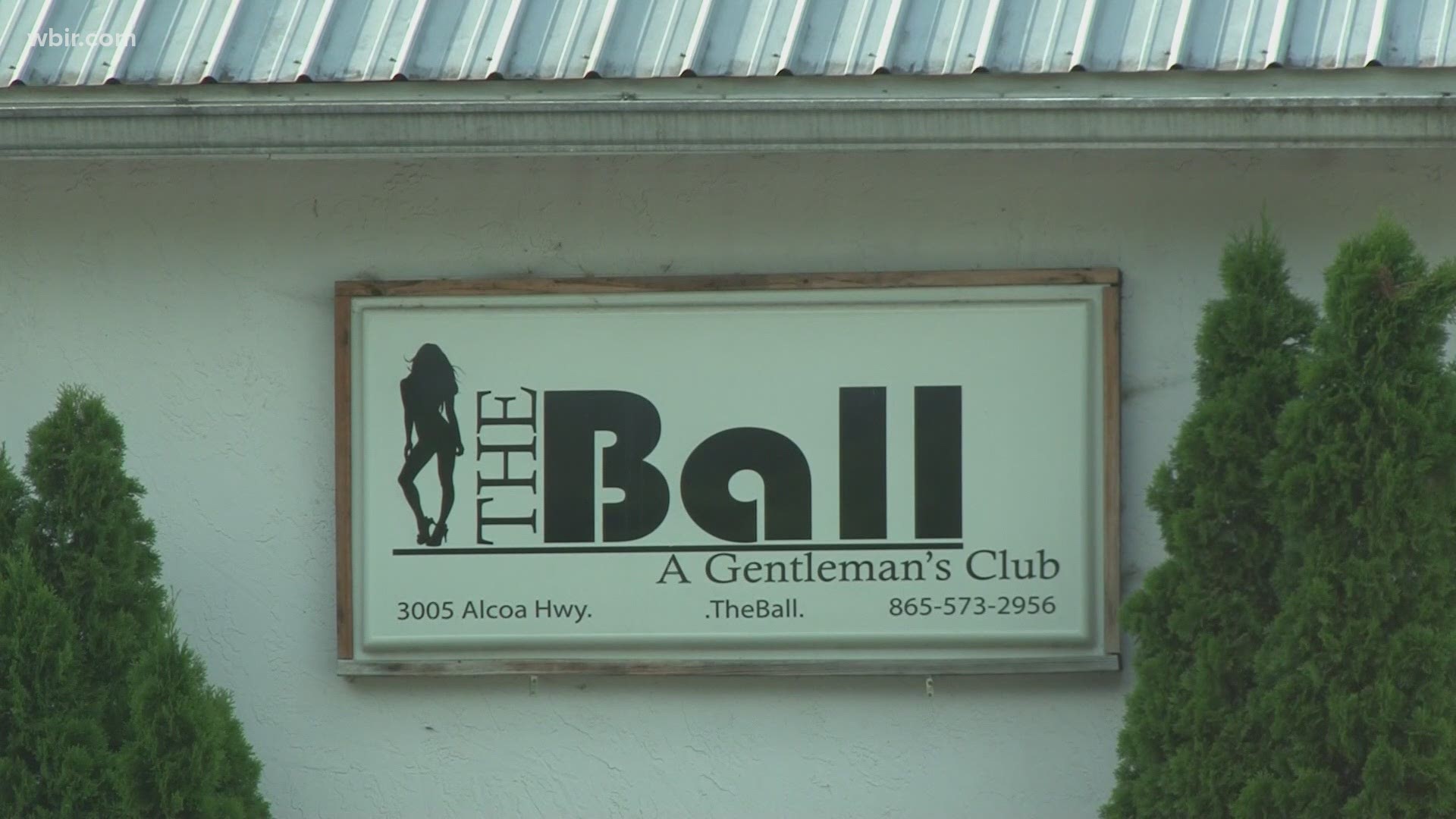 KNOXVILLE, Tenn. — There has been more than 20 incident reports in the past 14 months at the Ball Gentleman's Club off of Alcoa Highway in Knoxville.

This comes amid a shooting that left one person dead and two people wounded on Sunday.

The incident reports range from petty crime and drunkenness, up to aggravated assault and overdoses.

The official weekend hours for the club are Friday and Saturday from 7:00-5:00 a.m.

"They're staying in the parking lot and continuing the party," Cindy McLaughlin said.

Mclaughlin lives in the neighborhood tucked behind the strip club. She says the sounds of loud music from the club echo through the trees. It is a source of annoyance for what she called a "quiet neighborhood."

"The motto for Lake More Hills is 'the quiet side of the river,'" McLaughlin said, "It is a quiet community. There are a lot of seniors that live in this neighborhood."

Every weekend, parties continue after the club's hours in the parking lot area. People park in the grass, play music, and gather.

However, it isn't always a friendly affair.

The Knoxville Police Department responded to reports of a shooting at The Ball Gentleman's Club around 4 a.m. on Sunday, July 11.

RELATED: "I am fearful" | Neighbors live in fear after shooting death at 'The Ball'

Broderick Gipson, 36, of Knoxville was killed when multiple people fired shots in the parking lot.

Investigators also said Monday that two other men were wounded in that early Sunday morning shooting. Those victims left the parking lot before officers arrived and showed up at area hospitals with gunshot wounds.

However, this was not the first instance of gun violence at the club.

In November 2020, several rounds were fired, completely damaging the windows of two cars in the parking lot.

After Sunday night's incident, neighbors are fed up.

"Death is a huge concern," McLaughlin said. "I mean, ultimately, we would like to see it closed down and not exist."

And not just because of the violence.

"We have a church very close to this, we have restaurants, we have establishments," McLaughlin said, "We really don't need a business like that in this neighborhood."