Police had been seeking fugitive Isaiah Ramirez, 36, of Clinton. He fled and ended up in the parking lot of the Anderson County General Sessions Court. 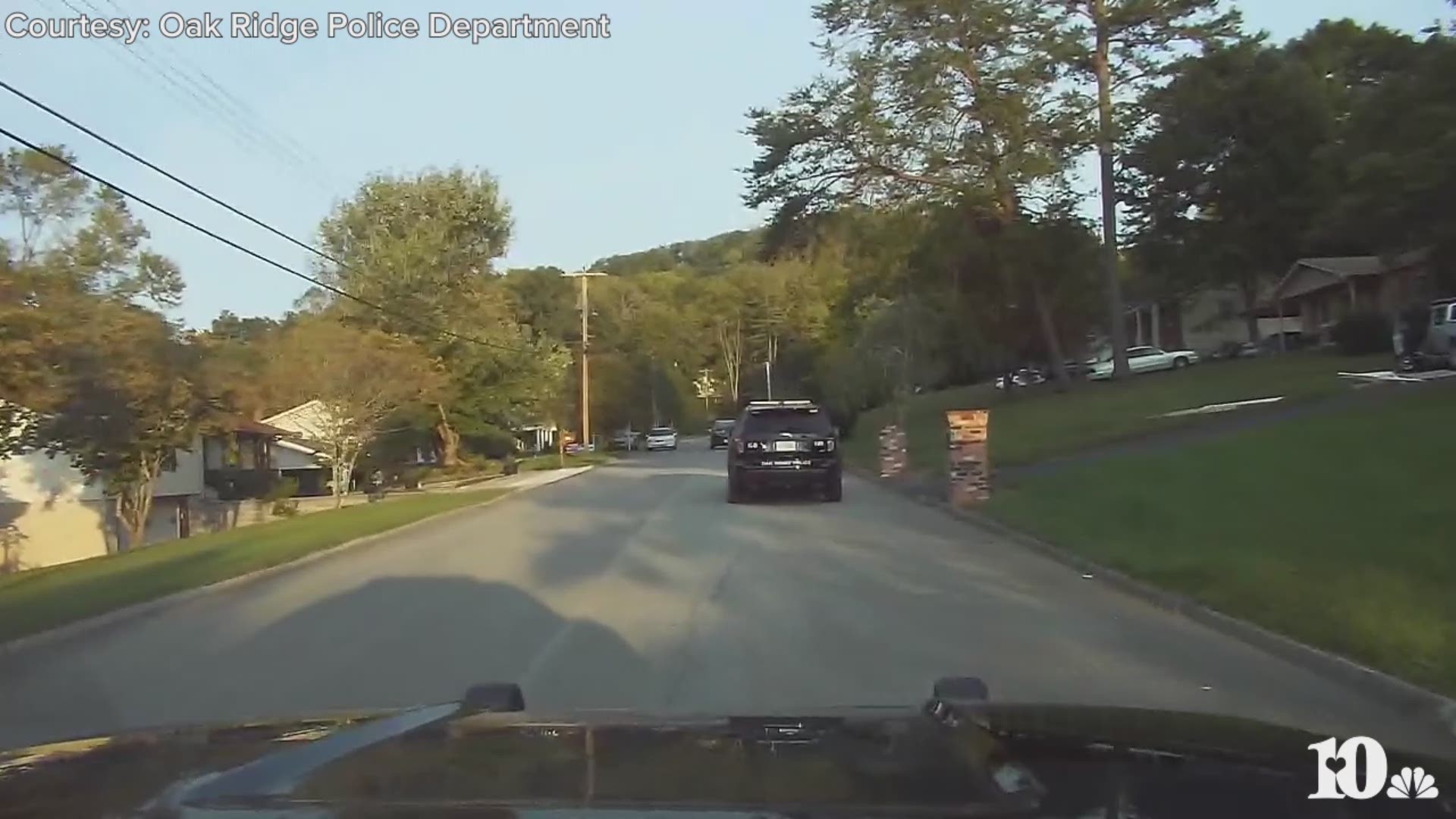 OAK RIDGE, Tenn. — An Oak Ridge Police Department officer shot and fatally wounded a man wanted on several warrants after a brief chase in October, firing three shots as the driver swung around and then bumped him in a public parking lot, videos of the encounter show.

Officer Nathan Gibson fired the first shot before the vehicle struck him, the video shows.

ORPD Officer Gibson shot the Clinton man twice through his Nissan pickup truck's windshield. The third bullet struck the steering column, according to an investigation of the shooting.

Anderson County District Attorney General Dave Clark cleared Gibson earlier this month of wrongdoing, and no charges will be fired. Gibson was treated the night of the shooting for a knee injury and later went back to work.

The Tennessee Bureau of Investigation reviewed the shooting.

Officers had been searching for Ramirez on charges that included aggravated burglary and probation violation. Ramirez didn't want to go to jail, authorities have said.

He was doing home repairs in a Cumberland Ridge Drive neighborhood the night of the shooting. Numerous officers had tracked him down to take him into custody.

But Ramirez, towing a utility trailer, eluded them and fled.

One officer's video from footage released Tuesday shows an Oak Ridge policeman run toward Ramirez's Nissan Frontier before the chase with his weapon drawn. Ramirez sped off, followed by several police cruisers.

The chase lasted a few minutes. The lead officer pulled almost parallel to Ramirez a couple times as the truck sped out of the neighborhood.

The pursuit ended up in the parking lot of the Anderson County General Sessions Court on Emory Valley Road.

Video recordings show more than a half dozen cruisers converging at and around Ramirez, boxing him in.

Officer Gibson pulled to the side, got out and ran toward the Nissan pickup with his pistol drawn. As Ramirez swung around and Gibson advanced toward him, Gibson fired the first shot within feet of the Nissan's front windshield.

Videos show the Nissan continuing to swing around with Gibson positioned at the right front bumper. He fired two more times from the semiautomatic weapon.

A dispatcher twice asked if officers were all alright before getting affirmation responders were unharmed.

Ramirez's vehicle, its headlights lights on, came to a stop quickly after he was shot. Officers circled the cab, guns drawn. After determining he no longer posed a threat, they pulled him out and began treating him.

After shooting Ramirez, Gibson can be seen staggering back, dropping something on the ground. Video shows him limping slightly as he backs away in the parking lot.

An Anderson County ambulance crew then arrived and worked on Ramirez about 10 minutes, conducting chest compressions as they rolled him into the ambulance.

He was declared dead at an area hospital. Authorities said earlier this month that Ramirez had a pulse at least briefly on the scene.

Clark said it was his opinion that Ramirez's own decisions and conduct ultimately led to his death.