Thieves stole a catalytic converter off the nonprofit's van. The cost for repairs is hindering the organization aimed at helping others. 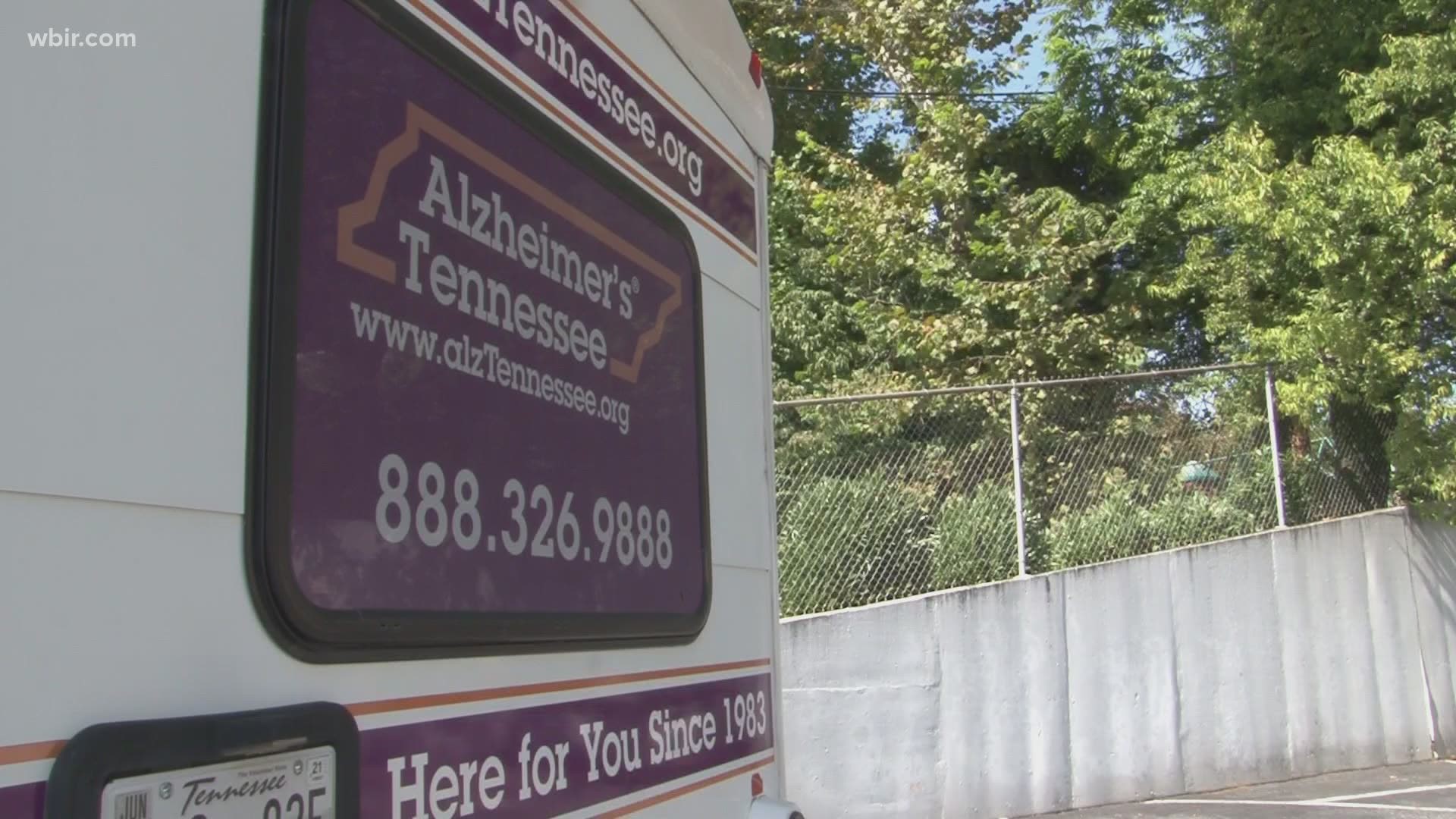 KNOXVILLE, Tenn — Knoxville police report thieves are stealing catalytic converters from vehicles all across the city. One of the latest victims is the nonprofit Alzheimer's Tennessee.

The theft is taking money away from an organization aimed at helping others. On Friday morning, Larry Effler hopped in the ALZ TN van and turned the key. The sound that greeted him was a loud roar.

"Instead of it sounding like a passenger van it sounded like a NASCAR racer," said Effler, the communications director for the nonprofit.

Staff typically takes the vehicle to "caravans of love" in an effort to show support for assisted living facilities and the communities it serves.

The nonprofit was scheduled to bring its van to Crossville for a fundraiser parade over the weekend, but the sound and what was found put a halt on that.

It will be a couple thousand dollars to get it fixed. For the nonprofit that helps families dealing with Alzheimer's, it's infuriating.

"We do things to help folks who you know need our help immediately and need our help badly, and we just shouldn't be forced to deal with this," Effler nodded.

KPD, and the manager at the Mighty Muffler on Western Avenue, said thieves likely stole the piece to try and make some money.

RELATED: They stole what? Thieves take catalytic converters from AT&T vehicles in OR

"There are a few different types of precious metals in the converter that are a little bit more expensive, so when they steal them, they steal them with the intent to sell them," shop manager Jennifer Russell said.

It can happen anywhere in a matter of minutes. Russell said SUVs, trucks and vans are typically more often targeted because it's easier for thieves to slide underneath the vehicles.

This type of crime ebbs and flows. KPD said there have been at least 19 catalytic converter theft police reports filed since May 1, 2020.

"There for a while it almost stopped, and it's picked back up here recently," Russell explained.

“Stipulations where you have to have a license and have to be registered to remove, replace or recycle them," Russell explained. "There are certain laws in place and it did slow it down a few years ago, but they’re not strict enough.”

Alzheimer's Tennessee said it will be moving the van to a more secure location, buying a security system and installing a catalytic converter without detectable platinum.

As ALZ TN waits for the repairs, the nonprofit can't help but think about all the families it could help with the money it's now forced to spend.

"They left the van unusable and they took it and I guess they got some money for it," Effler nodded. "I hope they're happy because we are not."

Alzheimer's Tennessee is a nonprofit that serves families throughout the whole state. There are 120,000 Tennesseans living with Alzheimer's disease.