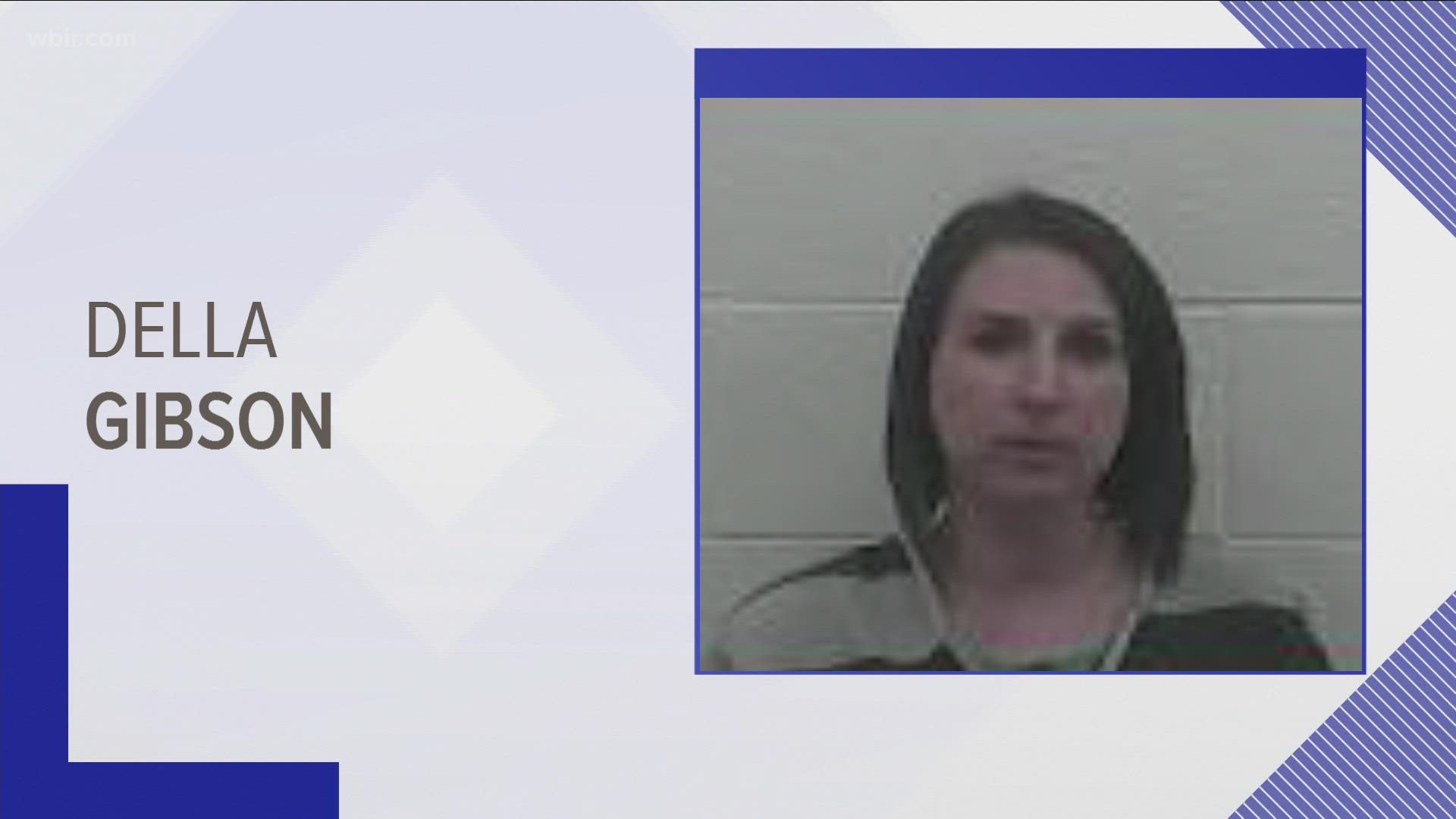 LENOIR CITY, Tenn. — (Update: 8/23/2021): A former Oak Ridge nurse has been sentenced to two years probation after pleading guilty to mailing dog poop and a sanitary napkin with a patient's blood on it to her husband's ex-wife.

According to the U.S. Attorney's Office for the Eastern District of Tennessee, Della Marie Gibson, 37, accepted a plea deal and pleaded guilty Monday to two counts of sending biohazardous materials through the mail.

Gibson had faced state and federal charges after investigators said she took blood from a patient at Parkwest hospital, put it on a sanitary pad and mailed it to her husband's ex-wife on or around April 9, 2021.

Gibson admitted to investigators that she used blood from a patient at Parkwest and would "normally dispose of the blood draw, but instead set it aside," arrest warrants from early April revealed.

She told federal investigators who interviewed her at the hospital that she did it because "she wanted 'the kids' to know the truth about [her husband's ex]." Lathum said her husband's ex-wife was "lazy, didn't work and lived off the system," according to federal court documents.

On another occasion around April 9, court documents said Lathum mailed her husband's ex a FedEx envelop containing dog poop and a letter with derogatory comments.

Lathum's probation sentencing came as part of a plea deal and will require her to be supervised and undergo mental health treatment, anger management treatment, and have no contact with the victim or her children. In addition, she is not allowed to seek employment in any healthcare setting that puts her in direct contact with patients.

In a statement from June, Parkwest hospital spokesperson Tonya Stoutt-Brown said Lathum was no longer employed at the hospital.

In late March, Lathum caused $1,000 of damage by scratching the side of a Chevrolet Malibu belonging to her husband's ex-wife while the woman was attending a school banquet with her children at Lenoir City High School, arrest warrants said.

That same day, records show, Lathum put a rock on the woman's doorstep. "The rock had a red letter 'A' written on it, which is most known to symbolize adultery," the arrest warrant said.

In mid-April, Lathum mailed a card "disguised as an invitation" to her husband's ex-wife's juvenile daughter that included derogatory comments about the family, records show.