KPD said that Johnathan Davis Jr. still remains at large and should be considered armed and dangerous. 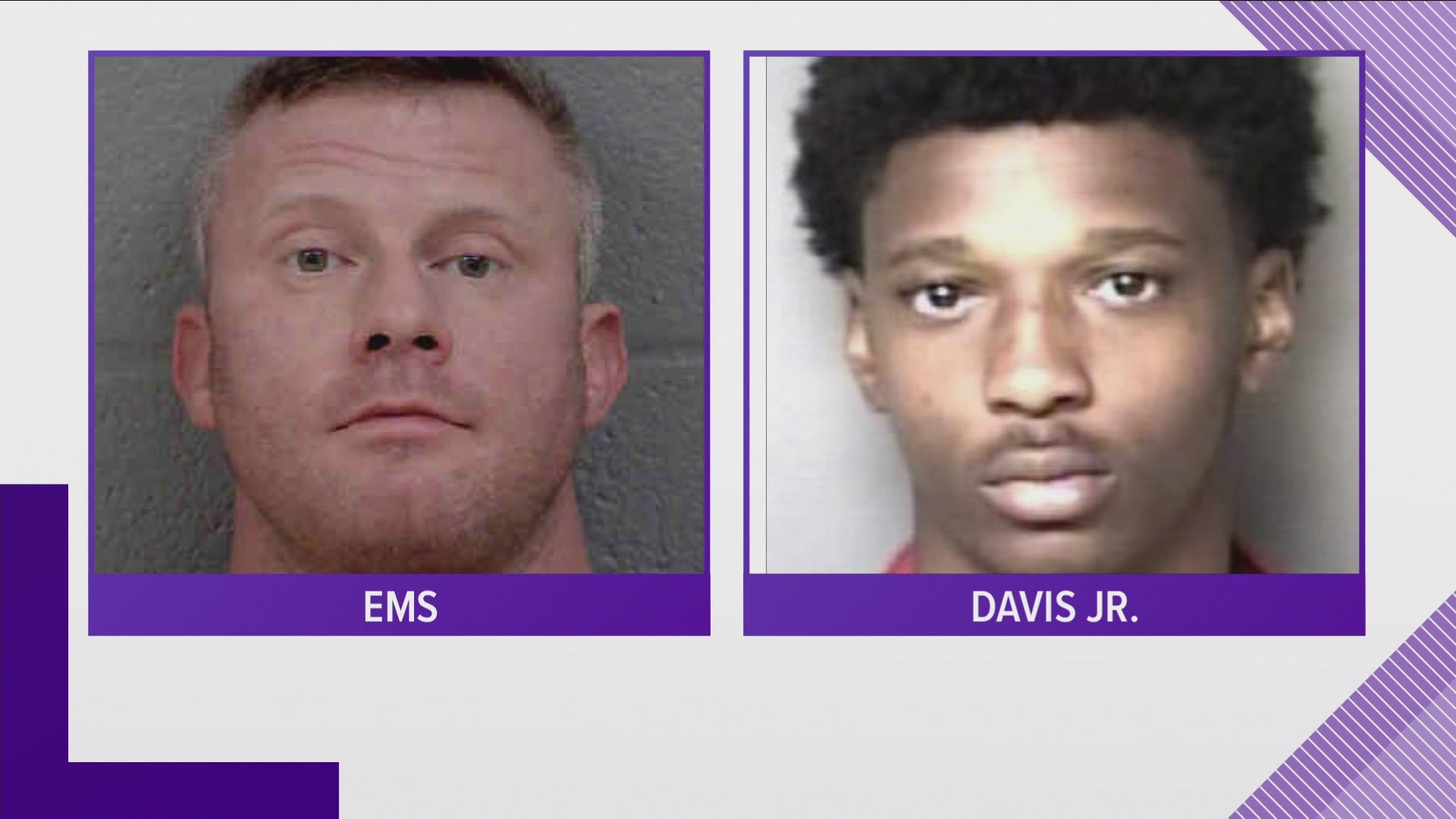 Davis was booked into the Gaston County Jail, will also be extradited back to Knoxville on those outstanding warrants.

Marshals also arrested Michael Ems, 40, in North Carolina on Wednesday night. He was wanted on an attempted first-degree murder charge from a domestic incident that occurred in the 7300 block of Antoinette Way of Knoxville on May 23.

Ems has been booked into the Mecklenburg County Detention Center to await extradition back to Knoxville.

"The Knoxville Police Department is grateful to the U.S. Marshals Service and its Federal Bureau of Investigation partners for their assistance to help locate and apprehend these two wanted fugitives," KPD said in a release,

Update (March 17, 2021) The Knoxville Police Department is still looking for a fugitive wanted on charges of first-degree murder and attempted second-degree murder for a shooting reported at the Red Roof Inn at 5334 Central Avenue Pike on October 11, 2020.

KPD said that Johnathan Davis Jr., 20 of Knoxville, is accused of shooting 58-year-old John Townsend as well as a male employee of the Red Roof Inn.

Townsend was fatally wounded in the shooting while the 51-year-old Red Roof Inn staff member suffered serious injuries, according to police.

KPD said that Davis Jr. still remains at large and should be considered armed and dangerous.

Update (Oct. 20, 2020): The Knoxville Police Department said it has obtained warrants for a new suspect in a shooting this month at the Red Roof Inn after dropping a murder charge filed against a 21-year-old man earlier Tuesday.

KPD said it has obtained a warrant for the arrest of 19-year-old Johnathan Davis of Knoxville for first-degree murder and attempted second-degree murder in the shooting.

Police said Davis is the primary suspect and remains at large. Anyone with information about his whereabouts should contact KPD at (865) 215-7212.

Another man had originally been identified as one of several suspected in the Oct. 11 attack, records show.

A witness picked him from a photo lineup as one of the suspects, a warrant states.

He was named in a warrant. But authorities dropped the charge Tuesday in Knox County General Sessions Court, records show.

Victim John D. Townsend was in Room 202 at the motel, 5334 Central Ave. Pike, when several suspects arrived in a Chevrolet pickup.

One of the suspects opened Townsend's door "and immediately started shooting," a warrant states. Townsend died at the motel.

As they left, one of the suspects also shot a man who worked at the property at least once in the torso. He suffered critical injuries.

UPDATE:  A man killed after a shooting at the Red Roof Inn on Central Avenue Pike on Sunday has been identified, KPD said.

John Townsend of Knoxville was identified as the person killed. The second victim remains in critical condition.

Upon arrival, officers said they located two male victims, each suffering from at least one gunshot wound. One was pronounced dead on the scene, while the other was transported to the UT Medical Center via AMR in critical condition, according to KPD.

The preliminary investigation determined that multiple suspects arrived at the motel and approached a second-floor room in a possible attempted armed robbery prior to the shooting occurring, according to KPD. The suspects then fled the scene prior to the officers' arrival.

Violent Crimes Unit investigators responded to the scene to begin their investigation, which remains in the preliminary stages. Anyone with information regarding the incident is urged to call Investigator Preston Whillock at 865-215-7315.