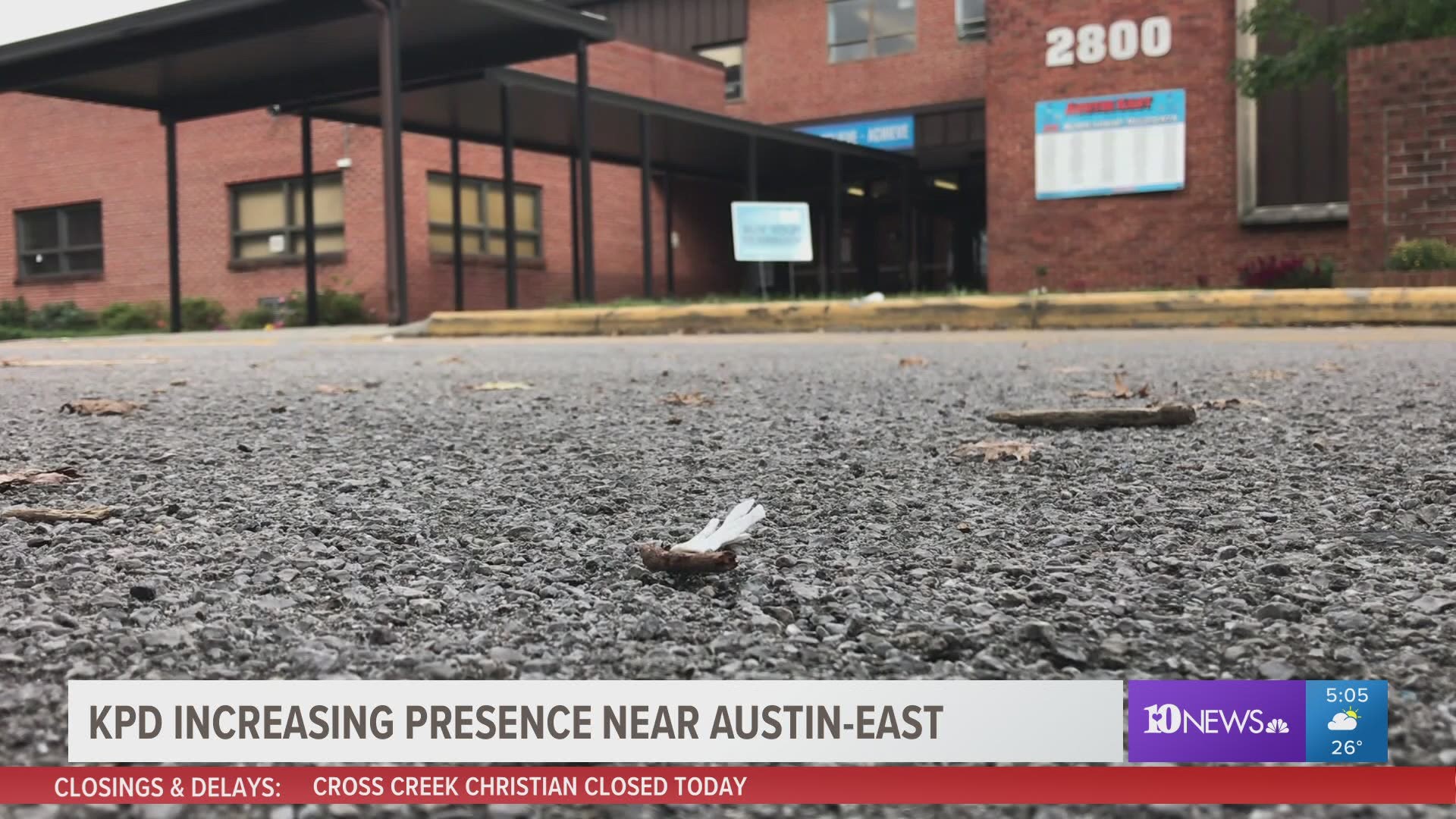 KNOXVILLE, Tenn. — Knoxville Mayor Indya Kincannon said she was devastated to learn about the death of 16-year-old Stanley Freeman Jr.

"He was an innocent child [leaving] school. School need to be a safe place. Our city needs to be a safe place," she said. "As a mom, as a mayor, as someone responsible for public safety: my heart is breaking."

She said she's committed to addressing public safety in collaboration with the schools, families and faith-based leaders. And already, Mayor Kincannon said they're making changes.

"We're offering three additional school resource officers at Austin-East," she said. "We're going to be having a more visible presence outside the school building."

"We've actually been having conversations even before this incident happened," Thomas said. "There's a need for some additional surveillance on campus and we're in the process of procuring some."

In the past three years alone, data from the LexisNexis Community Crime Map showed there have been at least 12 homicides within a mile and a half of Austin-East High.

"The problem isn't our school. We have a gun violence problem in Knoxville," Austin-East Principal Nathan Langlois said. "It's sad. This should never occur in our community."

Moving forward, Mayor Kincannon said she will propose a more long-term solution to tackling gun violence at the city council meeting in March.

"I plan to propose money towards training and supporting the people in the community who have the capacity to do this work," she said. "That requires a lot of trust. It's a public health approach to addressing violence and interrupting it."