From May 2018 to July 2018, investigators said the pair targeted the homes of elderly victims, forcing entry into their home and holding them at gunpoint. 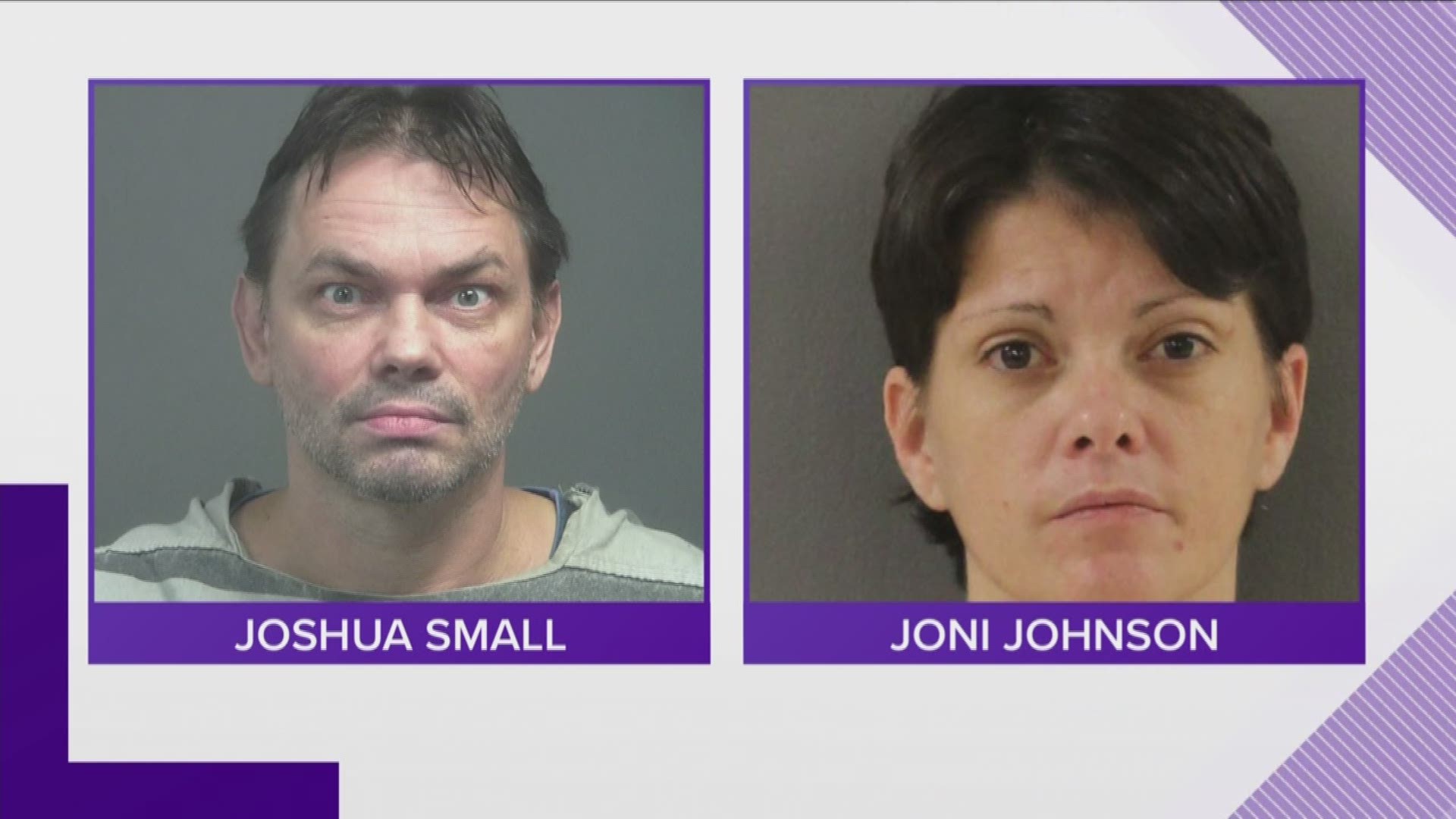 KNOXVILLE, Tenn. — Two people who went on a spree of armed home invasions and kidnappings throughout West Virginia, Virginia, and East Tennessee over a three-month span in summer 2018 have been sentenced to serve at least 25 years in federal prison.

From May 2018 to July 2018, investigators said Small and Johnson targeted the homes of elderly people, forcing entry into their homes, holding them at gunpoint, and binding their hands and feet.

Small and Johnson would then ransack the homes, stealing jewelry, valuables, heirlooms, and cash, officials said.

In a home invasion in Dandridge, Small struck a 72-year-old man in the neck, bound his hands and feet with power cords, and shoved him down a flight of stairs into the basement, investigators said.

In Jefferson County, Small and Johnson forced their way into an 81-year-old man’s home, struck him in the head and neck, bound his hands and feet, gagged him, robbed him of $3,200 and fled.

"During a home invasion in Princeton, West Virginia, the two surreptitiously entered the home of an 88-year-old woman, holding her at gunpoint and ripping off her Life Alert necklace," a Department of Justice release said. "Small then struck her in the head, knocking her unconscious and causing a substantial injury before fleeing the home with her pocketbook."

They were convicted on July 10 after a three-day trial.

Joe Carrico, a special agent with the FBI Knoxville, said financial crimes like these against the elderly are expected to cause $3 billion in losses across the country.