According to court documents, Josey III was in the women's restroom at Target when a woman looked up and says she saw him looking at her over the stall. 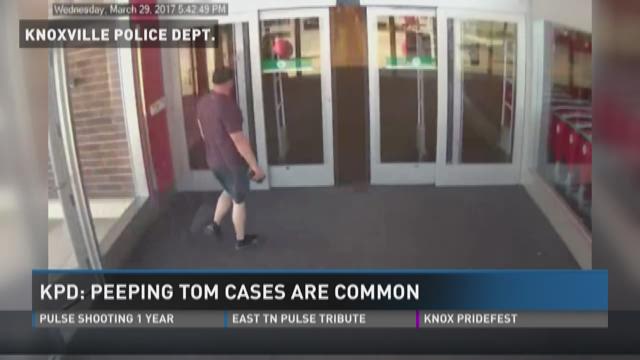 A man with a lengthy rap sheet including criminal trespass and observation without consent charges has been arrested accused of peeking over the stall in the women's restroom at Target on Clinton Highway.

According to court documents, Josey III was in the women's restroom at Target when a woman looked up and says she saw him looking at her over the stall. The woman told investigators she asked him what he was doing and he allegedly laughed at her, flushed, and took off with his cell phone.

The woman said she chased him out the front and security detained him, the report said.

“She yelled at the individual as she left was running out of the bathroom which drew the attention of employees. They did a very good job of caroling him and keeping him there until we could get there," said KPD spokesman Darrell DeBusk.

DeBusk says anyone who sees suspicious activity or feels uncomfortable in a store needs to report it to a manager.

“Unfortunately this type of activity happens across the country on a daily basis. We were fortunate in this incident that the suspect was able to be detained, that we’re able to place more charges on him," said DeBusk.

Investigators said they witnessed Josey III deleting photos off his phone before he was taken into custody.

A Target spokesperson sent the following statement to 10News about the incident:

"At Target, we want all of our guests to have a safe and welcoming experience whenever they shop at our stores. And as part of our commitment to safety, we have procedures, policies and trainings in place to help ensure that our stores are safe places to shop and work. We will not tolerate the behavior that we saw at the Knoxville Target store and are working closely with law enforcement by offering whatever support is needed."