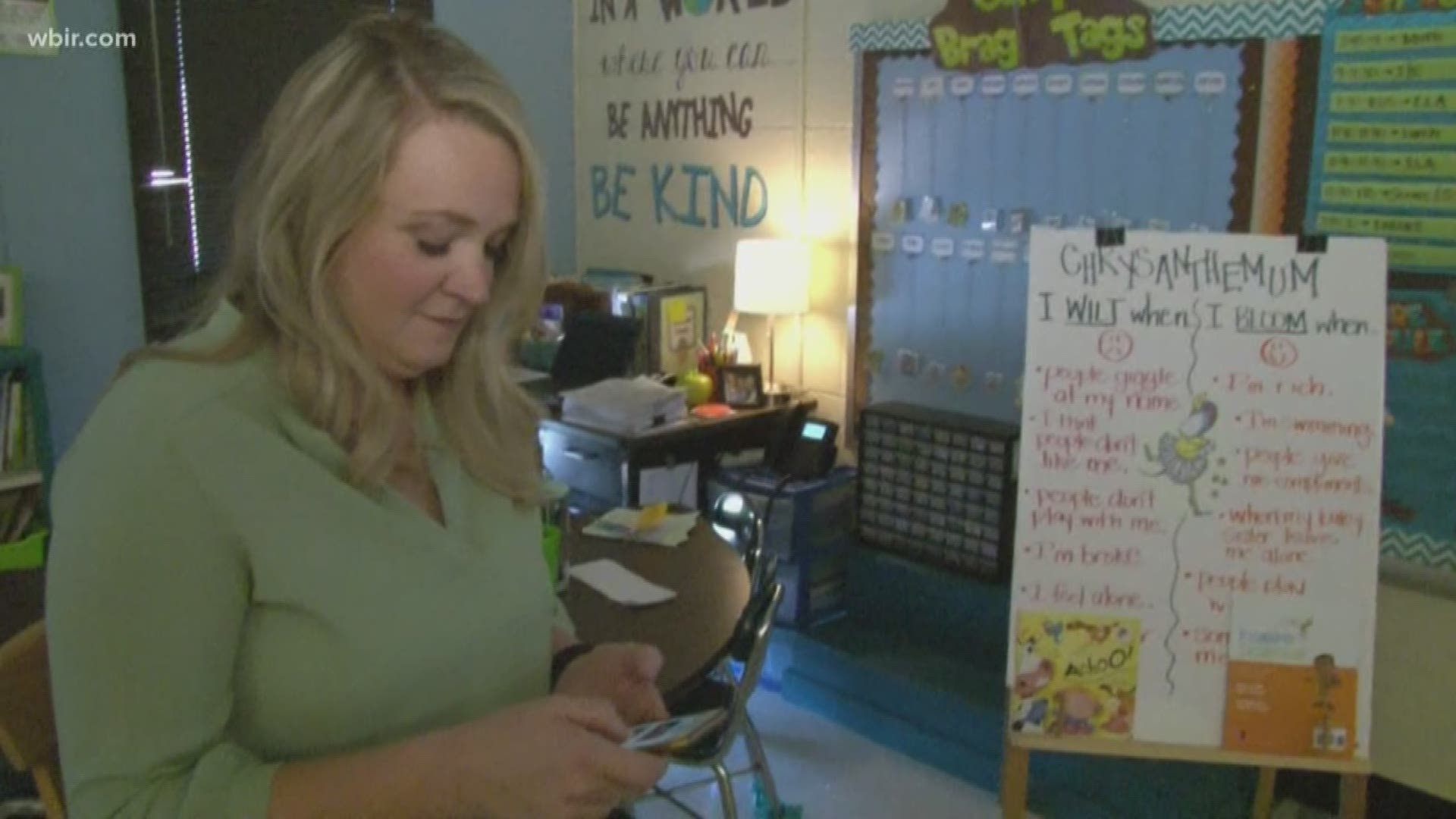 KNOXVILLE, Tenn. — Phone scammers are getting more and more clever.

In a seemingly endless list of increasingly savvy schemes, this time they're targeting Knox County teachers by posing as deputies from the Knox County Sheriff's Office.

At least two Knox County teachers were targeted last week. The scammers were asking for $1,800 in vouchers.

One teacher says the scam call felt so real, she was just minutes away from handing over the money, but her gut kicked in and hopes that others know to look out for this scam before it's too late

For second grade teacher Leanne Mannis-Alleman, the call wasn't like the rest of the spam calls she gets.

"He said he was from KCSO and asked me if I was aware I had missed a court appearance," she said.

A phone scammer targeted her at work. He said she had three warrants out for her arrest and she needed to withdraw $1,800.

"In that moment you're panicked and thinking, 'I can't be arrested in front of 20 second graders.'"

The scammer gave Mannis-Alleman his information trying to calm her down:  name, badge ID and phone number, which was linked to the KCSO.

It was all too real and the scammer wasn't letting her off the phone.

"I went and got the money then after I got out of the bank he said are you familiar with some sort of voucher, and I wasn't. He said I have to purchase these at Kroger," she said.

That's when she knew something really wasn't right. After multiple attempts, she hung up and called 911.

"Typically they want that money in the form of a wire transfer or a gift card because those are irreversible," Mannis-Alleman said.

The Better Business Bureau said if you think something's a scam, hang up immediately. Scammers use the victim's panic against them to get money.

Mannis-Alleman said there were so many red flags looking back that she couldn't comprehend in the moment.

"Whenever you have that gut feeling, instinct or something that's just not sitting right to trust it."

RELATED: Getting more spam calls? Here's how to protect yourself from becoming a victim

RELATED: 'I never thought to call 911 on police' | Phone scammers posing as law enforcement, threatening to arrest those who don't pay up