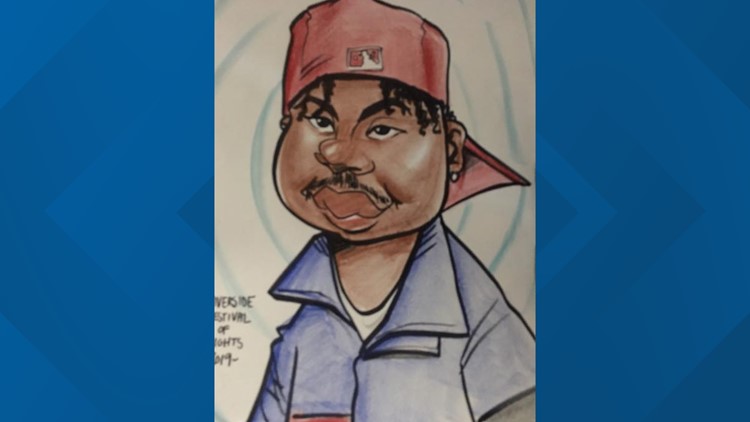 Police: Man poses for caricature, robs artist. What he left behind could lead to his arrest

RIVERSIDE, Calif — A caricature drawing could lead to the arrest of a California man.

The Riverside Police Department posted a picture of the drawing on their Facebook asking, " DO YOU RECOGNIZE THIS CARICATURE? And no, we are not kidding..."

On Dec. 5, the man in the drawing approached a caricature artist at the Festival of Lights in Riverside asking for a portrait of himself. The artist agreed and the man sat down, but when the sketch was completed the man took more than just the drawing.

Police say he grabbed a money bag that belonged to the artist, containing about $500, before taking off and leaving his drawing behind.

The man is described as a black male in his early 20s, about 5’1” tall with an average build, black hair and a mustache. He was last seen wearing a blue and red jacket, white undershirt, black pants and a red hat.

Anyone with information regarding the man's identity is asked to contact Detective Jeff Putnam at (951) 826-2054.