Michael and Shirley Gray face charges they abused their five adoptive children, locking them in the basement and feeding them a starvation diet. Two children died. 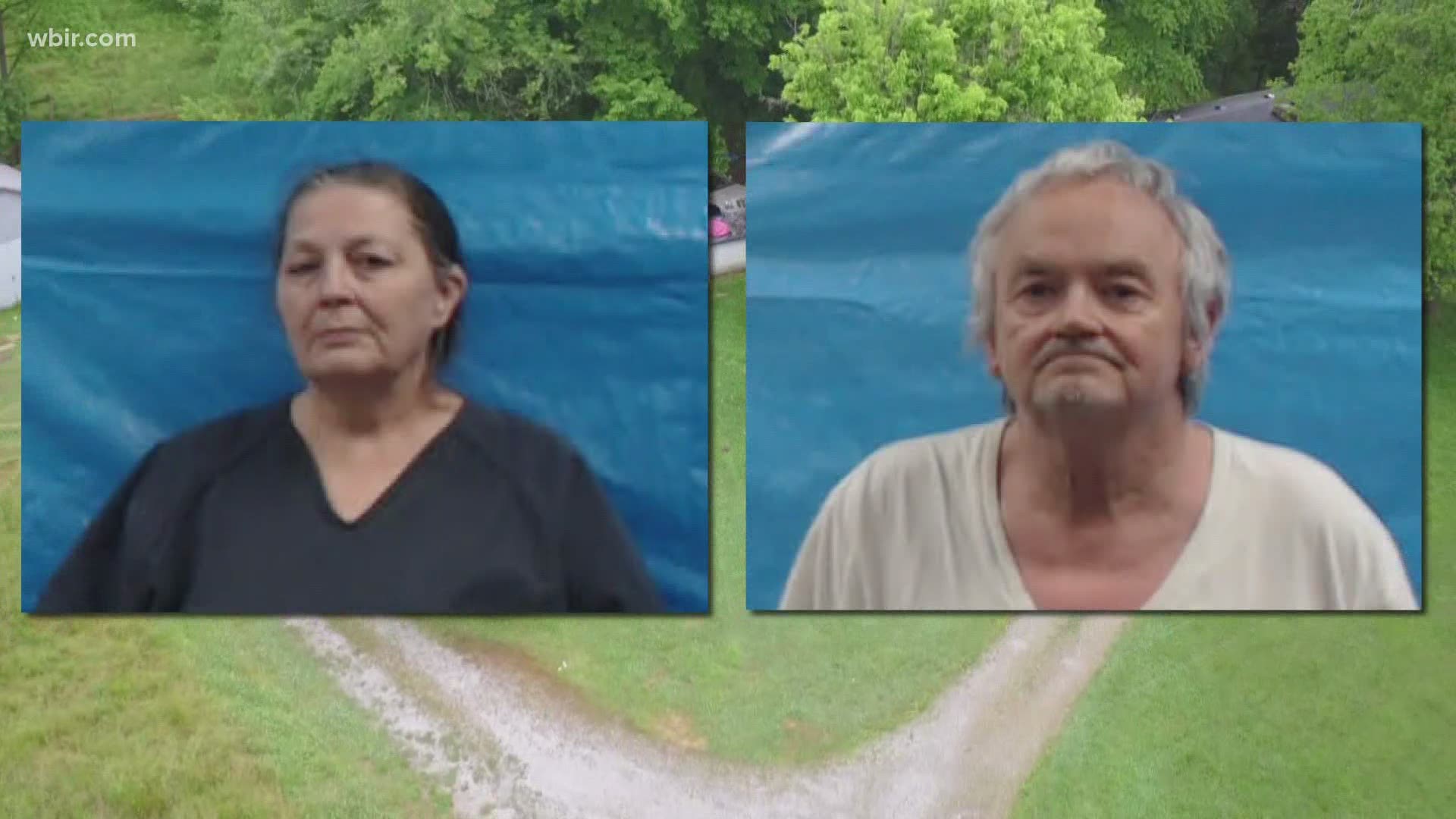 KINGSTON, Tenn. — The couple charged with locking their adopted children in their Roane County basement, feeding them a starvation diet and burying the body of one girl in their barn received $36 thousand a year in adoption payments from the Tennessee Department of Children's Services, a state senator said Friday.

Investigators said the couple locked two boys in their basement, forcing one into isolation for four years. Warrants say they fed their grade-school age children a starvation diet of "light bread and water." Roane Co. deputies said they found the body of a young girl buried in the family's barn. A Knox Co. Sheriff's Office search in Halls uncovered the body of a boy buried in the backyard of the couple's biological son.

"We can’t let this happen again," Yager said. "All of us were shocked and surprised, but we can’t be twice burned."

He said he's begun conversations with DCS and plans an August meeting with its commissioner about the adoption assistance program.

As it stands now, he said, the program gives incentive for foster families to adopt their foster children, typically by promising monthly payments until the children are 18.

Once the adoption is finalized, Yager said DCS caseworkers do not check back in. Parents are requested to sign an affidavit to promise they are adhering to the agreement every two years, he said.

"I would like to see it changed where instead of just a paper trail, we have the ability to make eye contact, physical contact with those adopted children to make sure that we see for ourselves what the adopted parents have said is true," Yager said.

He plans to propose a law to add oversight to the program in next year's legislative session.

On Friday, the Grays both waived their preliminary court hearings in Roane County. District Attorney Russell Johnson said their case will now go to a grand jury.

Johnson said his investigators are awaiting DNA results from the body of the girl found in the barn to confirm she is one of the Gray's adopted children. He said he's considering calling special grand jury session to present the case, rather than wait until the next regular meeting in October.

Prosecutors could bring murder charges against the Grays at that time.

Knox County prosecutors have not yet announced any charges against the Grays for crimes committed at their house in Halls. Their biological son, Michael Anthony Gray Jr., could face charges in Knox Co. as well.