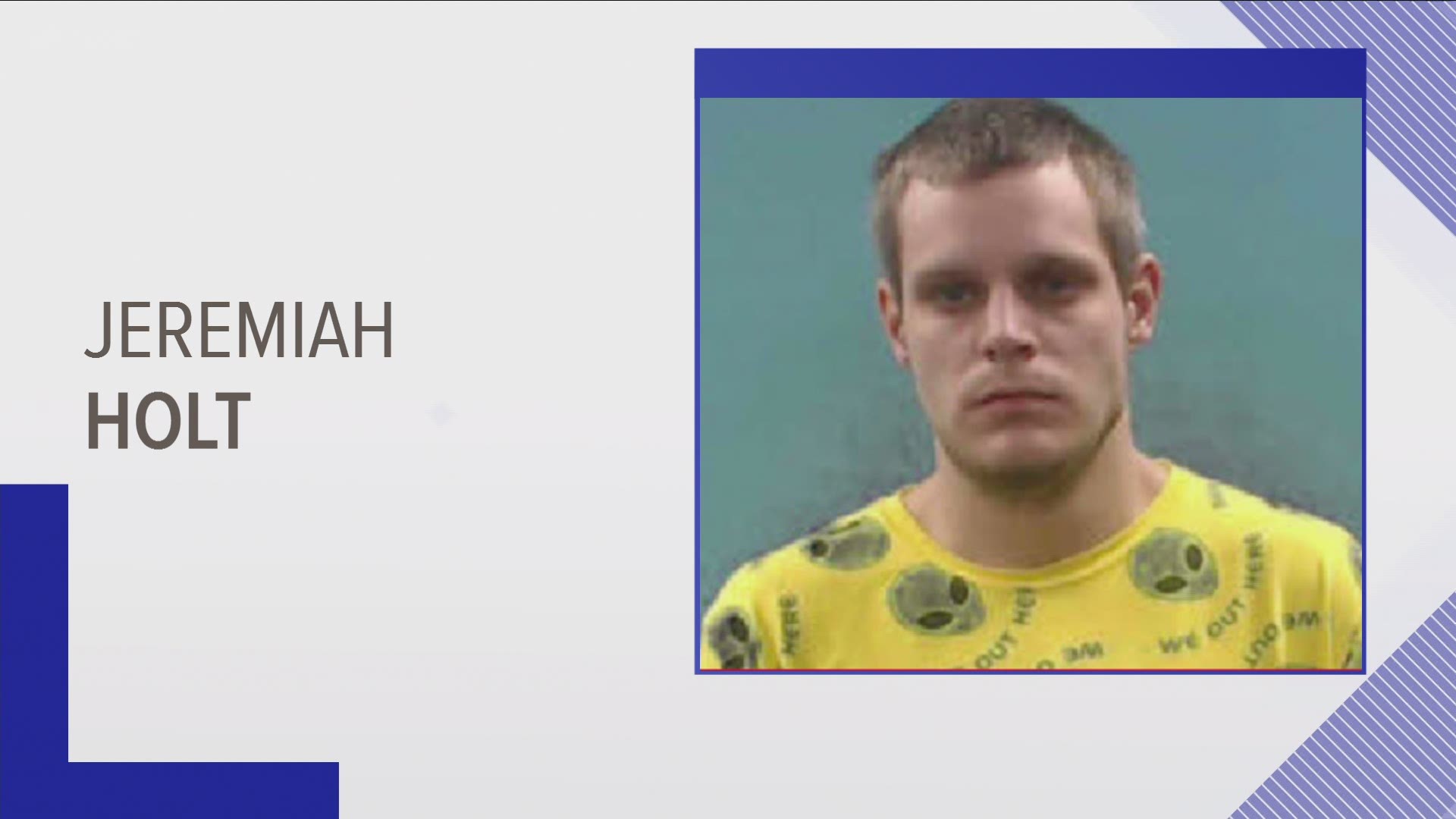 The RCSO said deputies located Jeremiah Holt around 4:30 p.m. Wednesday at a home in Morgan County.

Holt was part of a litter crew that was dropping garbage off at the Roane County Landfill when deputies said he ran away on April 16. He was not believed to be a danger to people.

Holt is now facing a charge for felony escape.

The Roane County Sheriff's Office said an inmate from Roane County Jail escaped Friday night and is still on the run as of Saturday afternoon.

The inmate's name is Jeremiah Holt. Officials said Holt is a white male standing at 5'10'' tall, and weighs around 160lbs.

Holt was part of a litter crew that was dropping off their garbage at the Roane County Landfill when he ran off.

Officers said they conducted a thorough search of the area and determined that he left the area.

Chief Deputy Tim Hawn said there is no evidence to believe he is a danger to the public.

Holt was serving time for multiple driving-related charges and violation of probation, according to officials.