A Roane County grand jury returned the indictments Tuesday. Shirley Gray and her husband, Michael Gray, have been in custody for months. 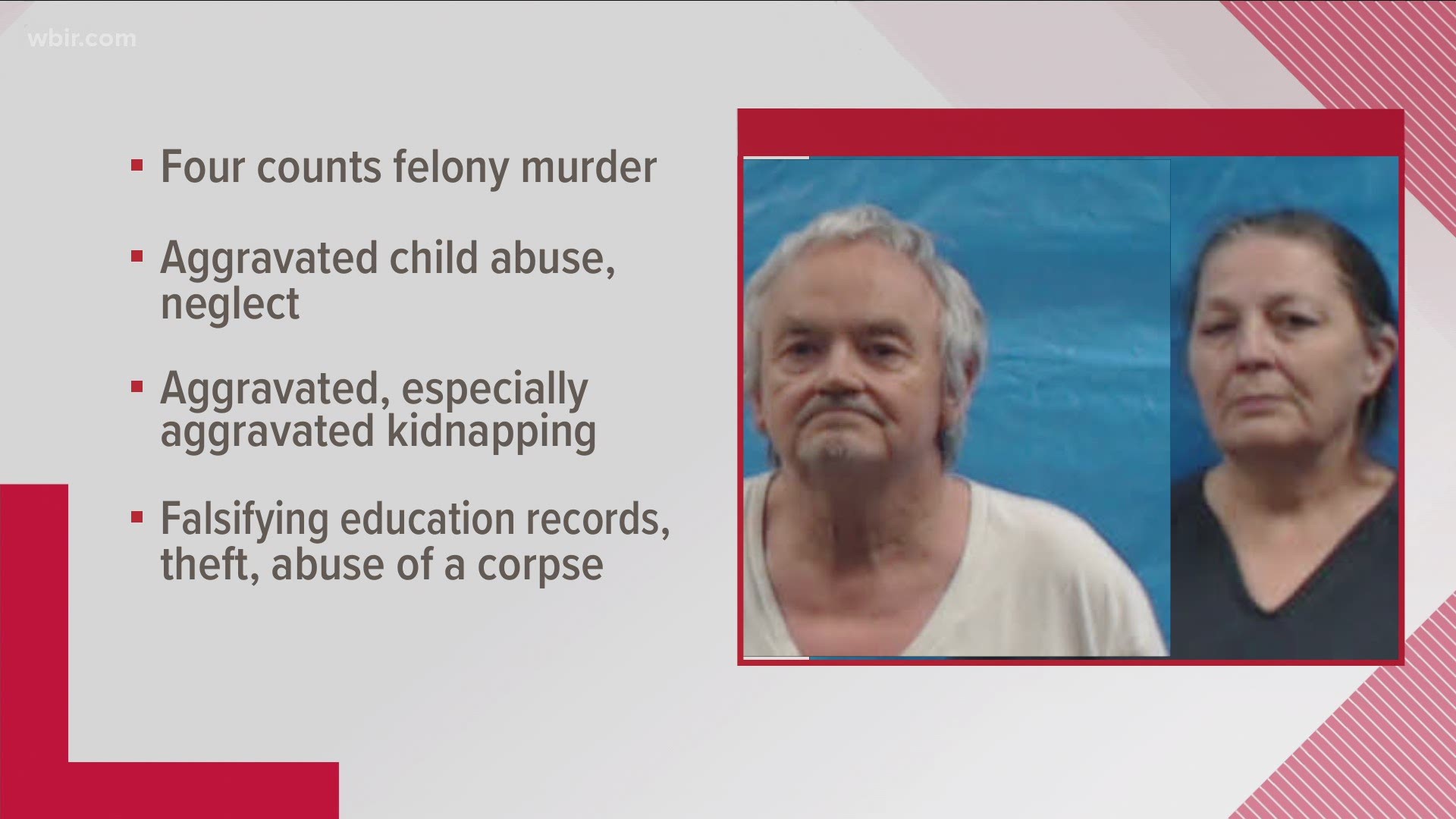 Michael Gray Sr., 63, and Shirley Gray, 60, are due next in court Dec. 18 in Roane County. They're accused of abusing several adoptive children over a period of years and murdering one child, a girl.

They're being held in lieu of bonds of $1.5 million each.

The case came to light in May after authorities were alerted about a wandering child near the Gray home in the Ten Mile community.

It led to the discovery of what appeared to be a child's remains on the Gray property and allegations that the Grays kept children locked in the basement and fed them a starvation diet while drawing thousands of dollars in state payments.

Shirley Gray and her husband Michael Gray have been held in jail since their arrest in May. 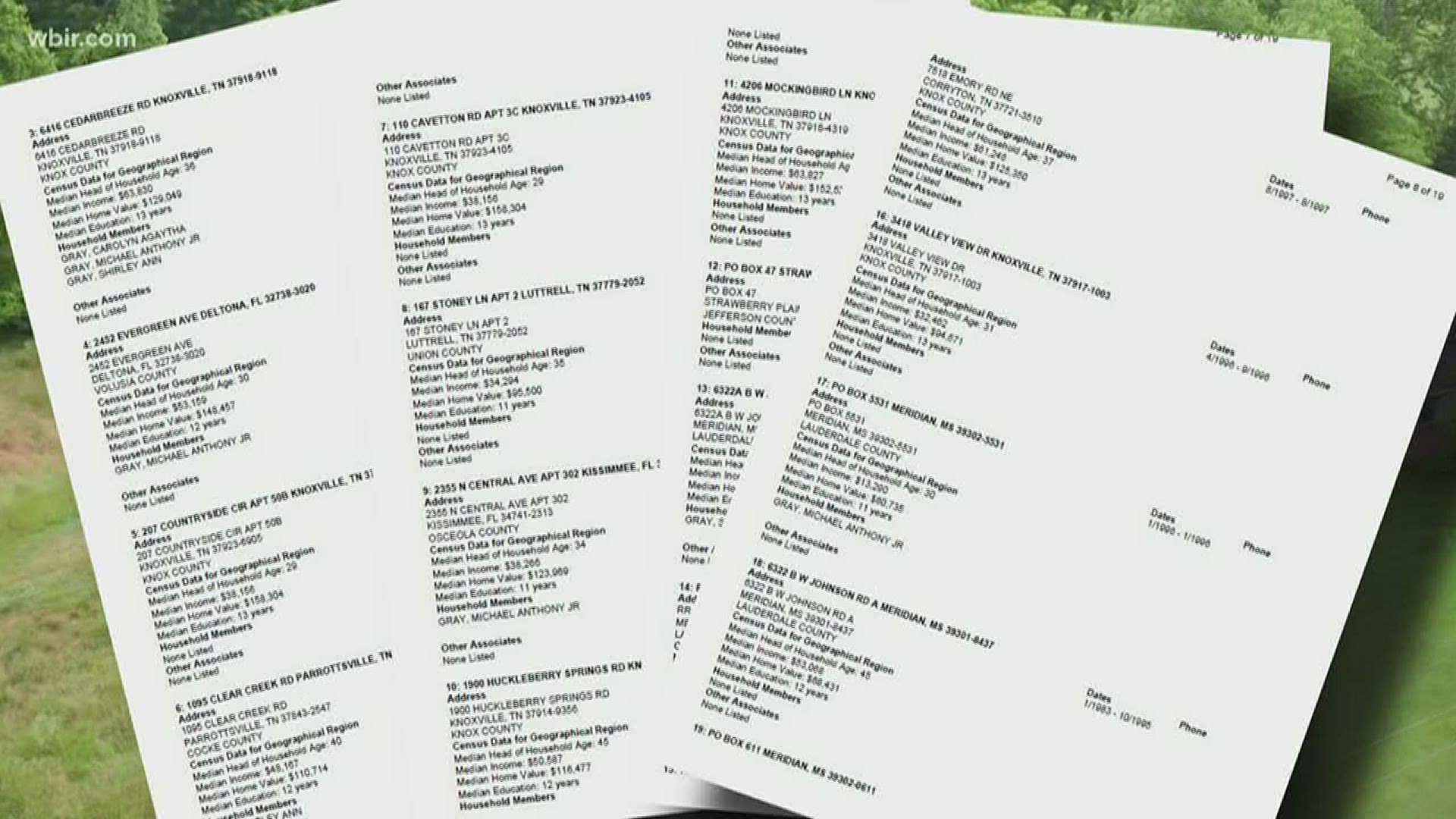 District Attorney General Russell Johnson is overseeing the case. The Roane County Sheriff's Office investigated along with the 9th Judicial District ICAC Unit in conjunction with the state Department of Children's Services.

The abuse is alleged to have happened over several years at the Grays' Dry Fork Valley Road home, records state.

The indictments state the Grays killed a 10-year-old girl living in their home some time between January and March 2017. They are also charged with abusing her corpse.

The documents don't name the child, whose remains were found in May 2020 buried on the Gray property.

According to the grand jury, the two also subjected the same child to abuse and harm from June 2016 until her death in 2017.

In addition, the couple is charged with abusing another unnamed child starting in June 2016 when the child was 6 years ago. That abuse was so bad it stunted the child's growth and led to "loss of physical function and severe psychological distress."

The grand jury also alleges the Grays engaged in similar child abuse of another unnamed child who was age 11 when it began. That child also was subjected to ongoing harm that continued through May 2020.

Michael and Shirley Gray also confined the children at times, resulting in the aggravated kidnapping counts, the grand jury alleges.

They are also accused of falsifying educational records for the children from June 2016 to May 2020 while stating that they were homeschooling them.

Lastly, the Grays face an indictment for the theft of $65,125 in state money. Authorities have said the two may have drawn payments for the adoptive children as a means to support themselves.

Roane County authorities said Tuesday night more forensic and anthropological analysis still must be done about the remains of the "apparent" child found at the Gray home in Roane County. Johnson's office must still evaluate that evidence.

State Senator Ken Yager, R-Kingston, told 10News in June it appeared the Grays made $3,000 per month through the Department of Children's Services Adoption Assistance program for adopting foster children.

Investigators said the couple locked two boys in their basement, forcing one into isolation for four years. Warrants alleged they fed their grade-school age children a starvation diet of "light bread and water."

Yager said then he had begun talking with DCS authorities about possible ways to reform the system.

After the case broke in May, Knox County authorities alerted by Roane County investigators went to the Grays' former home in the Halls area. Their son Michael Anthony Gray Jr. lived there after the family moved to Roane County in 2016.

During the course of their investigation, they found the remains that are thought to be those of another child, a boy, who was another of the Grays' adoptive children.

Charges have not been filed in that case in Knox County.

County investigators have spent hundreds of hours on the case since it broke, according to Johnson and Sheriff Jack Stockton.

They ended up working closely with the Knox County Sheriff's Office after it became clear there was a connection to the Halls home, authorities said.

"The cooperation between the two agencies has been tremendous," Mayes said in a release Tuesday.