The attack on two longtime officers was part of a premeditated plan that the inmates had formed over a period of days or weeks. 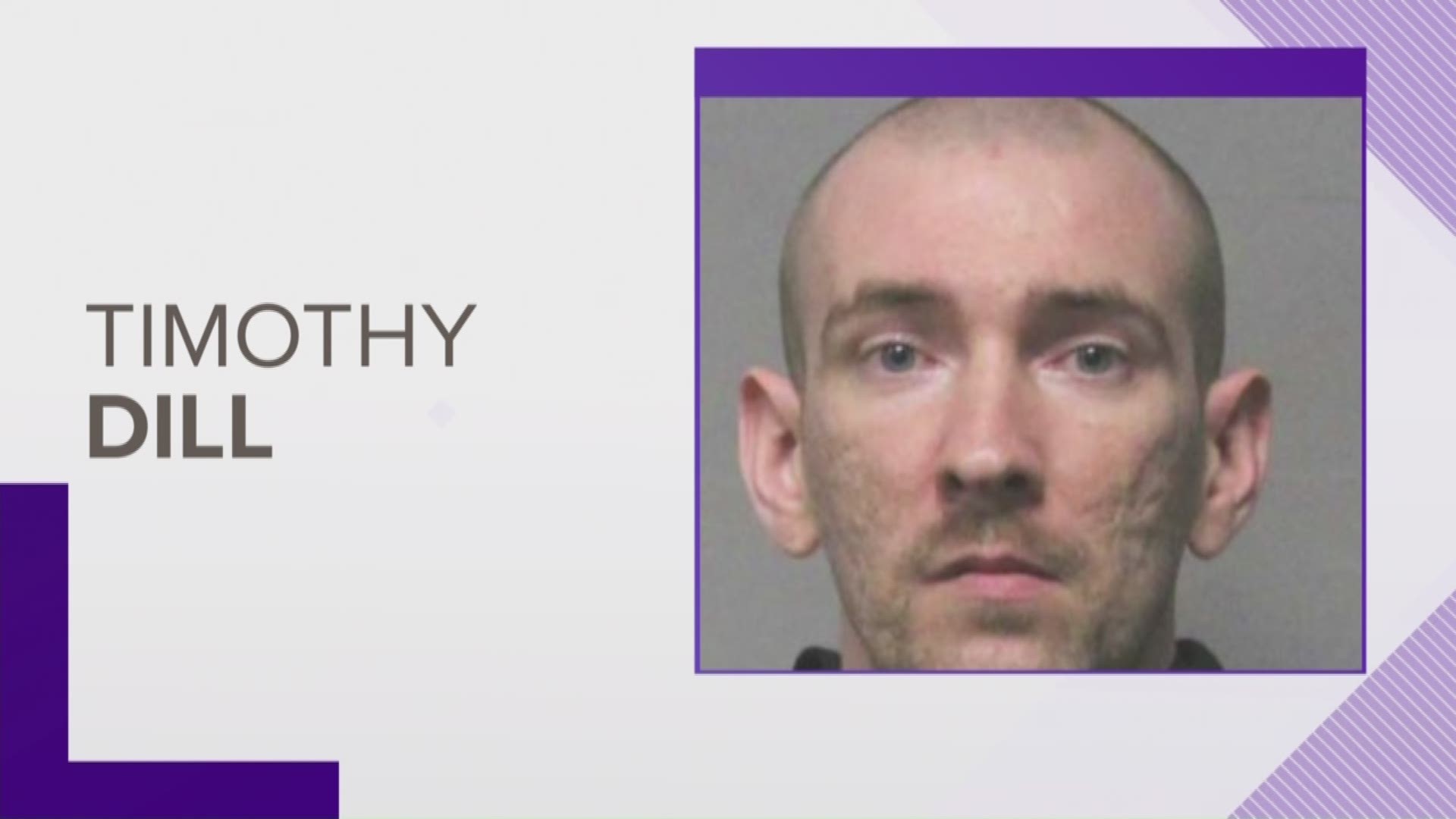 Pickens County, SC (The Anderson Independent Mail) - One Pickens County inmate is dead and another has been captured after they assaulted two detention center officers and orchestrated a predawn prison escape Tuesday, according to Sheriff Rick Clark.

Clark said the attack on two longtime officers was part of a premeditated plan that the inmates had formed over a period of days or weeks. He said the Pickens County Sheriff's Office is still investigating the possibility that a third inmate who did not escape was involved in overtaking the officers guarding the prison.

Clark identified the surviving inmate who was captured as Timothy Cleveland Dill, who is charged with criminal sexual conduct with a minor. The inmate who was killed was identified as Bruce Webb McLaughlin Jr., 30, according to a statement from Pickens County Coroner Kandy Kelley.

Twenty-nine minutes passed between the time the attack began on the detention center officers and when the last escaping inmate was found, according to a timeline provided at a news conference at the Sheriff's Office.

Dill and McLaughlin split up after their escape. Dill was spotted by a deputy on Concord Church Road, less than a half-mile from the prison, and was taken into custody without incident.

McLaughlin was shot by a homeowner on Meece Mill Road after he broke into her house through the back door, Clark said. He said the woman lived alone and had a concealed-weapons permit. Meece Mill Road is also less than a half-mile away from the prison.

McLaughlin was in jail on charges of first-degree burglary and grand larceny stemming from an alleged incident from September. His criminal record includes convictions on a weapon charge in 2006, an assault on a police officer while resisting arrest in 2007 and drug charges.

Clark said there is no indication that McLaughlin knew the woman whose home he broke into Tuesday. Investigators believe McLaughlin had armed himself with a footlong, metal knife-sharpening tool from the woman's property.

When McLaughlin broke into her back door, the woman shot him. He was taken by medical helicopter to Greenville Memorial Hospital, where he was pronounced dead of a gunshot wound to the head.

"This lady saved her own life because ... she got trained on how to use a gun to protect herself," Clark said.

No other inmates escaped.

Dill is facing additional charges connected to Tuesday's incident. He is charged with two counts of kidnapping, two counts of assault and battery, malicious damage to a jail, and strong armed robbery for taking an officer's keys and escaping.

One of the officers hurt during the inmates' escape is a woman with more than 16 years of experience at the prison, according to the Sheriff's Office. The other officer is a man who has worked there for more than nine years. The sheriff did not disclose the identities of the officers. He said their injuries are not life-threatening.

Clark would not identify the area of the prison where the attack took place, and would not disclose information about how many officers were working when it happened. He said he had "security reasons" for not releasing information related to the layout and staffing of the prison.

According to arrest warrants made public Tuesday, Dill and another inmate were able to "forcibly remove" a set of keys that the woman officer had with her, and they then locked her and the other injured officer in a secure part of the prison.

Clark said several of the inmates who did not escape tried immediately to help the injured officers.

"I think that lets you know that there is still some good in those inmates, and it speaks to the relationships that our officers had built with them," Clark said.

The prison was built in 1967 and has a capacity for 110 inmates. On the morning of the escape, the prison housed 76 inmates.

County officials had been working for years to try to deal with the increasing number of inmates in the county jail, which is separate from the prison. The U.S. Justice Department told county officials in 2014 that overcrowding at the jail had raised the stress levels of both the inmates and staff to the point where, it's “an event waiting to happen.”

An inmate sued the county after an April 2016 incident that sent two inmates to the hospital and resulted in assault charges against eight others. The suit was eventually dismissed. But when four new members of the County Council were elected shortly thereafter, the new jail project was moved up on the priority list.

A new jail is expected to be finished by sometime next year. Its price tag stood at just over $25 million in October, with a budget of up to $29 million to complete the jail. Its expected capacity is about 360 inmates.

Clark said Tuesday that the new jail will house inmates both from the county detention center and from the nearby prison.

"The new jail will be a lot better for security than what we have now," he said.

He said the county's new jail is expected to be finished next April or May.