No one was injured in the incident. 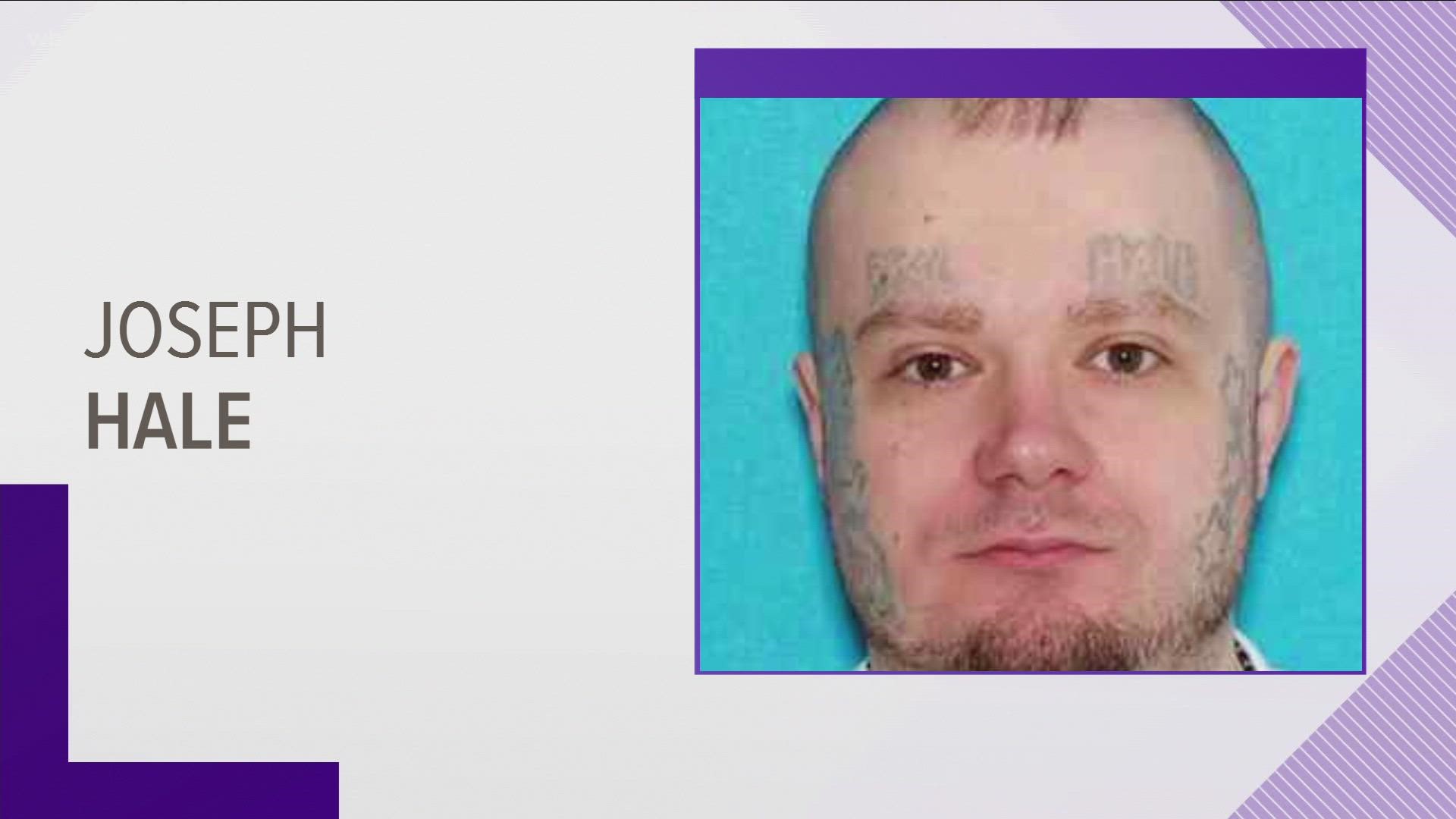 A Greeneville man now being held without bail fired three gunshots at a police officer who was trying to arrest him.

According to a police report, an officer was in pursuit of Hale, who was wanted on multiple felony warrants and was driving a stolen car.

The pursuit stopped on North Hill Street when Hale bailed out of the car and fired three shots at the officer from a 9mm handgun, according to the report, as he fled from the area.

Multiple officers from several agencies helped set up a perimeter and search for Hale, who was taken into custody at around 5:45 p.m.

He will face multiple charges including aggravated assault and weapon law violations, according to the report.

"The words to describe the appreciation and amazement that the Chief and I have for the way that so many different agencies meshed together is just impossible. Completely amazing! One of our federal partners said 'I have never seen this level of cooperation before,'" said Assistant Chief Michael Crum in a press release.

UPDATE 6:15 PM THURSDAY: Joseph Hale is in custody, according to Greeneville police.

No further details were available, although police said no injuries occurred.

PREVIOUS STORY: The Greeneville Police Department said it is actively searching for a suspect that has shot at officers.

The suspect has been identified as Joseph Hale. Officials said he is a White man with tattoos on his face. He was last seen wearing a white t-shirt and shorts.

The suspect is considered to be armed and dangerous, according to police.

Officials said that warrants were on file for Hale for theft over $25,000, theft over $1,000, possession of a firearm by a felon, aggravated assault and failure to appear in criminal court.

Police encourage people in the area to not approach the suspect and to call 911.