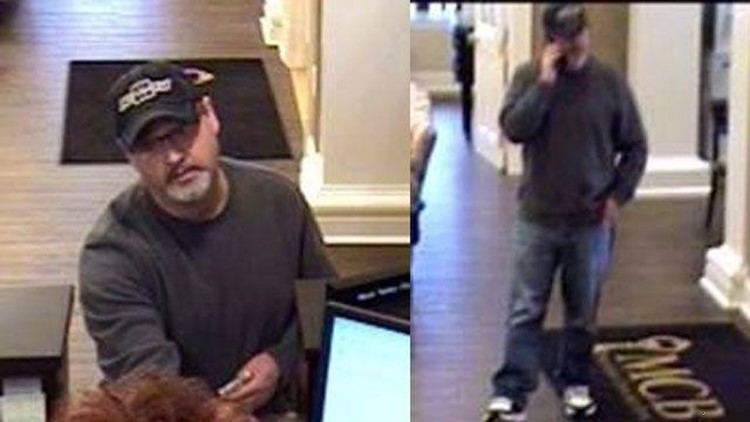 Photo by: FBI
The "Traveling Bandit" has hit at least seven banks in six states since starting his spree in Aventura, FL, on December 28th.

A serial bank robber who was nicknamed the Traveling Bandit was sentenced to more than 15 years in prison this week.

Jason Lee Robinson, 40, of Pikesville, Kentucky, was convicted of a string of bank robberies in Florida, North Carolina, Tennessee, Alabama, Illinois, and Utah in 2018 and early 2019.

The robberies in Tennessee were at the Mountain Commerce Bank in Johnson City on Jan. 4, where he got away with approximately $4,300. Four days later, investigators said he robbed the U.S. Bank in Mount Juliet of approximately $3,990.

Robinson was arrested in Colorado on Jan. 24.