Makenzie nearly died in January after suspected child abuse. Madisonville Police are investigating, but so far no arrests have been made. 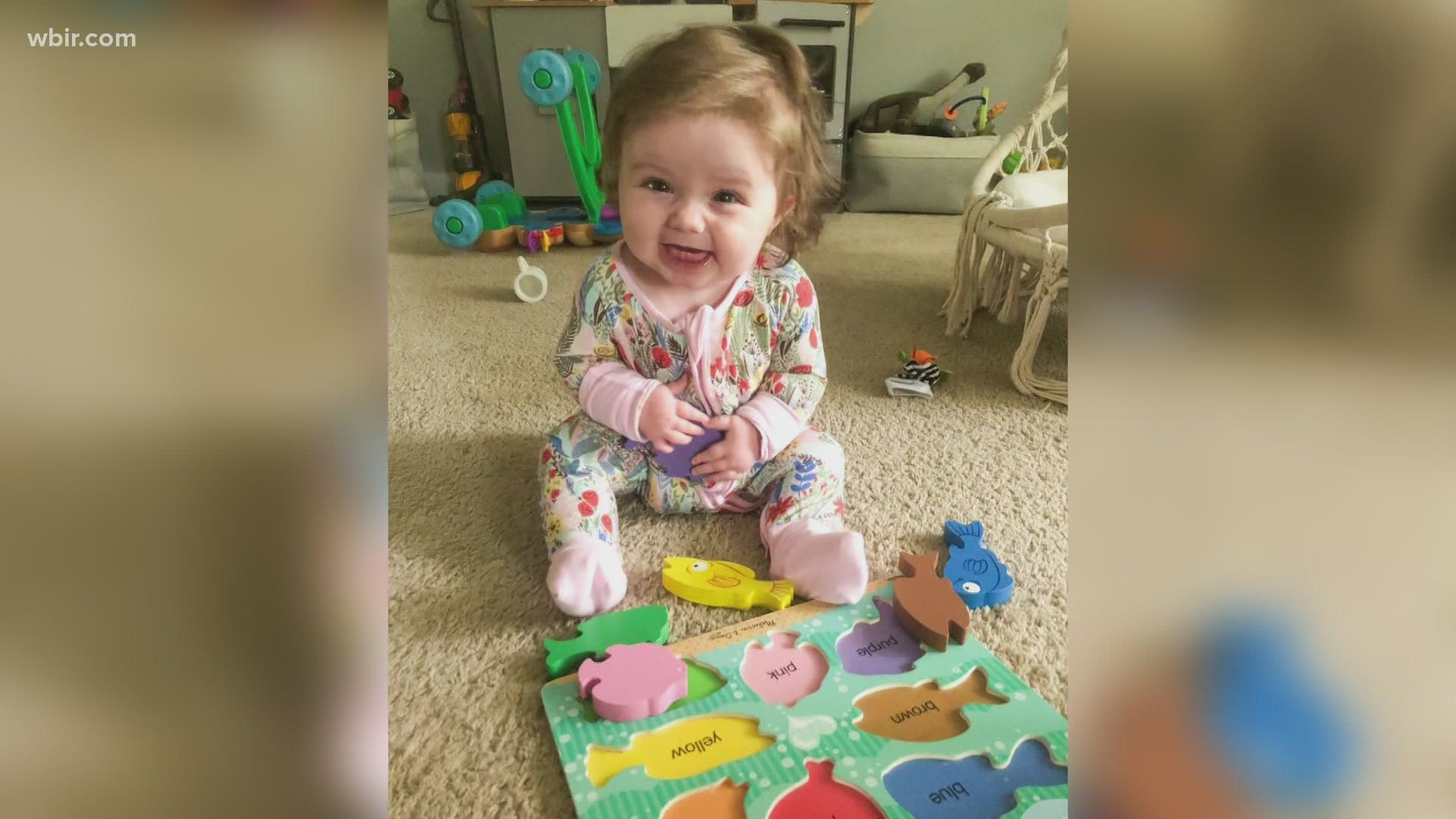 MADISONVILLE, Tenn. — Content Warning: This story contains elements that may be considered disturbing for some audiences.

Jessica Atkinson was enamored with baby Makenzie from the moment they first met.

"You know how sometimes you just meet somebody, and you know that you're just going to love them? That's exactly how I felt about Mackenzie," Atkinson said. "She was just really beautiful and sweet."

But in late January, Atkinson received a call that turned her world upside down. First responders had taken her niece to East Tennessee Children's Hospital after a case of suspected child abuse.

An incident report from the Madisonville Police Department said the injuries were "believed to be intentional and not accidental." Her aunt, Jessica Atkinson, said she was beaten within inches of her life.

"To sit there and hold her and not know if this baby was going to live or die, I mean, it was the worst thing that's ever happened," Atkinson said. "I just fell to pieces. Her little brain was so swollen. Her head was so big."

Six months later, Makenzie's extended family is still learning how extensive her injuries are. They said they still do not know if she will be able to walk, or if her speech will be impacted. They also said they didn't know if any learning disabilities could develop due to the abuse.

The Madisonville Police Department said this "matter is currently an open and ongoing investigation" with its detective division. The Tennessee Department of Children's Service is also investigating, according to MPD.

However, no one has been charged for Makenzie's injuries.

"There's a system designed to protect children," Makenzie's uncle Kyle Carney said. "While those systems are in place, that does not mean that they're perfect."

Jessica Atkinson and Kyle Carney said they're committed to fighting for justice until someone is held accountable.

"We need the community to take interest in this baby to make sure that she doesn't fall through the cracks," Atkinson said. "We're here for her. We're going to do whatever we can to make her life the best it can be. And then, we'll spend the rest of her life trying to make up for what happened to her."