The Cocke County 14-year-old admitted he had a kill list of people with whom he was angry, according to authorities. 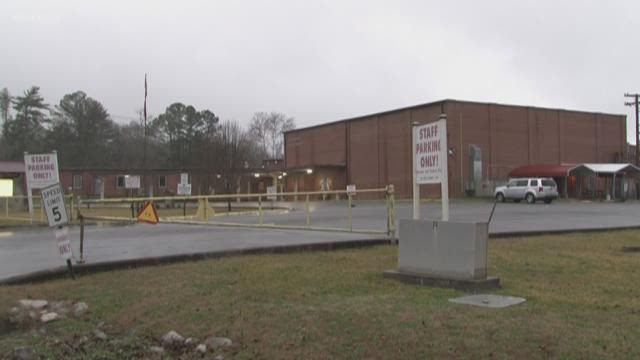 A Cocke County 14-year-old faces charges of disorderly conduct and harassment after authorities say he was found with a "kill list" of fellow students with whom he was angry, according to the Cocke County sheriff.

The unnamed boy appeared in Cocke County General Sessions Court on Friday. He's been ordered to stay away from all Cocke County Board of Education property, according to Sheriff Armando Fontes.

He'll be home-schooled and is on house arrest, Fontes said in a statement Friday.

No one was injured. The sheriff, however, warned that threats should always be taken seriously as occurred in this instance.

"Parents, please teach your children to take all threats seriously and to report them to a faculty member immediately. Parents, please express to your children the importance of treating others with respect and to not partake in any type of bullying even if it is a joke. It is vital that all gun owners keep their weapons secured in a strong locked container not accessible to their children. This situation had all of the elements which could have resulted in a school shooting."

A parent contacted a school security officer deputy about a boy having a kill list and "planning to shoot specific students" at Edgemont Elementary. The 14-year-old is an 8th-grader at Edgemont.

Two Cocke County officers spoke to the boy. When asked about a list, he went into his home and got it, according to Fontes.

Authorities including Fontes spoke with the boy's parents. They confirmed there was a .40-caliber pistol in the mother's bedroom that the child could get to. The parents were told to secure some knives inside the house.

The boy told authorities he'd been bullied and that the harassment began last year.

"The child stated he was angry, and had no intention of killing anyone, but he wanted to scare them," according to Fontes.

On Friday, members of the Sheriff's Office spoke with students and school personnel who confirmed "there were in fact issues of bullying pertaining to the suspect, but neither the suspect nor any other student reported the bullying to the principal or school staff."

According to the sheriff, the child was unhappy, had a reason to shoot people and could get a gun.

He indeed threatened to kill or shoot students. He didn't hurt anyone, but he did "intentionally create legitimate fear," according to Fontes.

The sheriff praised the cooperation of the school principal, staff and parents in the investigation.

"Principal Nathan Chambers is continuing to address several students that were determined to have any involvement in any form of bullying involving any student. I want to express my gratitude to the student who reported the matter to her mother after concern was raised," Fontes wrote.