Sheriff: KCSO chief being investigated by the FBI has now retired from the department

Sheriff Tom Spangler said David Henderson's job status had not changed. He said the matter predates his time as sheriff. 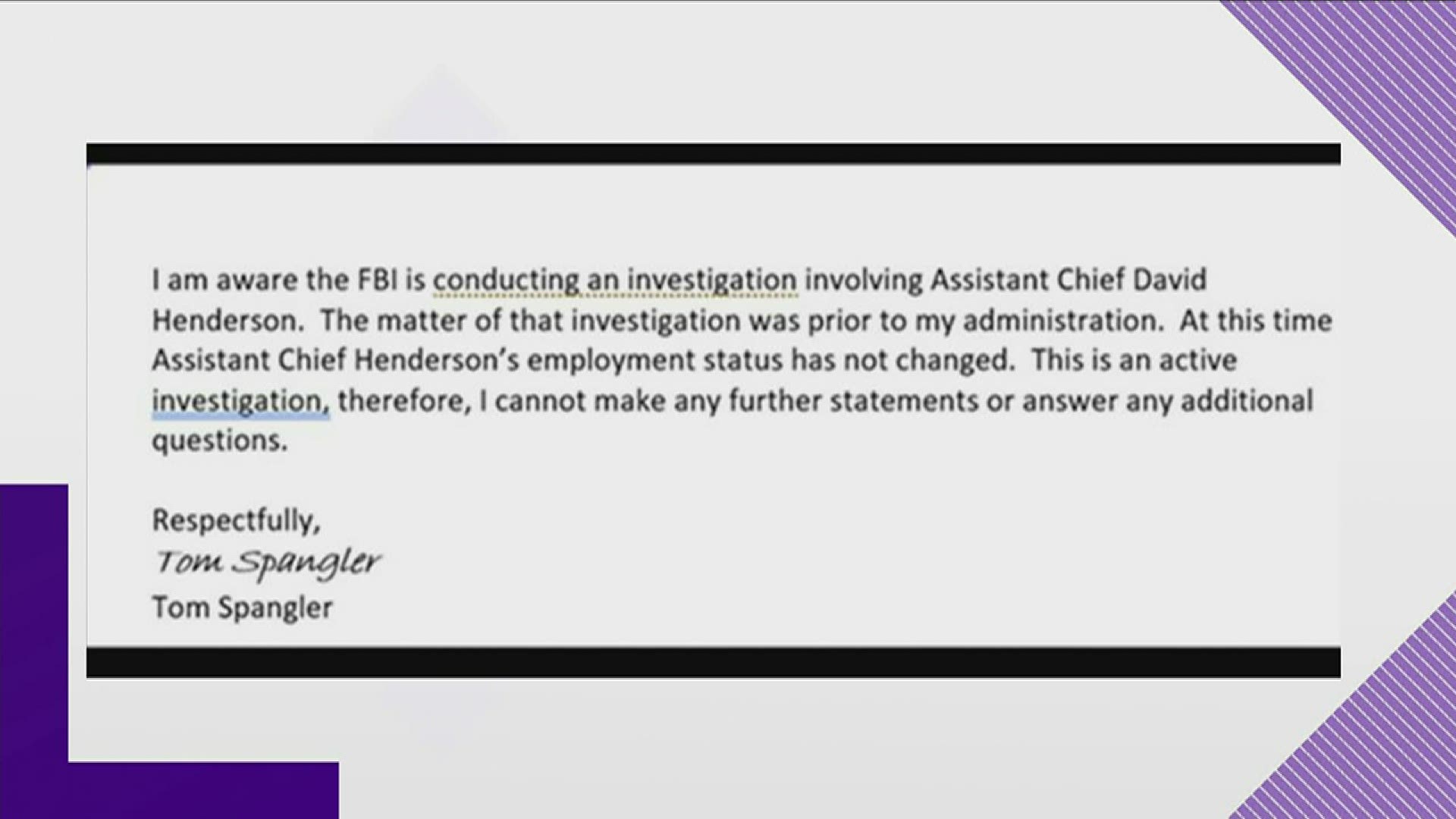 KNOXVILLE, Tenn. — A veteran Knox County Sheriff's Office supervisor being investigated by the Federal Bureau of Investigation has now retired from the department.

Knox County Sheriff Tom Spangler confirmed in a letter to WBIR that the FBI is investigating KCSO Assistant Chief David Henderson, whose work has included supervision of the Narcotics Division.

"I am aware the FBI is conducting an investigation involving Assistant Chief David Henderson.  The matter of that investigation was prior to my administration," Spangler's letter states.

On Friday, the sheriff's office said that Henderson's request for retirement was placed on April 10 and it was finalized this afternoon.

Henderson began working for the Sheriff’s Office in 1994 in corrections, his personnel file shows.

He was promoted through the ranks from patrol, working mostly in narcotics.

He’s been congratulated in the past for helping in two homicide investigations - from 1996 and 2006.

In past evaluations he’s gotten high marks for his positive attitude and ability to get along with others.

The sheriff said Henderson's employment status "has not changed."

"This is an active investigation, therefore, I cannot make any further statements or answer any additional questions," the sheriff's letter states.

FBI spokesman Darrell DeBusk and a spokeswoman for the U.S. Attorney’s Office in Knoxville said Friday they can neither confirm nor deny the existence of any investigation as a matter of policy.

More details as they develop.

RELATED: Man killed passenger in 2016 drunk driving crash then tried to blame her for the wreck, DA's Office says