Sheriff: Woman killed by husband in dental office shooting was in process of divorce

The woman, who worked at the dental office in Kingsport, was fatally shot by her husband, according to investigators. 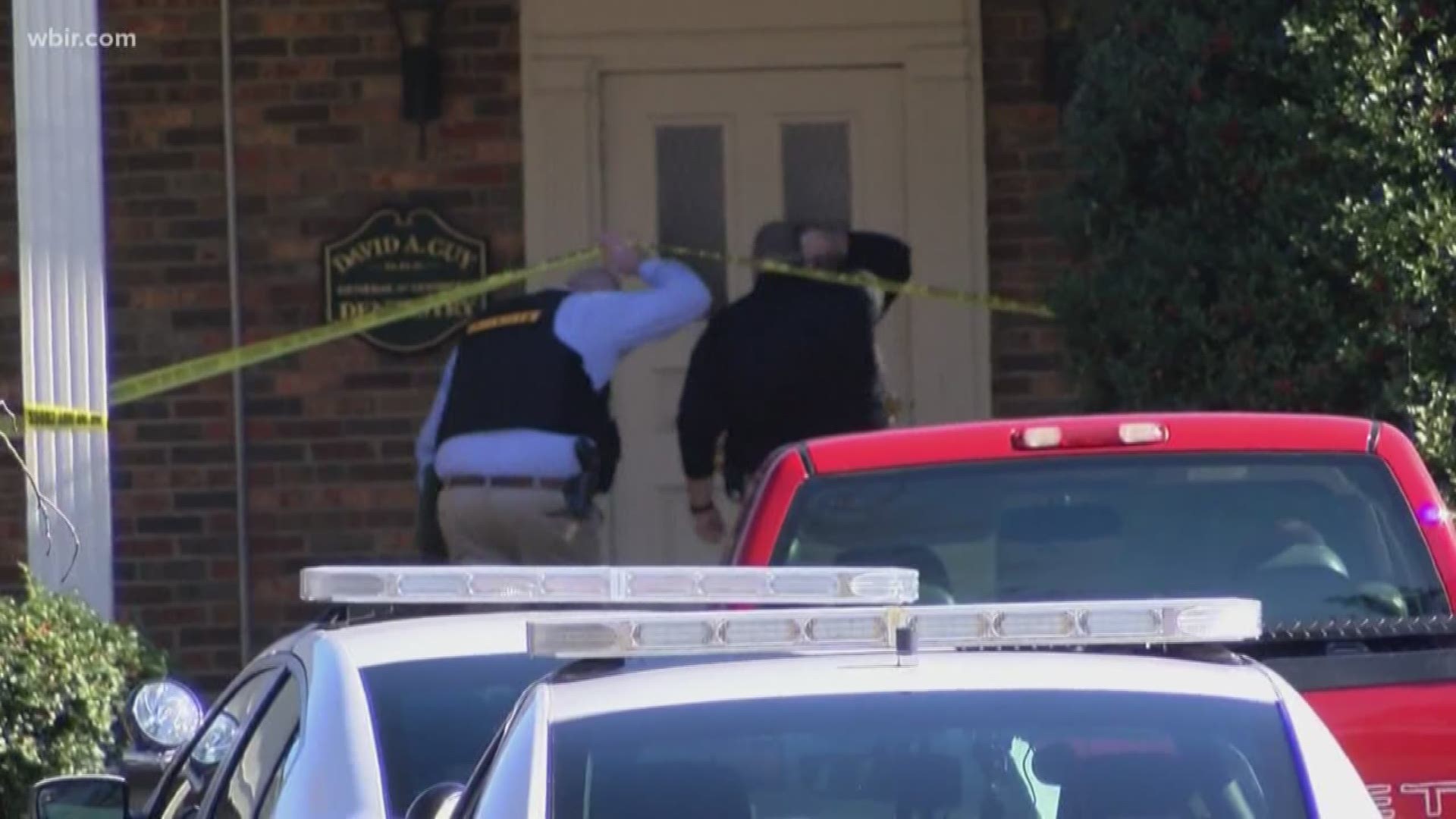 Sullivan County investigators have released the name of the suspect and victim accused in a deadly, domestic violence shooting at a Kingsport dental office Wednesday.

The case narrative said that Harry Weaver, 63, of Blountville, entered the offices of David Guy, DDS, on 150 Clinic Drive through a back door and shot his wife Kelly Weaver, 52, of Kingsport. The report states Kelly Weaver was in the process of divorcing her husband, according to WCYB.

Weaver is charged with one count of first-degree murder and three counts of aggravated assault. He is currently hospitalized following surgery for his gunshot wounds, the sheriff said.

"It was a husband and wife. He just came in the front door with the intention of harming his wife," Sullivan Co. Sheriff Jeff Cassidy told WCYB.

Seagroves, who was in the office at the time of the shooting, is being called a hero for shooting Weaver.

Cassidy said he probably stopped the suspect from hurting anyone else.

The sheriff said that he's a conceal-carry permit holder and "eliminated a threat" by shooting the suspect.

"I want to thank him from the Sullivan County Sheriff’s Office, I want to call him a hero today," said Sheriff Cassidy.

The Tennessee Bureau of Investigation is assisting Sullivan County with the case.