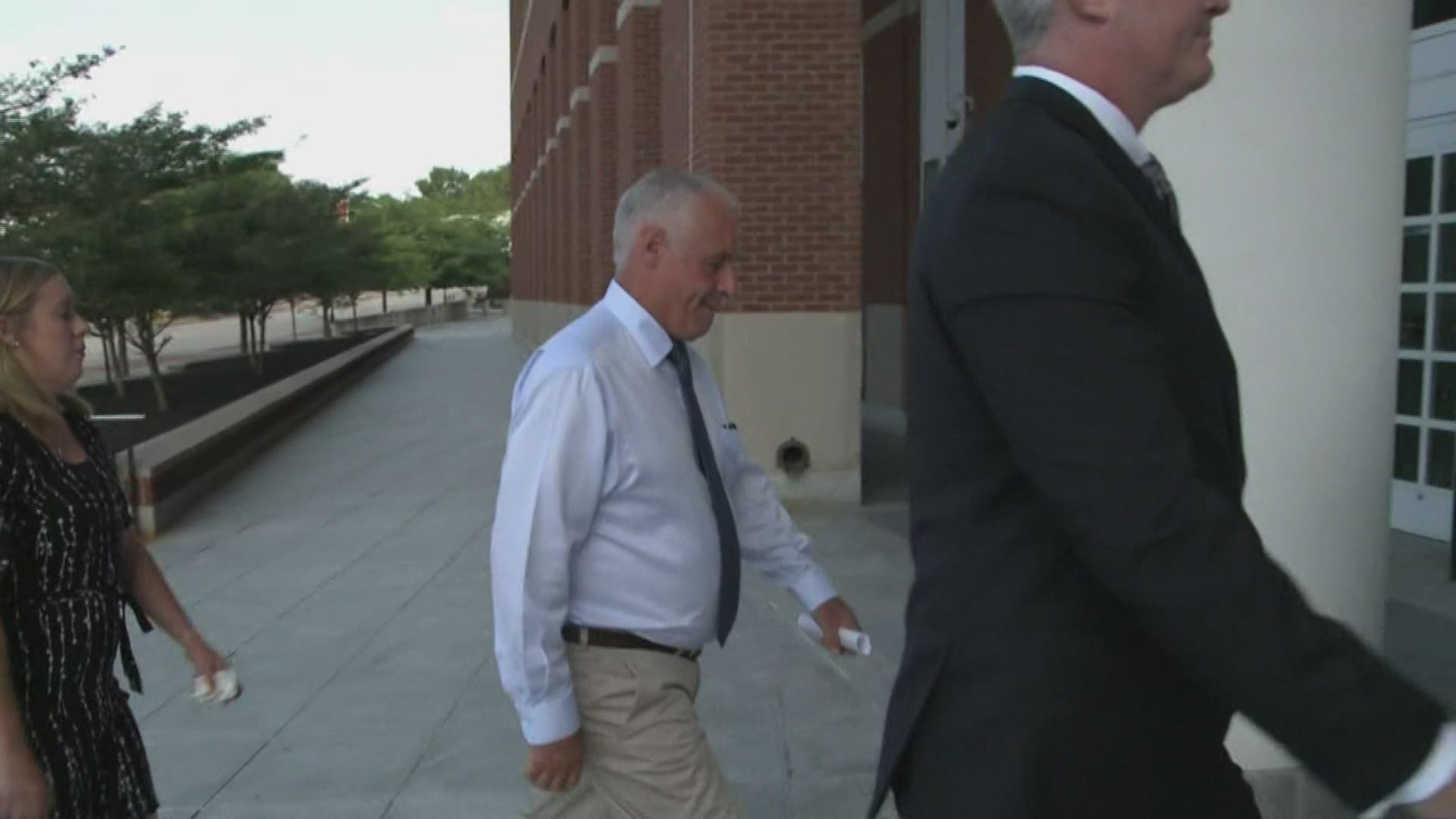 GREENEVILLE, Tenn. — Updated Story (7/31/19): The owner of a Bean Station slaughterhouse who admitted paying illegal immigrants in cash for years to avoid federal payroll obligations was sentenced Wednesday to 18 months in federal prison.

Brantley asked U.S. District Court Judge Ronnie Greer on Wednesday morning for probation. The judge, however, said he couldn't agree to that because of the seriousness of his crimes.

"Mr. Brantley, I cannot impose a probation sentence in this case," Greer said.

After serving his time in the penitentiary, Brantley faces three years of supervised release.

He will be able to self-report for his prison sentence. Brantley is asking to be assigned to a minimum security work camp at Maxwell Air Force Base in Alabama.

The 62-year-old remains free for now.

He had already paid restitution to the U.S. government totaling $1,423,588 for years in which he failed to pay employment and workers compensation taxes for his employees.

Neither Brantley nor his defense attorney Norman McKellar wanted to comment to 10News after sentencing. About 15 friends and family members attended Wednesday's two-hour sentencing.

Brantley still faces action by the U.S. Department of Labor about overtime wages it says he failed to pay some employees.

Greer wished Brantley luck and noted he has the option of appealing the sentence.

"There's no question, Mr. Brantley, in my mind that you have worked hard all your life," Greer said.

The judge also praised Brantley for helping the government by providing background information on the case and by providing information that helped in the prosecution of two employees who recruited and hired undocumented workers to work at the slaughterhouse.

The plant closed for several months but reopened Monday, according to state Sen. Steve Southerland of Morristown.

McKeller said Brantley no longer owns the plant; it's now in his wife Pam's name.

In seeking mercy for his client, McKellar argued that once Brantley hired illegal employees, he had no way to pay their federal taxes because they were in fact illegal.

The judge noted the novel argument while also saying Brantley chose to break the law by hiring non-residents.

McKellar also said Brantley needs to stay close at hand to care for his wife, who has diabetes. The judge was unswayed.

When pressed by the judge, Brantley said about 75 percent of his 100 or so employees were illegal residents on the day federal authorities raided it in April 2018.

Greer said 10 illegal residents were arrested after the 2018 raid. All of them ended up serving time behind bars, he said.

Sentencing had been delayed because he's been cooperating with the government in other unidentified cases, records show.

Brantley, who is free on bond, is set to appear Wednesday before U.S. District Court Judge Ronnie Greer.

RELATED: Another delay: Feds seek to put off sentencing for slaughterhouse operator

In April 2018, federal authorities raided Brantley's Southeastern Provision slaughterhouse. They detained dozens of illegal immigrants who worked at the plant. Some ended up being prosecuted and deported.

For example, when filing IRS tax forms for the fourth quarter of 2017, Brantley only claimed to have 44 wage-earning employee. He actually had many more.

The government alleges Brantley started in 1988 hiring "unauthorized aliens" and continued that practice until the 2018 raid.

Brantley and his company also face federal action from the U.S. Department of Labor.

In April, the department filed suit seeking back pay for lost wages not paid to more than 150 employees who worked at the meatpacking plant. It alleges Brantley and Southeastern Provision failed to pay employees the lawful hourly minimum wage or overtime for working more than 40 hours a week.

In June, two brothers who worked for Brantley received three-year probation terms in a plea deal with the government. Carl and Jason Kinser submitted plea agreements in February to a misdemeanor count of employing unauthorized aliens, documents show.

Carl Kinser had worked at the plant 25 years, the documents state, and had been a mid-level manager for the last four to five, during which time he had "knowingly hired unauthorized aliens," records state. He knew that at least 20 people he hired between 2013 and April 2018 at Southeastern Provision were undocumented.

Jason Kinser pleaded guilty to one count of intentionally engaging in a pattern or practice of hiring for employment unauthorized aliens, records show.

Jason Kinser had worked at the plant 18 years and was the "Kill Room supervisor" when it was raided in April. He told federal agents after the raid that the plant owner had instructed him to hire undocumented workers to keep up with growing production demands at the slaughterhouse.

The state has previously fined Brantley and the plant for environmental and workplace violations.