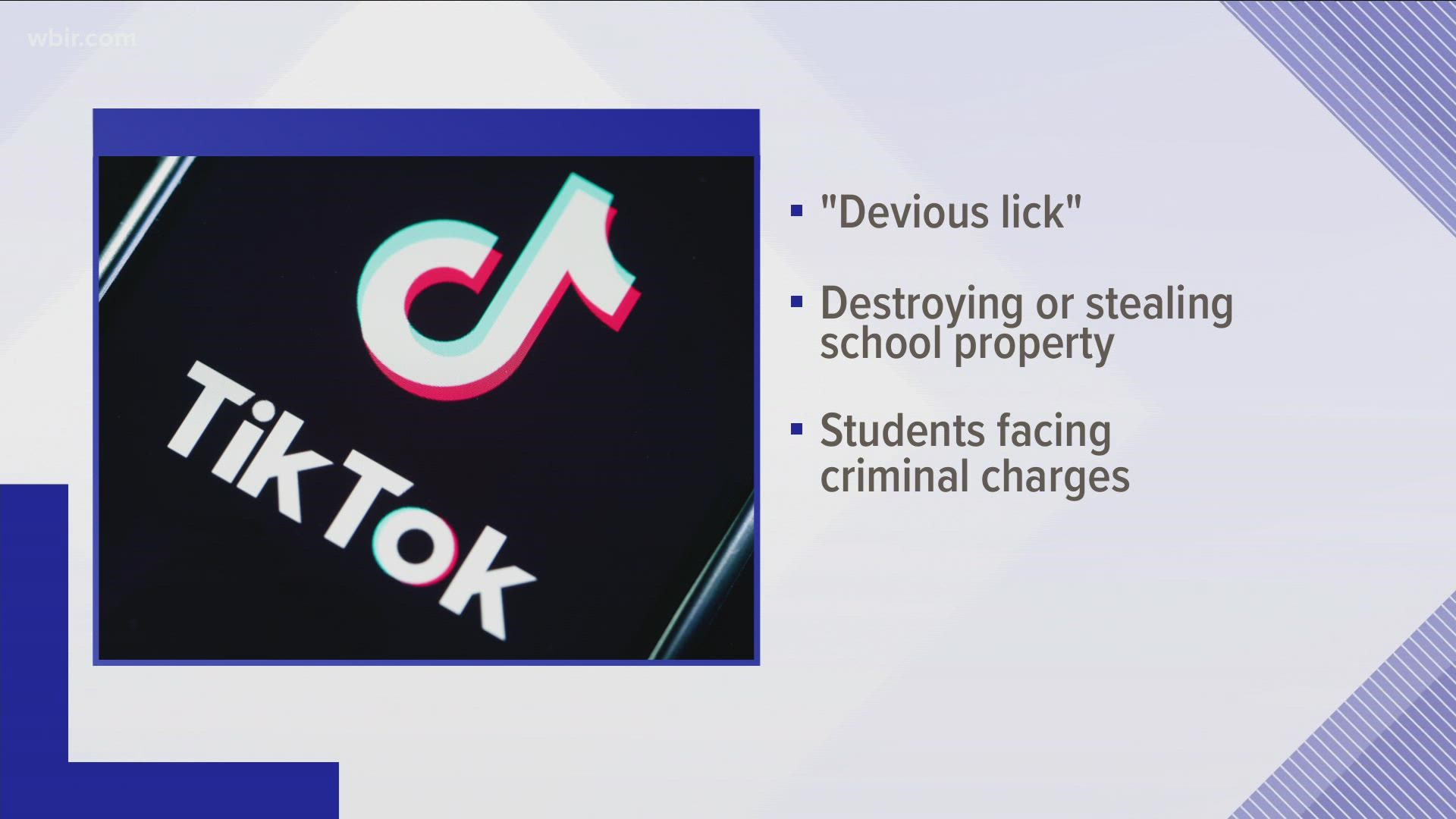 KNOXVILLE, Tenn. — Schools across Tennessee, and across the U.S., have almost always had to manage incidents of petty vandalism. A new social media trend has caused even more incidents of it, and some Middle Tennessee students are now facing criminal charges.

The trend involves people filming themselves stealing or destroying school property. In Williamson County, some high school students are facing criminal charges after authorities said bathroom soap dispensers were ripped off walls, toilets were clogged with paper towels, urinals were broken and ceiling tiles were removed as part of the social media trend, according to reports.

Knox County Schools also said that they have seen some incidents of vandalism related to the trend in middle and high school. They said administrators are working to address the issue and students involved will face disciplinary action.

Officials in Knox County also said that they were not aware of any concerns from elementary schools in the district.

According to reports, the trend is called "devious licks." It gained popularity on TikTok over the past few weeks, and content described as devious licks has often been removed from the platform.

They mostly show students revealing items stolen from school, dramatically revealing them in their backpacks or showing the items in their home. The content is usually filmed with a sample from a rap song in the background.