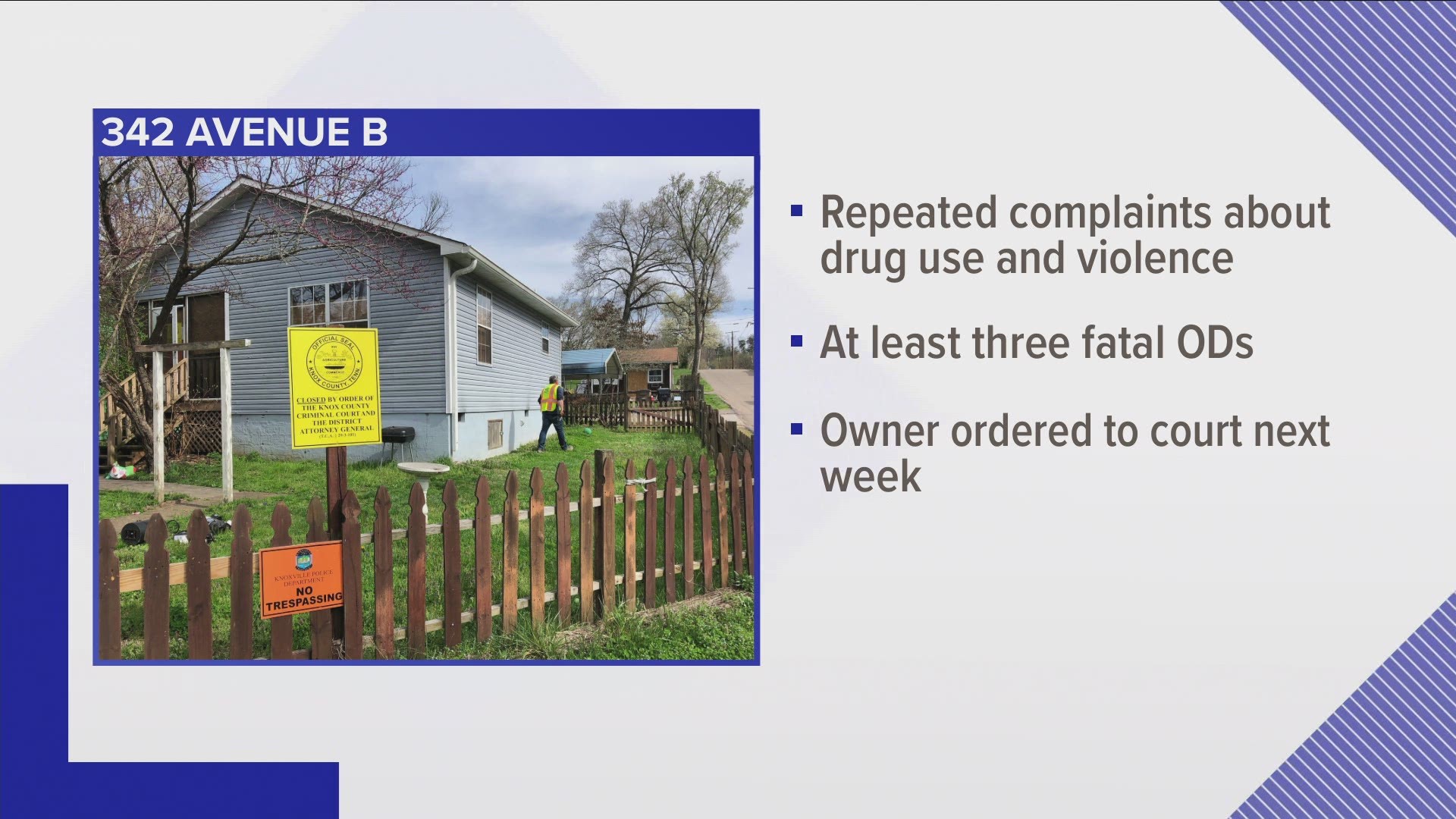 KNOXVILLE, Tenn. — A South Knoxville house that's been the scene in recent years of numerous drug overdoses -- some fatal -- and shootings has now been shuttered by a judge and declared a nuisance.

The home at 342 Avenue B is owned by Rebecca G. Davies, also known as Rebecca G. Hill, records show. Since 2018, Knoxville police been called repeatedly to the home on complaints about drug use and violence inside, court records state.

He signed it March 19 and ordered the owner to court March 29 to explain why it shouldn't be permanently closed.

Police and prosecutors can seek to close down homes and businesses if circumstances become so bad that the public's safety is threatened. 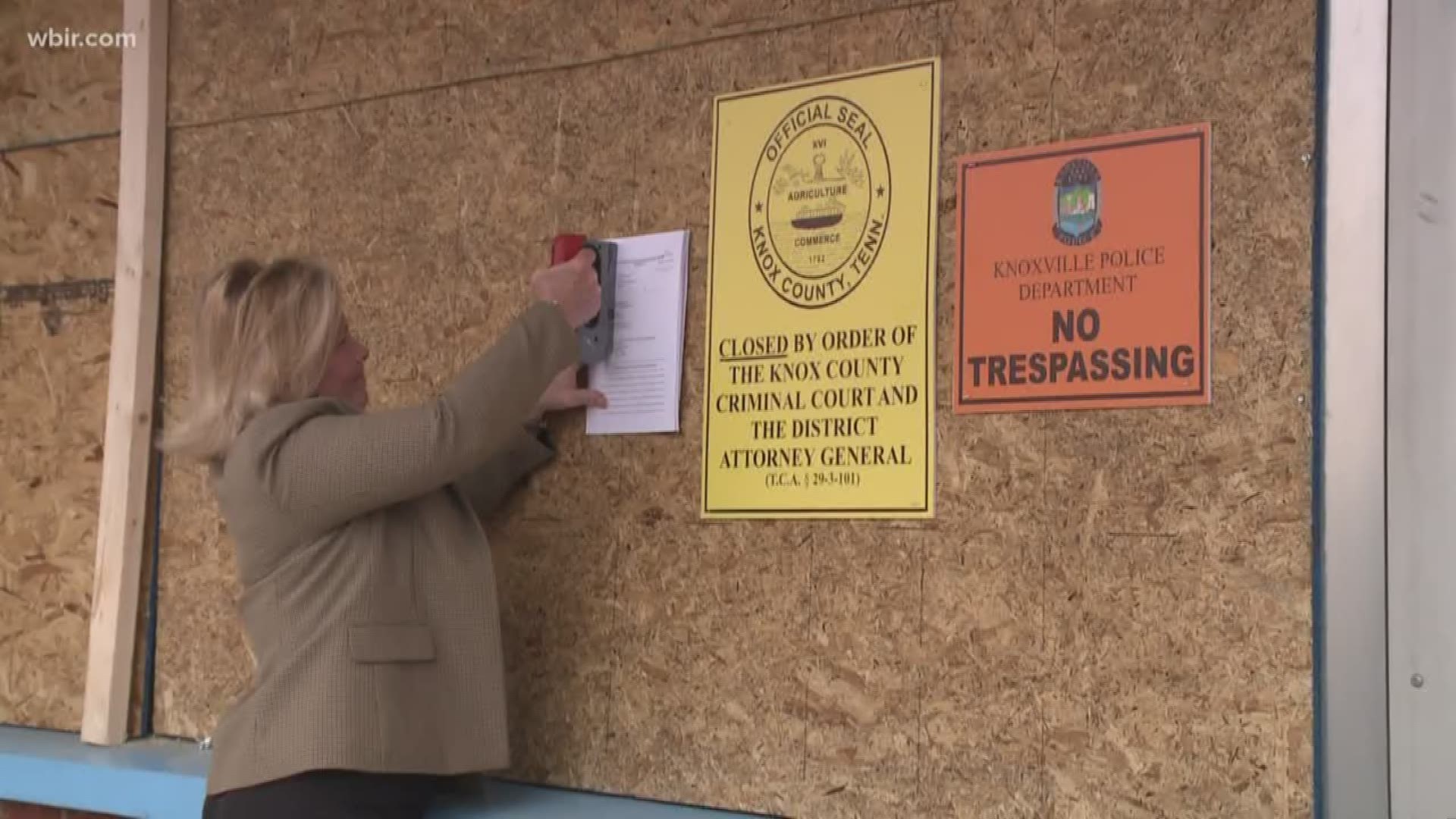 Sometimes when people overdosed there, they could be brought back by Narcan, records state. Other times it was too late to save them.

The listed owner was reported to have been shot in the home Jan. 19 of this year.