State authorities warn of the dangers of fentanyl in East Tennessee

Authorities are stressing that if you're offered a drug and don't know where it came from, it could be laced with fentanyl. 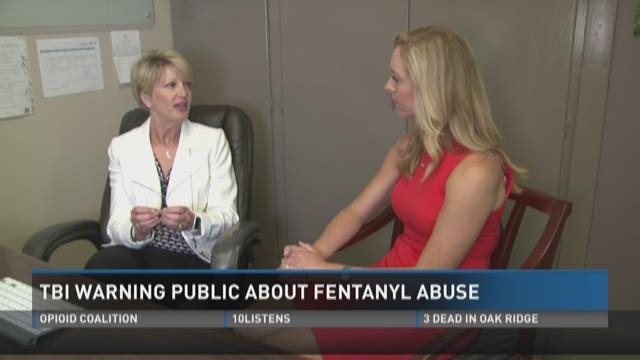 Leaders from several Tennessee state agencies discussed Thursday morning the dangers of fentanyl, carfentanil and other fentanyl derivatives in the state and the damage these powerful drugs can cause.

Fentanyl and fentanyl derivatives are powerful synthetic opioid drugs often imported and used by criminals to create counterfeit pills or to mix with other illegal drugs such as heroin and marijuana.

In Thursday's news conference, authorities said over the past few weeks, they've seen 10 submissions of carfentinel, which is the equivalent of an elephant tranquilizer.

Several of those drugs were found in parts of East Tennessee. In Knox County, the rate of suspected opioid overdoses is only increasing.

So far this year, officials said there have been 143 suspected opioid drug overdose deaths. They are on track for reaching 300 by the end of this year, which is up from 222 reported in 2016.

Karen Pershing, the Executive Director of the Metro Drug Coalition said they started seeing an increase of fentanyl in Knox County at the beginning of 2017.

"We all kind of knew something was happening here in Knoxville was a little more unusual that what we had been seeing and so we really feel like this fentanyl has probably been here a little bit longer than we realized," she said.

She was shocked to hear some of the statistics presented during Thursday's news conference.

"Well, just because we’ve worked so hard really in the last several years to try and decrease prescription drug abuse in our community and so it’s exhausting and frustrating from my standpoint to see certain indicators actually improving but overdose deaths continuing to rise," Pershing added.

She said the big takeaway is for people to stay away from drugs they cannot identify and to seek help for treatment as soon as possible.

"No one right now needs to take a pill that they don’t know where it came from and I think that’s the take home message from this," Pershing said.