West died by electrocution more than 30 years after the murder of 51-year-old Wanda Romines and her 15-year-old daughter Shelia in their Union County home. 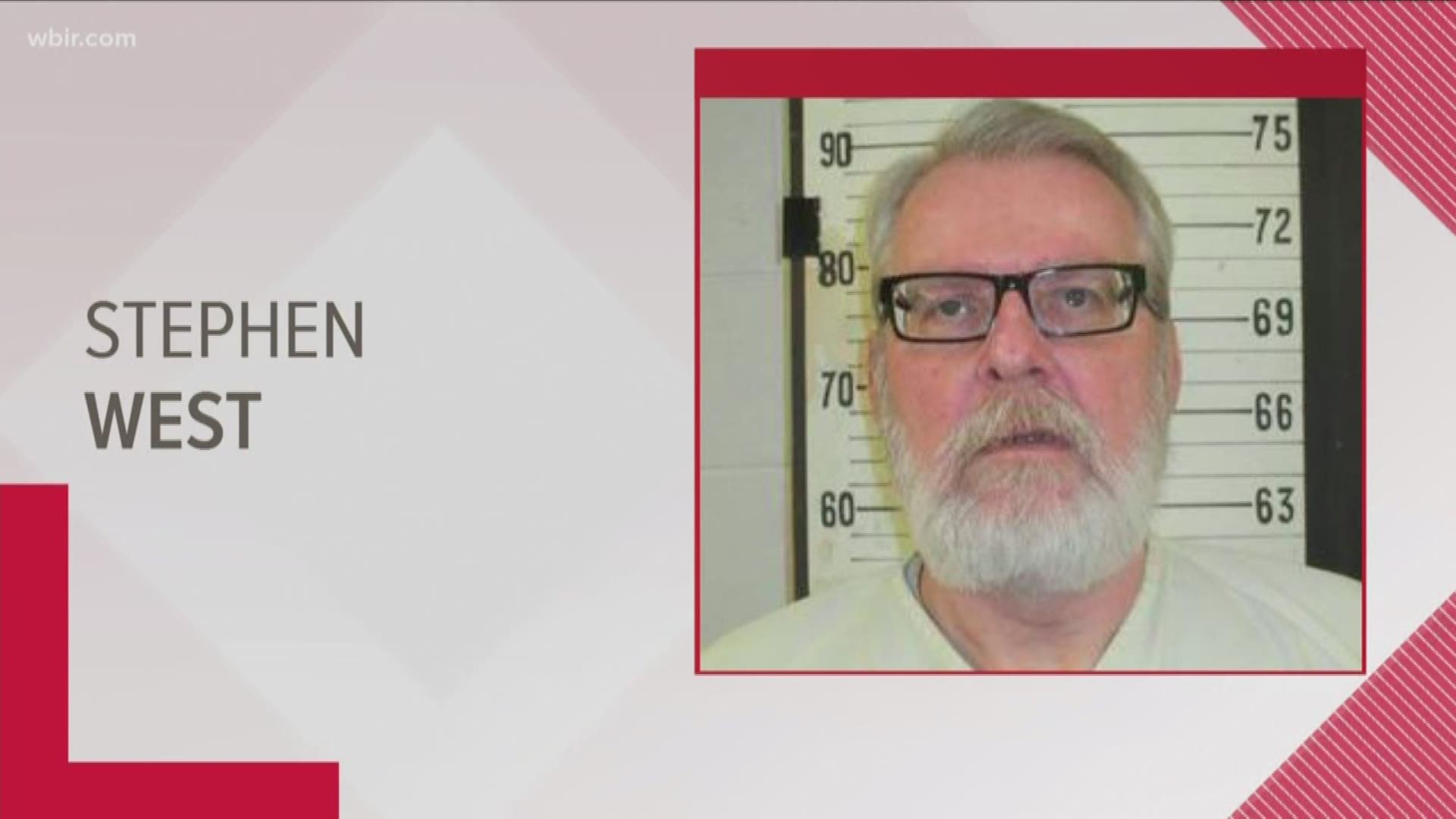 NASHVILLE, Tenn. — Stephen West, a Union County death row inmate convicted in an East Tennessee double-murder in the 1980s, has died after the State of Tennessee executed him at the Riverbend Maximum Security Institution in Nashville.

Witnesses said West began weeping, at some points 'uncontrollably,' as he uttered his last words: "In the beginning, God created man, and Jesus wept. That is all."

Witness Kathleen Jacob with Fox 17 in Nashville said she heard what sounded like a woman talking over the speakers before the execution began utter "We all love you," saying she believed it was West's lawyer.

Witnesses said West was making eye contact with them and continued sobbing just before they covered his face with the execution veil.

"I would emphasize that it's very difficult to watch a man weeping in the electric chair. He was beside himself, and that was evident," Steven Hale from Nashville Scene said.

Witnesses said West was strapped to the chair initially when they were first able to see him, saying he was pronounced dead after multiple rounds of electric current lasting roughly a few minutes. After the second round of current, witnesses said he showed no signs of movement.

Those who had witnessed other executions utilizing lethal injection compared their experiences with what they witnessed Thursday, saying electrocution was the quicker of the two methods.

Jonathan Matisse with the Associated Press was one of the witnesses to the execution of Billy Ray Irick in Aug. 2018. With West's death, he's now witnessed both methods of execution being carried out in Tennessee within the span of a year.

"It's just a completely different visual to watch," Matisse said. "The inmate is looking at your during an electrocution, but during an injection they're lying down just kind of looking upwards."

Why was Stephen West executed?

The 56-year-old Union County man was convicted in 1987 for the double-murder of 51-year-old Wanda Romines and her 15-year-old daughter, Shelia Romines. West was also convicted for raping Sheila.

The morning of March 17, 1986, West and Ronnie Martin drove to the Romines' home near Big Ridge State Park in Union County.

Wanda and Shelia Romines were the only ones at home.

Court records state West and Martin knocked on the door and Martin told Wanda Romines he wanted to borrow money. Martin previously tried to date Sheila, but she rejected him, a clemency filing said.

RELATED: Who is Stephen West and why is he being executed?

Police said after the men were let in, both women were tied up, tortured, and stabbed to death inside their home. Shelia was also raped.

Wanda Romines' body was found face down in her bed with her arms tied behind her back. Sheila’s body was on the floor of a separate bedroom. Both suffered “torture type” knife wounds.

Jack Romines found their bodies when he returned home from work.

The next day, March 18, 1986, West and Martin were arrested and charged with double murder. Both West and Martin admitted to being at the Romines’ home, but blamed each other for the killings.

West's trial began the year after the crime, in 1987. During the trial, West admitted he witnessed the crime at the home and claimed Martin was responsible for butchering the women.

West's defense said he feared for his own life. Prosecutors countered that West, an Army veteran, was a willing participant in a crime that could not have been committed by one person.

A jury convicted West in March 1987 of both murders and rape. West was sentenced to die in the electric chair.

After West's conviction and sentencing, Martin pleaded guilty to double-murder and was given two life sentences. Because Martin was 17, a minor, when the crime happened, lawyers argued he was not eligible for the death penalty.

Martin is now eligible for parole in 2030.

RELATED: 'There was a time when I thought it would never happen' | Steve West set to be executed by electrocution Thursday

RELATED: Here's why it takes so long to execute a death row inmate