Both inmates are scheduled to be executed later this summer. 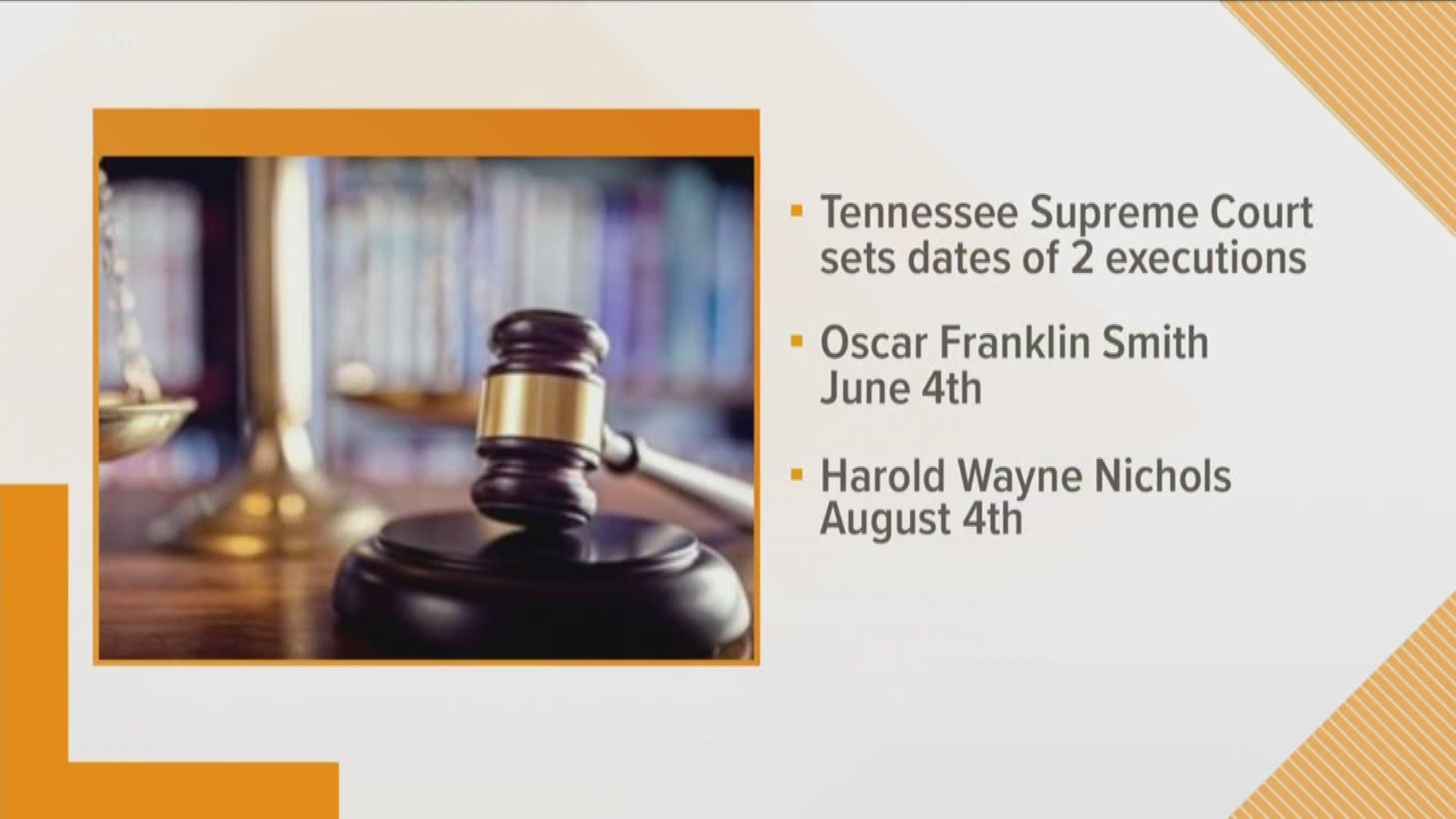 Oscar Franklin Smith, convicted of the 1989 murders of Judith Lynn Smith, 35, Chad Burnett, 16, and Jason Burnett, 13, in Nashville, is scheduled to be executed on June 4.

The state set an execution date of Aug. 4 for Harold Wayne Nichols, convicted on the 1988 rape and murder of Karen Pulley, 21, in Chattanooga.

Sutton’s execution date was set for Feb. 20. He was convicted for the murder of Carl Estep in 1985 in Morgan County.

Rahman, formerly known as James Lee Jones, has an execution date of April 9. He was convicted for the murder of Patrick Daniels in 1986 in Davidson County.