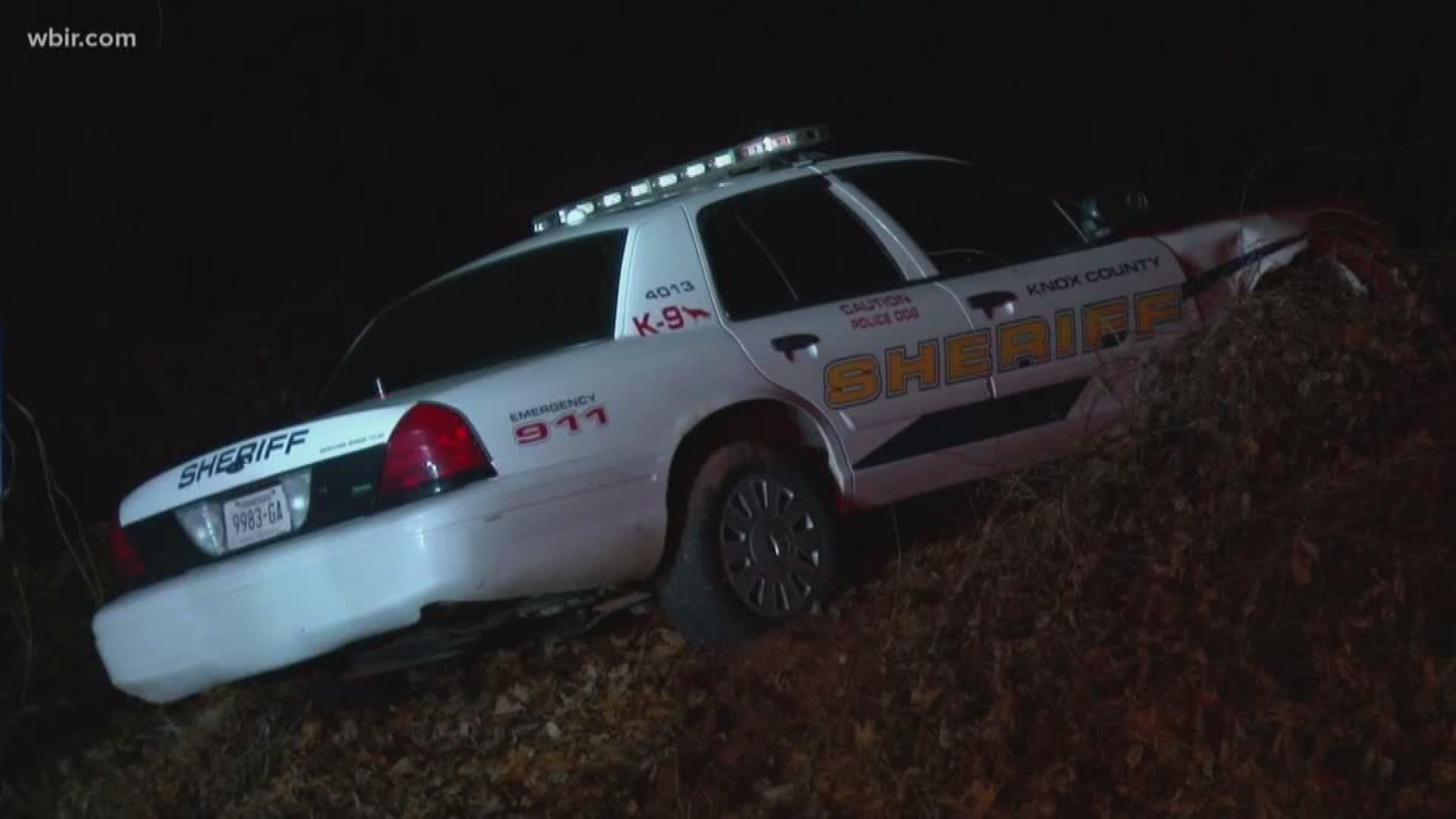 A suspect is in custody following a chase in South Knox County that ended off Chapman Highway.

According to the Knox County Sheriff's Office, Robert Gaylor Hoover faces several felony charges, including aggravated assault, evading arrest with the risk of death or injury, and driving while on a suspended license, following a chase involving several officers.

A deputy had to be taken to the University of Tennessee Medical Center for precautionary reasons.

Officers said Hoover's white minivan wrecked and had to be towed away. When 10News arrived at the scene, a tow crew was also pulling a KCSO vehicle with damage to its front end off an embankment with a winch.

An arrest warrant states Hoover's white Dodge Caravan did not have an operational tag light and when officers tried to pull him over, Hoover reportedly started driving with "no regard for public safety as he accelerated to speeds in excess of 80 mph".

Hoover allegedly changed lanes, ran red lights and turned into a field to be able to get out and run from investigators, the warrant states. 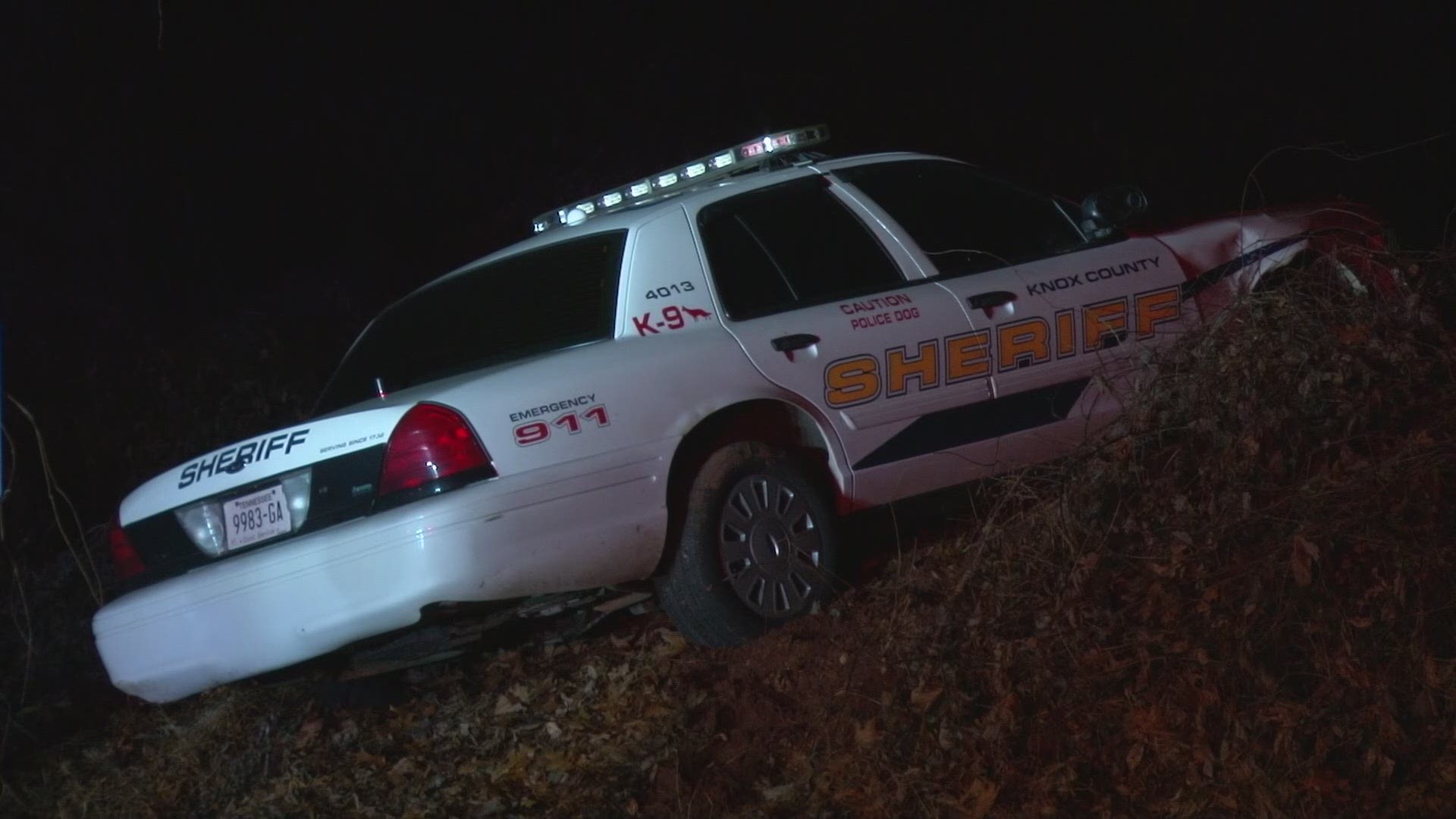