On May 2, deputies responded to reports of a possible shooting on Brickplant Lane in Jellico and found a woman dead inside a camper. 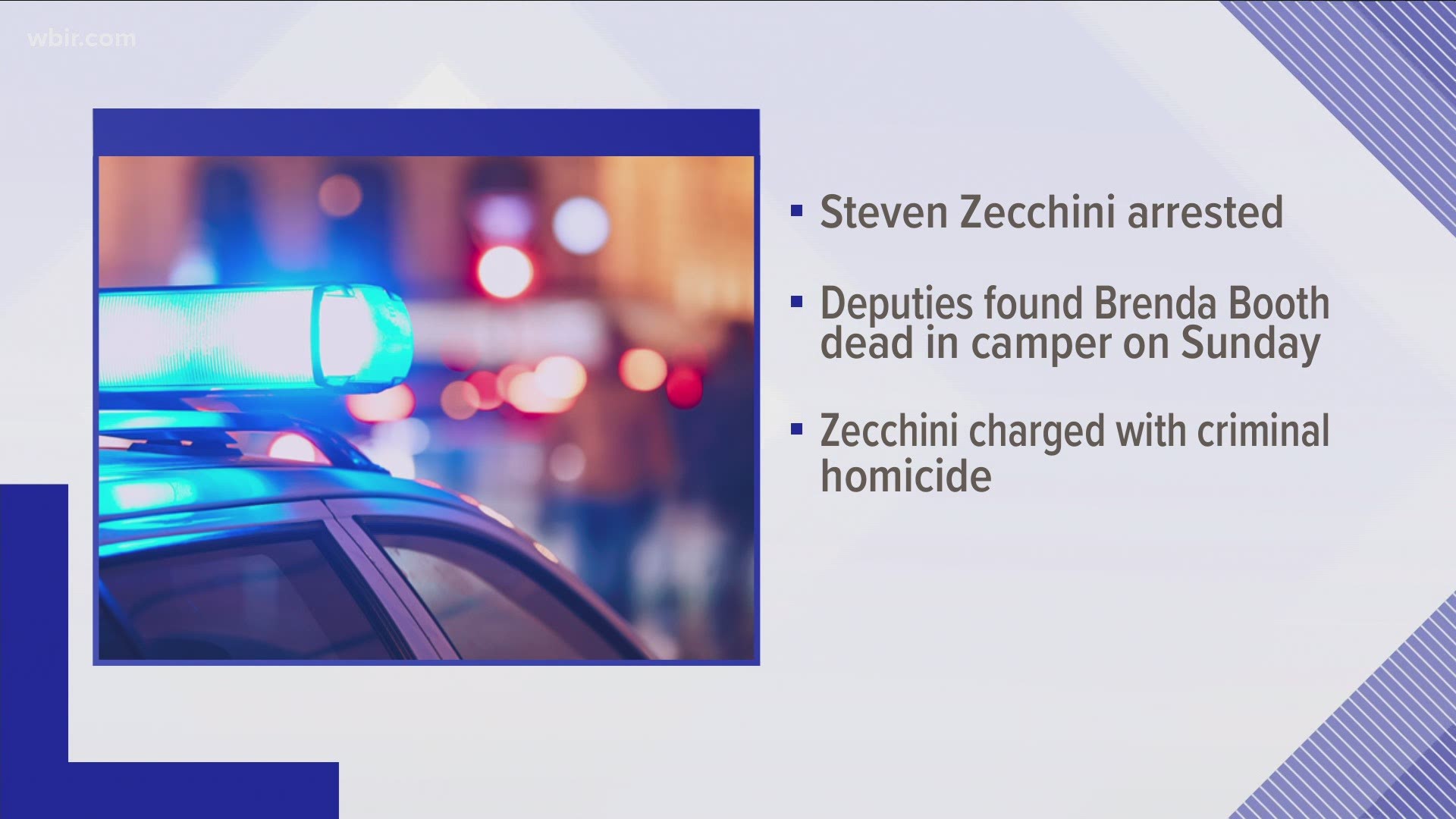 CAMPBELL COUNTY, Tenn. — A Campbell County man has been arrested after a homicide on Sunday, according to the Tennessee Bureau of Investigation.

They said that on May 2, deputies with the Campbell County Sheriff's Office responded to a possible shooting around 2:30 p.m. on Brickplant Lane in Jellico. They found Brenda Booth, 62, dead in a camper, according to a release.

Authorities said they identified Steven Zecchini, 56, from Jellico, as the main suspect. On Sunday evening, authorities charged him with criminal homicide.

Zecchini was arrested and booked into the Campbell County Jail, officials said. The TBI and CSCO worked together in the investigation.