David Rausch, the current TBI Director and former KPD Chief, knows the pain of the community losing teenagers in a crossfire. 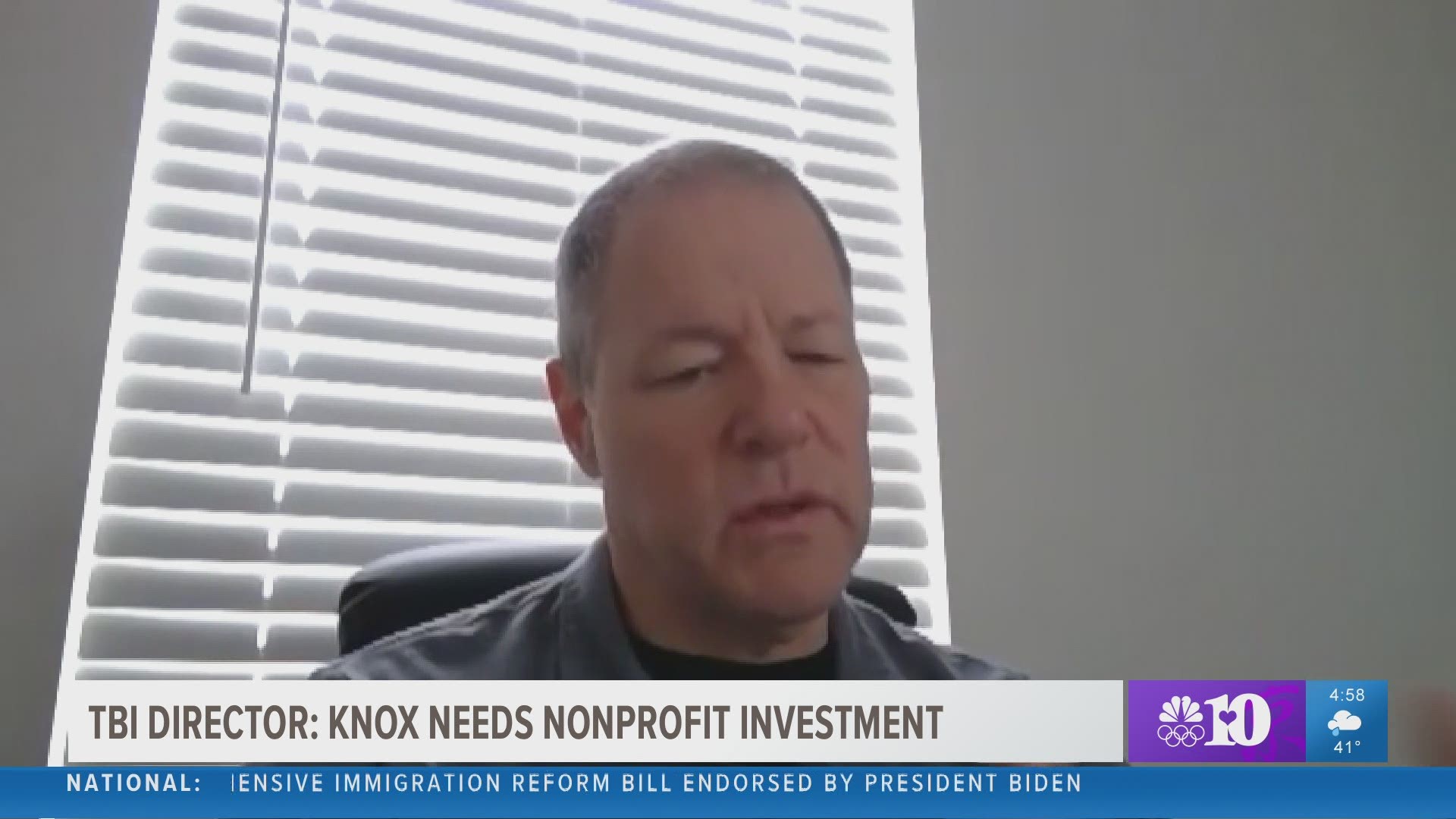 KNOXVILLE, Tenn — In a community hurting after losing three young lives to gun violence, millions of dollars are up in the air to help stop it.

The Tennessee Bureau of Investigation Director David Rausch said he hopes to see nonprofits at the center of city investment.

Rausch was chief of police in Knoxville when gun violence killed 15-year-old Zaevion Dobson and 12-year-old JaJuan Latham. His roots with the city are deep, even though he has an eye on the entire state now.

He admitted the recent killings in East Knoxville hurt just as much for the community.

"What I'm seeing going on right now is reminiscent, you know, it certainly brings it back," Rausch said.

According to recent statewide data from Rausch, homicides where a firearm is involved have increased exponentially over the last few months. Across the board, large cities in Tennessee saw a 50% increase in gun-related murders.

While Rausch admits it's impossible to pinpoint why this type of crime is up, the COVID-19 pandemic may be to blame. He said fewer people are out and about, which creates fewer witnesses.

"We've been through these days before and we can always rise above and show everyone else how to how to get through this," Rausch said.

Back in 2015 and 2016 after Dobson and Latham were caught in the crossfire of a shooting, Rausch and then-Knoxville Mayor Madeline Rogero worked closely with the Cities United group to create community resources like the Change Center.

"There doesn't need to be a new one created," Rausch said. "We have great organizations that already exist, that that can be invested in. [We need to] work through that and work on how we honor those who we've lost, to make things better for those we have still have around us."

It's an effort current Knoxville Mayor Indya Kincannon wants to continue. She proposed a $1 million budget amendment to help stop gun violence. The proposal will go before City Council on Tuesday.

"Some of the strategies that we're hoping to deploy here in Knoxville have been successful in other cities, some are hospital-based, some are community-based, but the main thing is that they work," Kincannon said in a Thursday Zoom press conference. "They're effective and they help stop the violence."

KPD is also requesting council permission to apply for a separate $1 million grant from the Bureau of Justice Assistance. It's called the 2021 Byrne Criminal Justice Innovation Program.

"The goal of the BCJI solicitation is to invest in jurisdictions with significant crime challenges that want long-term solutions, incorporating all four elements of the BCJI model. This includes programs aimed at developing or improving relationships between law enforcement and the communities they serve, including through community outreach and listening sessions, and supporting nonprofit organizations that focus on improving stressed relationships between law enforcement officers and communities."

While the grant can't be applied for until the City Council's approval on February 23, KPD Chief Eve Thomas thinks the money could really help.

"We feel like that that would help us to enhance our efforts in partnering with the community to combat crime and focus on gang violence, as well as gang education to our community," Thomas said.

She also mentioned the money could go toward installing cameras in East Knoxville.

Thomas admits Knoxville has gang activity, and Rausch confirmed gang-related crime is nothing new in the city. He explained that many gangs are neighborhood-based and are taking advantage of this isolated time to create more violence.

Rausch said trust between police and Knoxvillians needs to be strengthened so the community can start to heal. With recent national events, Rausch admitted there is a lack of resources and that officers' psyches are being affected.

Rausch said he will always have a heart for the Knoxville community and will be in town next week to meet with leaders.