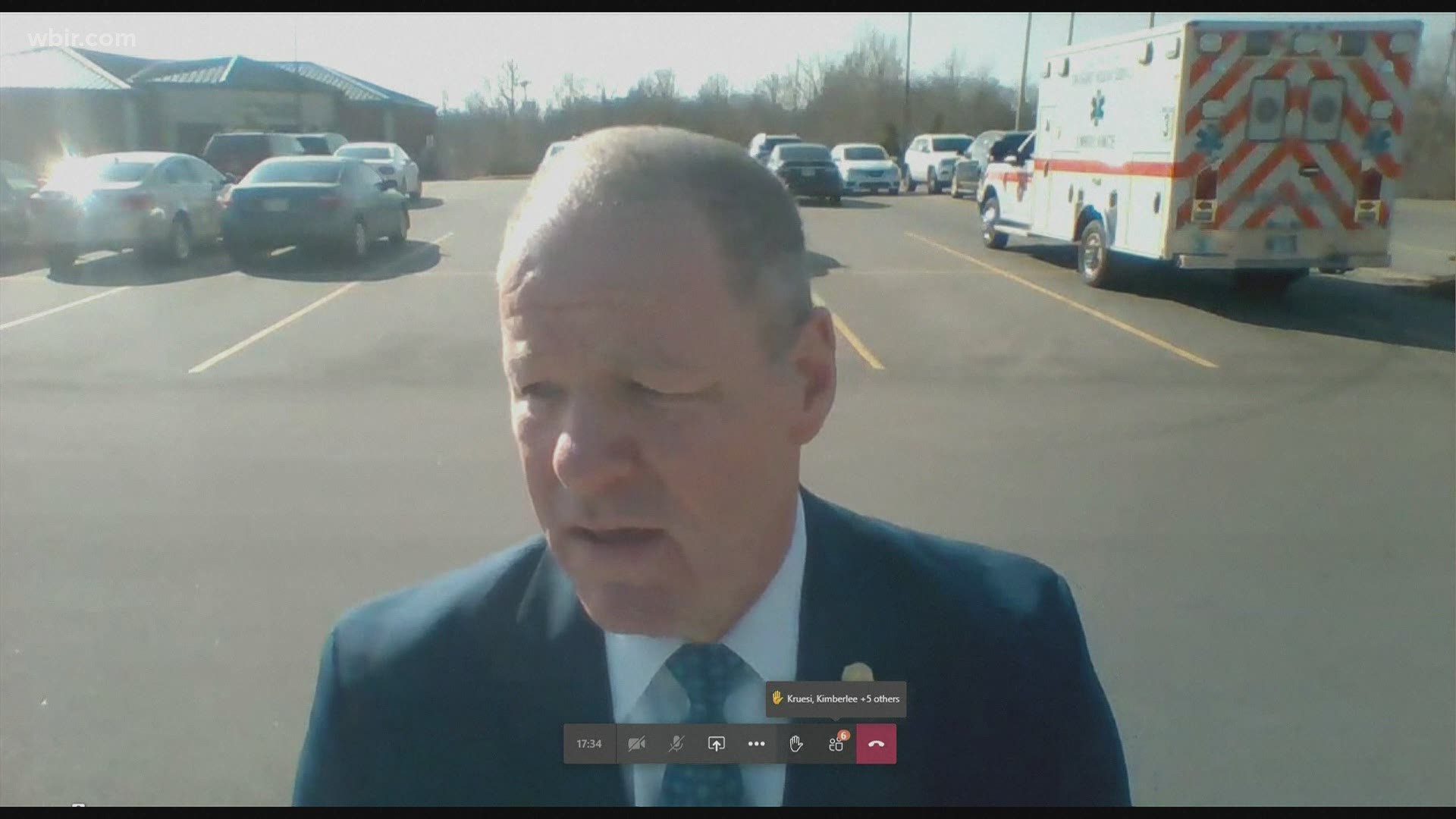 The TBI is helping federal, state and local investigators this week sift through scores of tips as authorities try to learn what led Nashville bomber Anthony Quinn Warner to blow up his RV in downtown Nashville on Christmas morning, TBI Director David Rausch told reporters Monday.

Rausch confirmed authorities had spoken with Warner's mother, who was "cooperative" in the investigation and that Warner's late father had once worked for BellSouth communications before it merged with AT&T.

The RV bomb on Second Avenue North went off about 6:30 a.m. Friday near an AT&T center, disrupting communications operations for many across Tennessee and the Southeast. Warner himself was knowledgeable about computers and IT, reports indicate.

Among the Metro Nashville patrol officers who responded to the scene first was Michael Sipos, a Knox County Schools graduate and University of Tennessee graduate.

Rausch, former Knoxville Police Department chief, said agencies were trying to piece together information about what drove Warner, a bachelor who lived alone, to act.

The Associated Press reported Monday that a neighbor of Warner's recalled him saying Dec. 21 that “Nashville and the world is never going to forget me.” Rick Laude said he had a chance conversation with Warner at his mailbox where he made the remark when Laude casually asked if Warner was expecting anything good from Santa for Christmas.

Public tips were "absolutely key" to helping investigators confirm it was Warner who parked the RV downtown and then set off the explosion that heavily damaged buildings in the surrounding area. Second Avenue North is home to residents as well as popular restaurants and bars.

Rausch said he couldn't address how Warner, 63, got the materials to blow up the RV, an older model that neighbors had seen parked at his fenced-in Antioch duplex.

The director said the Bureau of Alcohol, Tobacco, Firearms and Explosive was handling that angle.

Rausch said Warner hadn't been on the TBI's radar before the explosion. His TBI criminal record shows only a marijuana charge out of Davidson County from the late 1970s when he was a young man. 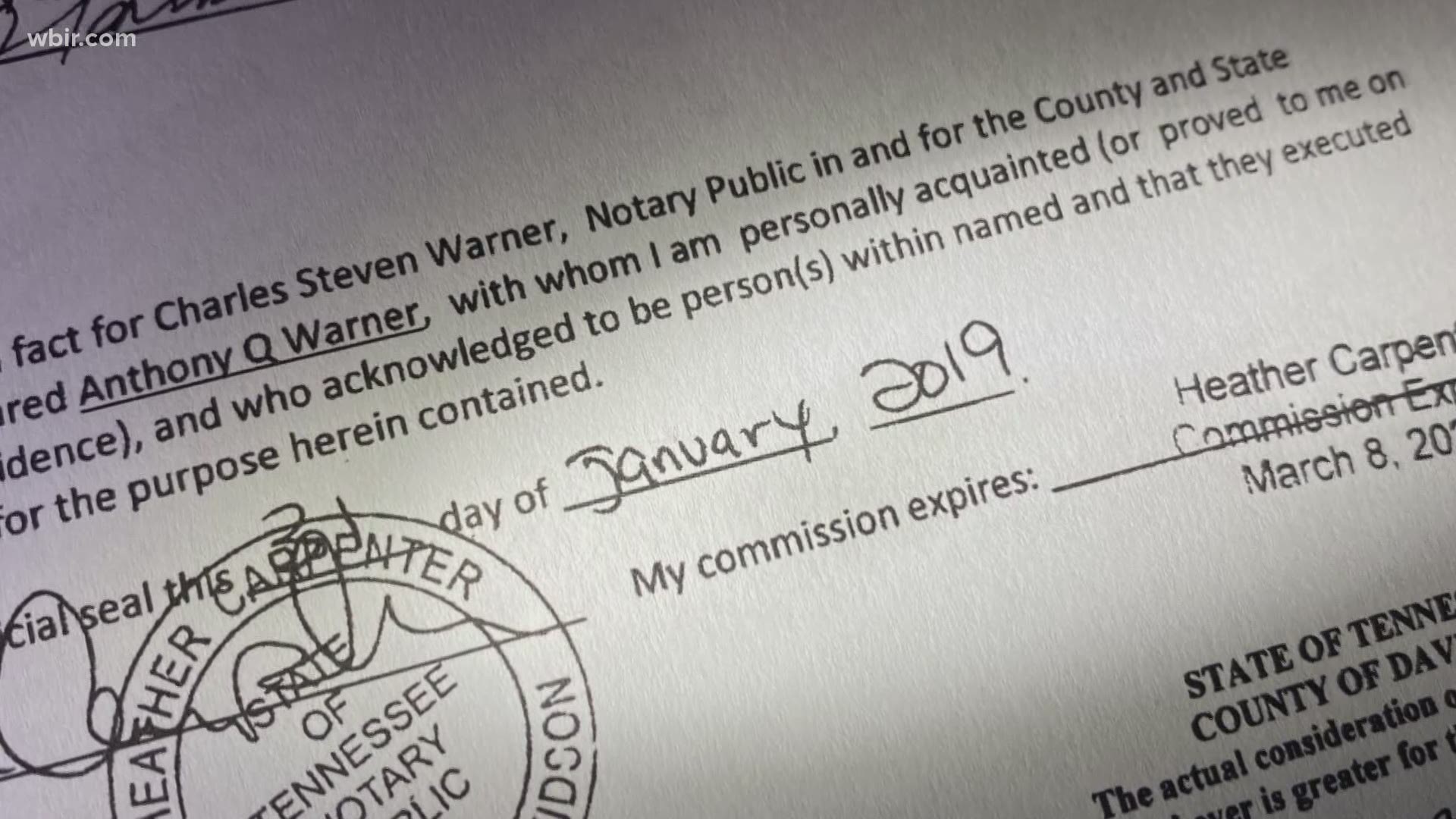 TBI helped match human tissue found at the scene to DNA recovered from gloves and a hat found in Warner's vehicle. They didn't need to conduct "familial" DNA analysis, he said.

When asked about a dog Warner may have owned and whether it has been found, Rausch said that was still under investigation.

A month before he set off the blast, Warner deeded his home over to an East Tennessee woman now living in Los Angeles, WBIR has reported. She has told one media outlet she was unaware of that.

Warner in 2019 also deeded over a home to the woman, who then turned around and transferred it to a woman named Betty C. Lane.

Rausch said while he hasn't inspected all of the blast site, he noted it was "very devastating," charring several buildings.

The impact destroyed the RV and blew out windows of some businesses.

Before detonating the RV, Warner rigged up a recording in the RV to play warning messages and a recording of Petula Clark's 1960s hit, "Downtown."

WSMV in Nashville reported that a source close to the federal investigation said that among several different tips and angles, agents are investigating whether Warner was paranoid that 5G technology was being used to spy on Americans.