Cynthia Butterworth said she discovered messages between her teenage daughter and 23-year-old James Michael Wright, the carnival worker accused in her death. 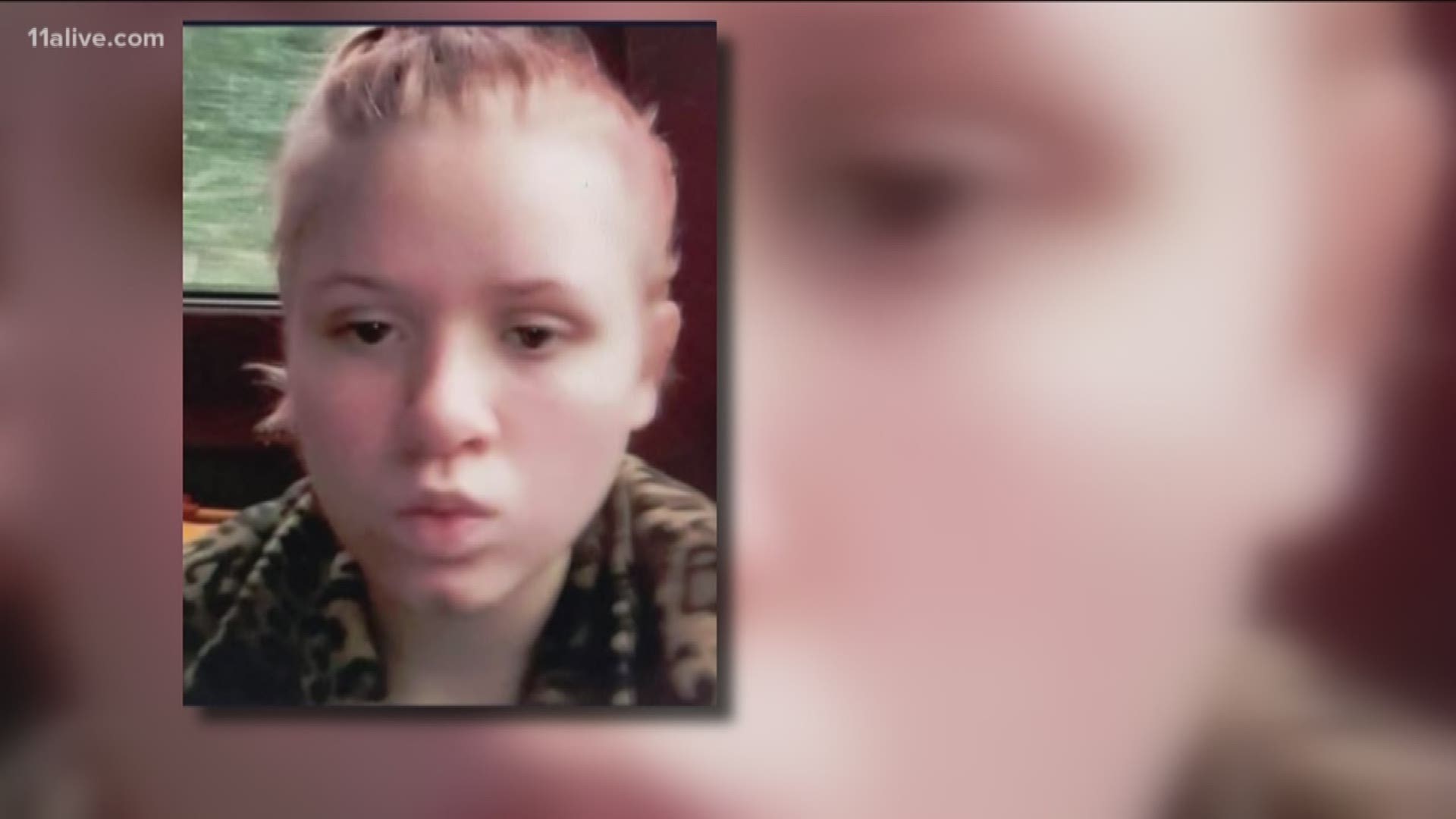 COBB COUNTY, Ga. — Joycelyn Alsup had a habit of leaving home, said her mother, Cynthia Butterworth. The 17-year-old had a mind of her own and would sneak off to friends’ houses – but would always call to check in. Butterworth called her a “weekend runaway.”

“She would runaway ever since October of last year. At least every weekend she would go,” Butterworth said from her home in Cobb County. “She couldn’t stay cooped up. She would say, ‘mom, let me go out. You know, I don’t trust people here.’”

In early March, Butterworth reported her daughter missing to the Cobb County Sheriff’s Office, because this time, she didn’t come home.

“Monday comes around and there is still no word,” Butterworth said. “She hasn’t shown up, and I’m like, this isn’t her.”

On Monday, two weeks after Alsup disappeared, Butterworth saw her daughter’s name popping up on social media – then she saw a press conference held by the Washington County Sheriff’s Office in Virginia.

Authorities announced that a traveling carnival worker had confessed to killing three women within an 18-day period. James Michael Wright, 23, said he met his victims through his travels with the carnival. That’s when Butterworth realized her daughter could be one of his victims.

“I replayed God only knows how many times, and I just couldn’t believe they were talking about her,” Butterworth said.

She also told 11Alive’s Joe Henke that she knows where her teen daughter met the accused killer – at the carnival last year. Butterworth said Wright was working for a carnival company at the North Georgia State Fair and he offered her children free horse rides.

Sometime later, she found social media messages exchanged between Wright and Alsup on social media, after they met at the Cobb County fair.

“I will marry you,” Butterworth recalled the texts saying. “I’m like, ‘that’s just creepy.’ I told her not to have anything to do with him anymore, and as far as I know, she didn’t.”

Wright got on police radar in Tennessee after a woman he was spotted with – Athina Hopson – disappeared. After detectives interrogated Wright, they obtained a search warrant to search his truck, which had been heavily damaged in an accident involving a school bus. Hopson’s cell phone was found in that truck, police said.

Wright told police he shot and killed Vanmeter after an argument near her home in Carter County, Tennessee on Feb. 28.

On March 9, one day after the teen’s mother reported her missing, Wright said he killed Alsup. He told police he had sex with her, then shot and killed her and covered her body with logs in a wooded area near his home, according to warrants obtained by WCYB.

Wright told police Hopson was killed on March 17, after he “tripped” and shot her in the head, according to investigators. He told police he loaded her body into his pickup truck bed and was taking her to the hospital when her body fell out of his truck. Wright told police he got scared and dumped Hopson’s body in the Holston River.

On May 10, investigators said they found two bodies on Wright’s property, believed to be Vanmeter and Alsup. One body was found in a shallow grave, the other was placed under logs. Hopson’s body has not been found.

A firearm used in the three deaths has been recovered, according to police. Wright is held without bond in the Southwest Virginia Regional Jail in Abingdon, Virginia. On Monday, the Commonwealth’s Attorney Josh Cumbow said the death penalty is on the table.

Butterworth said she doesn’t believe her daughter would have left the state – and she believes Wright tricked her into leaving with him – or perhaps, he may have kidnapped her.

“He needs the death penalty. An eye for an eye, a tooth for a tooth. I know that sounds mean, but God forbid taking anybody’s child - a baby,” Butterworth said. “It isn’t just Joycelyn, it’s the others. Even torture is too good for him.”

Right now, Butterworth said she’s focused on getting her daughter’s body back to Georgia, so they can plan her funeral and start the grieving process.

Material from WCYB and WBIR was used in this report.