The young man began living with Justin and Kelsey McCarter when he was 14 in 2014, according to the document. 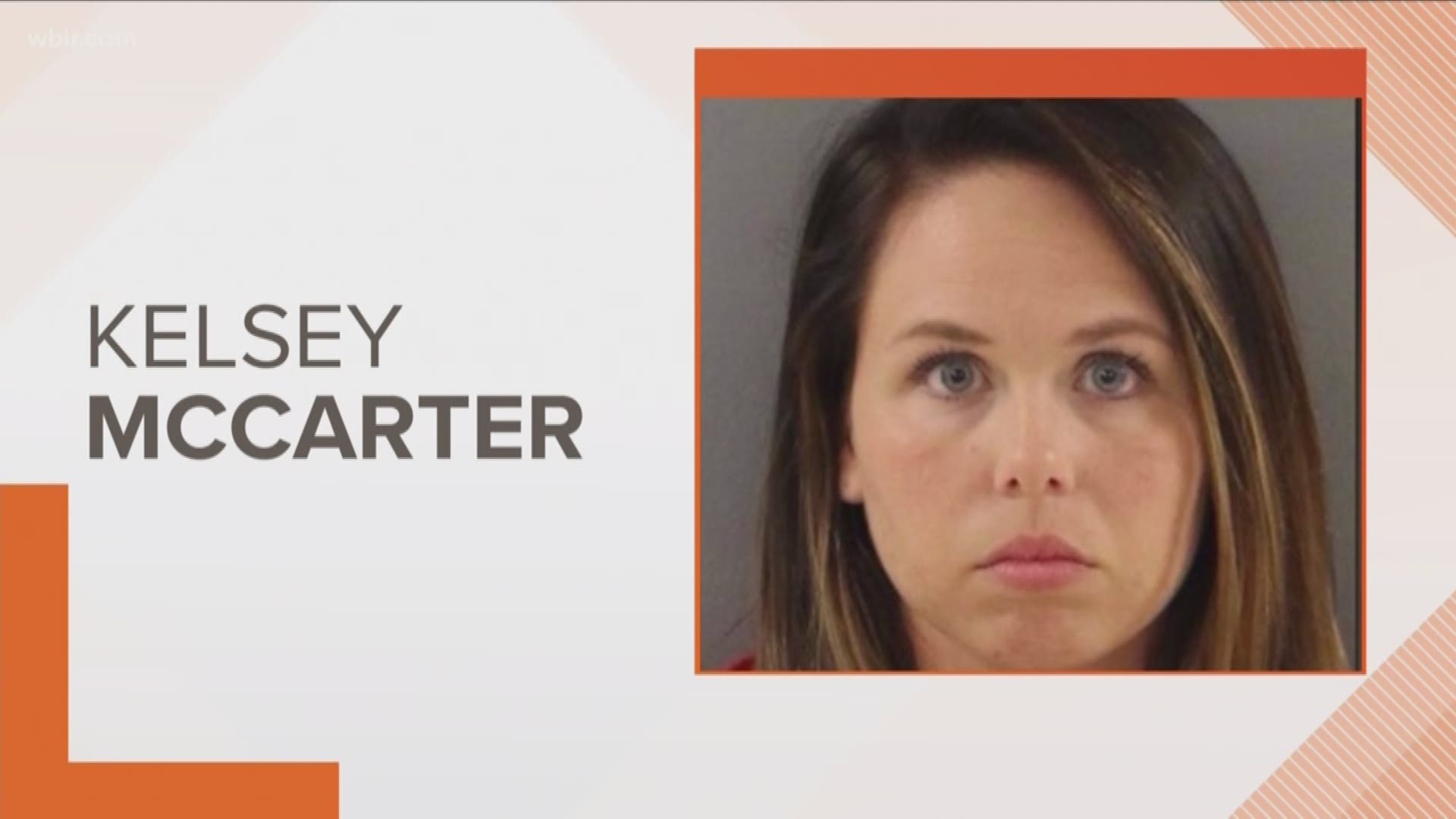 A former South-Doyle High School student alleges his assistant coach's wife repeatedly sexually abused him while he lived with the couple in 2015.

An attorney for the young man also alleges former assistant coach Justin McCarter knew or suspected the teen and his wife were having sex and ordered him out of the house.

Named as defendants are Justin McCarter, wife Kelsey McCarter and the Knox County Board of Education.

Attorneys for the young man allege he's suffered mental and emotional pain for which he's getting mental health treatment. He's since moved out of Knox County.

The lawsuit seeks damages of no less than $2 million.

Kelsey McCarter pleaded guilty in Knox County Criminal Court in September 2017 to several charges including statutory rape by an authority figure. She's serving a three-year sentence and was required to register as a sex offender.

Justin McCarter ended up resigning his coaching position at South-Doyle. Revelations about the case prompted two South-Doyle administrators to be put on leave, although they were not charged.

The teen and his brother went to live with the McCarters in 2014 when he was 14, according to the lawsuit. Justin McCarter was a teaching assistant and assistant coach at South-Doyle at the time.

The young man played football at the school.

Justin McCarter eventually told the boy to leave, according to the lawsuit, but Kelsey McCarter continued to have sex with him. He ended up moving back into the house.

They continued to have sex at various times until January 2016. The teen was kicked off the South-Doyle team and transferred to Fulton High School, according to the lawsuit.

School officials at South-Doyle learned of an "inappropriate photograph" of Kelsey McCarter, sent to the teen, that was circulating social media and an internal investigation began.

The lawsuit alleges school officials failed to immediately alert the Department of Children's Services after learning about the photo. Justin McCarter also had a duty to immediately report what he knew or suspected about the relationship but failed to do so, the lawsuit states.

The teen and his attorney Jedidiah McKeehan allege the school system also failed to properly train personnel on how to handle reports or suspicions of alleged abuse involving an underage student.