The ruling is a blow to 33 death row inmates who had challenged the state's lethal injection protocol, saying it led to cruel and unusual punishment forbidden by the U.S. Constitution. 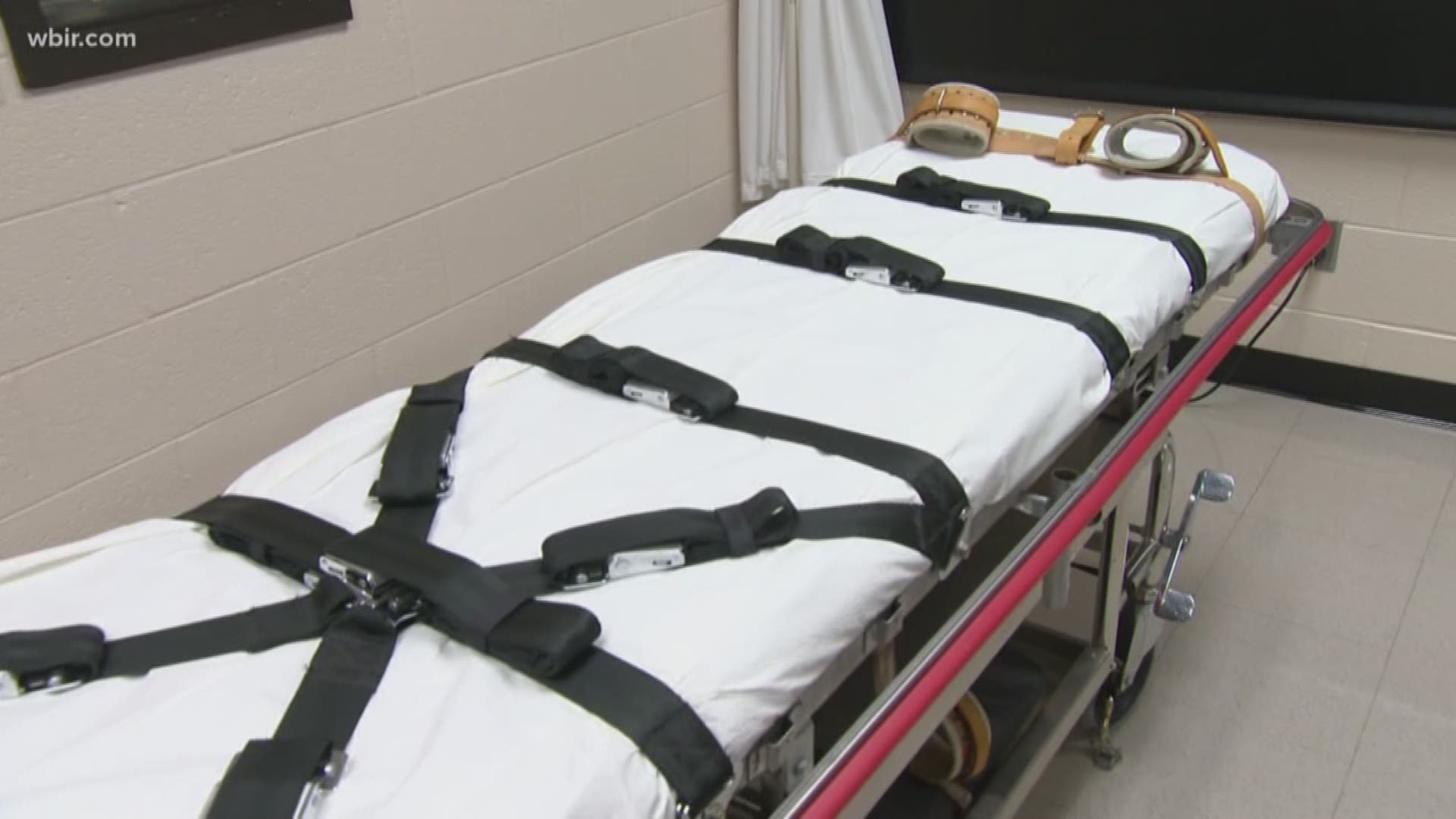 Tennessee can use controversial drugs to execute inmates on death row despite concerns from defense attorneys and experts that doing so is "akin to burning someone alive," a Nashville judge ruled Friday.

The ruling is a blow to 33 death row inmates who had challenged the state's lethal injection protocol, saying it led to cruel and unusual punishment forbidden by the U.S. Constitution. Among them is Billy Ray Irick, who is scheduled to be executed Aug. 9.

But the ruling won't be the final word.

Both sides were poised to appeal depending on the outcome of the two-week trial on the efficacy of the state's lethal injection protocol, which ended Tuesday.

"It is not enough, the United States Supreme Court has held, for the inmate to claim that

the State’s method of execution is cruel and unusual," Lyle wrote. "The inmate must also make a claim in the lawsuit he files and must prove at trial in his case that there is a known and available method to execute him that, in comparison to the State’s execution method, significantly reduces a substantial risk of pain."

Lethal injection is the primary means of carrying out the death penalty in Tennessee, although the electric chair is also legal. The state had used pentobarbital, a barbituate, but manufacturers have largely stopped selling the drug to anyone using it for executions.

In 2017, the general counsel for the Tennessee Department of Correction said the state did not have the drugs needed to carry out an execution but could get them if they needed. In January, the state adopted a new lethal injection protocol that called for a three-drug cocktail.

The inmates, who filed the suit against the state in February, did not argue against the death penalty itself. Instead, they focused on the use of midazolam, the first drug in the state's protocol, that is meant to put an inmate to sleep before two other drugs stop the heart and lungs.

Experts who testified on the inmates' behalf said midazolam is often ineffective, leaving people awake and aware of the acidic poison that kills them. The experts pulled examples from executions across the country, in which witnesses saw inmates thrashing, moaning and crying as the drugs coursed through their veins.

"That is akin to burning someone alive. That is not hyperbole. That is not an exaggeration," said Kelley Henry, a federal public defender who led the inmates' case. "That's avoidable."

Deputy Attorney General Scott Sutherland, who represented the state and the Department of Correction, tied midazolam to ongoing work to make executions more humane. He said any pain inmates felt didn't meet the threshold of torture.

He pointed to rulings from the U.S. Supreme Court and other judicial panels that upheld executions using midazolam. And he said that the inmates had failed to prove pentobarbital was readily available to be used instead of the three-drug protocol, a prong they must address, according to the Supreme Court.

As both sides gear up to face the Tennessee Court of Appeals, it's expected attorneys for Irick will ask the Tennessee Supreme Court for an emergency stay of execution. The request would ask the court to delay carrying out Irck's death sentence until after the appeal is heard.

Gov. Bill Haslam said earlier Thursday his office is reviewing Irick’s mental health as it weighs his petition for clemency. Advocates argue Irick was in a psychotic state when he committed the rape and murder and should therefore not be executed.

Haslam said she and his staff are watching for Lyle's decision and how the appellate court handles the case.

It's still unclear when the governor will make a clemency decision on Irick's case.